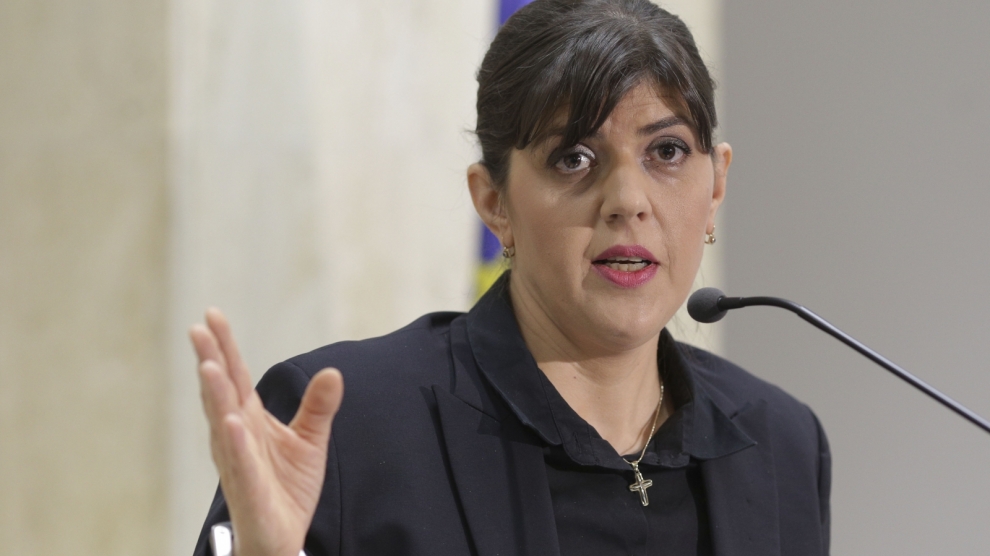 Laura Codruța Kövesi, the favourite to become the first-ever EU public prosecutor, has been indicted on charges of abusing her position while serving as the boss of Romania’s anti-corruption unit, the DNA.

The charges, brought by prosecutors at the controversial Special Section for the Investigation of Magistrates (which exists outside the jurisdiction of Romania’s independent prosecutor general, answering directly to the country’s justice minister, Tudorel Toader), have also been accompanied by a travel ban, meaning that she cannot travel abroad.

Ms Kövesi, who is enormously popular in Romania and widely respected across Europe, has also been forbidden from talking to the press about specifics of the case. She did, however, tell journalists: “I guess that some people are so worried that I might get the EU prosecutor’s job that I’m not allowed to speak to the media anymore,” adding that, “the indictment is a measure intended to silence me, to harass all of us in the judicial system who did our job.”

The news that Ms Kövesi had been formally charged brought immediate and indignant reaction from senior European and NATO officials.

Manfred Weber, the European People’s Party candidate to succeed Jean-Claude Juncker as president of the European Commission, called the decision “concerning and unacceptable.”

Ska Keller, co-president of the Green-European Free Alliance in the European parliament, was particularly critical of the Romanian government.

“It is extremely dubious and worrying what is happening in Romania right now,” she said. “The Romanian government has been attempting to block Laura Codruţa Kövesi from becoming European chief public prosecutor for a long time. Now, a newly formed judicial unit that is directly controlled by exactly this government accuses her of corruption. Romania must guarantee an independent investigation and full transparency.”

Romania’s NATO allies have also been quick to react.

Kevin Hamilton, the Canadian ambassador to Romania, Moldova and Bulgaria wrote on Facebook: “I am troubled by reports that Laura Kövesi has been placed under judicial control by the Romanian authorities, prohibited from leaving the country, and banned from speaking to the media.”