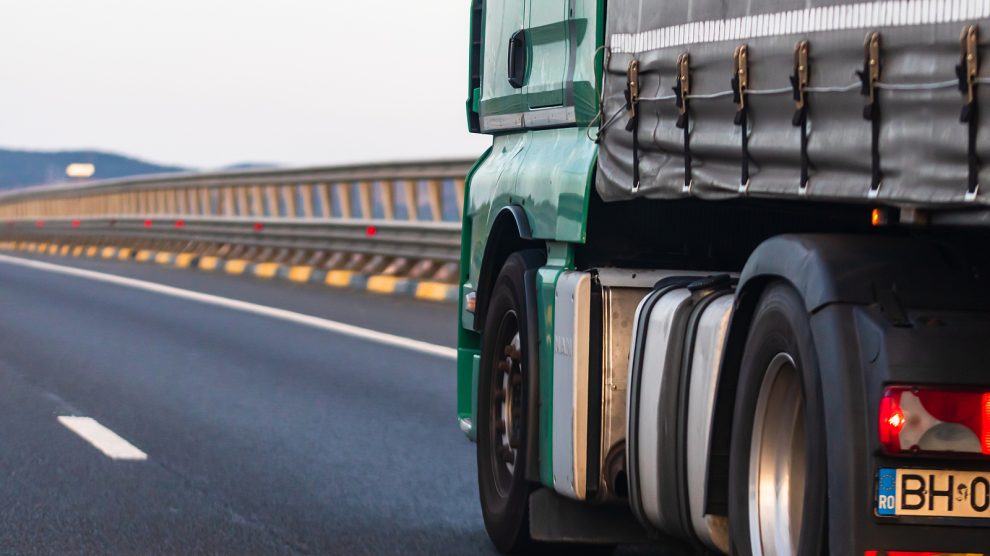 Schengen membership was only ever part of the solution to solving infrastructure problems in Romania and Bulgaria. Romania in particular needs more motorways.

Even the briefest of glances at a map of Europe betrays the fact that the length of motorways each country can boast diminishes the further east you go.

Even countries in Central and Eastern Europe with extensive motorway networks, such as Hungary, Croatia, and Slovenia still suffer from some missing links (usually at borders) that can cause delays.

These infrastructure gaps hamper cross-border road transport moving between eastern Hungary and Slovakia, Slovakia and Poland, Croatia and Slovenia, Bulgaria and Romania. There are other examples.

Less common, however, are gaps within the individual countries themselves, at least amongst European Union member states who have managed to tap Brussels funding over the past two decades to improve their road networks.

Poland’s motorways for example may not be extensive, but the country can now boast one north-south and two east-west routes. One of these, the A4 in the south of the country, has been crucial to the prompt delivery of aid – both humanitarian and military – to Ukraine.

Romania, and to a lesser extent Bulgaria, remain exceptions. Both countries lack a continuous, cross-country motorway linking one side of the country with the other (be it north-south or east-west).

In Romania, its Carpathian gap – the absence of a motorway through the Carpathian mountains, linking Bucharest with Transylvania – hampers cross-European trade, as trucks get stuck on the single-carriage highways that currently snake their way through the Olt and Prahova valleys.

When Austrian and Dutch vetoes denied Romania and Bulgaria Schengen membership late last year, both countries bemoaned the economic opportunities that missing out would deny them. But joining Schengen was only ever part of the solution to their infrastructure woes. Indeed, removing the filter offered by border checks may only have increased congestion elsewhere.

When they do eventually make it into Schengen, both countries will need more motorways to take full advantage.

“Romania’s lack of adequate infrastructure and prevents us from being competitive in terms of transport and logistics,” says Matei Păun, founder of Black Sea Fund, an investment fund focused on SME transactions in Romania. “There is no point in having a cheap workforce if we cannot deliver what we produce in a decent manner,” he adds.

Carving a motorway through the Carpathians has long been a goal of successive Romanian governments: the idea even predates the revolution of 1989. One of the country’s current motorways, the A1 from Bucharest to the city Pitești, at the foot of the Carpathians, was completed in the 1970s. It remained the only motorway in the country until 1987, when a small section of the A2, which links Bucharest to the port of Constanța, was opened.

More than five decades after that first section of the A1 opened, it still comes to an abrupt end at Pitești – quite literally, as any Romanian driver will tell you, in the shape of a nasty left-hand turn. It begins again at the town of Sibiu, from where it makes its way almost continuously (there is another, short gap on the section from Deva to Lugoj) to Hungary and beyond.

“Efficient infrastructure is why Poland, Hungary, and Czechia dominate in attracting foreign investments. Geography doesn’t help us, but we could compensate for this with good infrastructure. I’ve been saying for 20 years that we need a strategic, national-interest, fast-track programme to improve infrastructure,” adds Păun.

Part of Romania’s problem is that for decades, different governments have had different priorities regarding which route over the Carpathians to take. Although the route of the A1 (through the Olt Valley) has always been favoured by the European Union and forms part of its pan-European transport network, Romania wasted years attempting to persuade Brussels that the A3, which would cross the Carpathians over the Prahova Valley and Predeal Pass, should be the preferred option.

The preference for the A3 was always about what Bucharest wanted, grumbles Mihai Simniceanu, a long-distance lorry driver, over coffee at a truck stop near Robeşti in the Olt Valley in central Romania.

“[The A3] would make life easier for people from Bucharest visiting the Prahova Valley [home to the country’s leading winter resorts] but is not so attractive for us. We just want to get across the country as fast as we can,” he says.

Like most Romanians, however, Simniceanu admits that at this stage he just wants a motorway.

“It seems as though things are moving around here,” he says, raising his head in the direction of a new section of motorway opened in December. The section in question is the first of five on the A1 that will eventually close the Carpathian gap, creating a seamless, continuous motorway from Bucharest to the Hungarian border.

Romania’s government says all work will be complete by 2028, although according to Asociația Pro Infrastructură, a group which monitors Romania’s key infrastructure developments, 2030 is a more likely target.

Far too late for Simniceanu: he plans to retire long before then.

Explainer: What is Hungary doing in the Organisation of Turkic States?
The last word: Events worth returning to
Comment