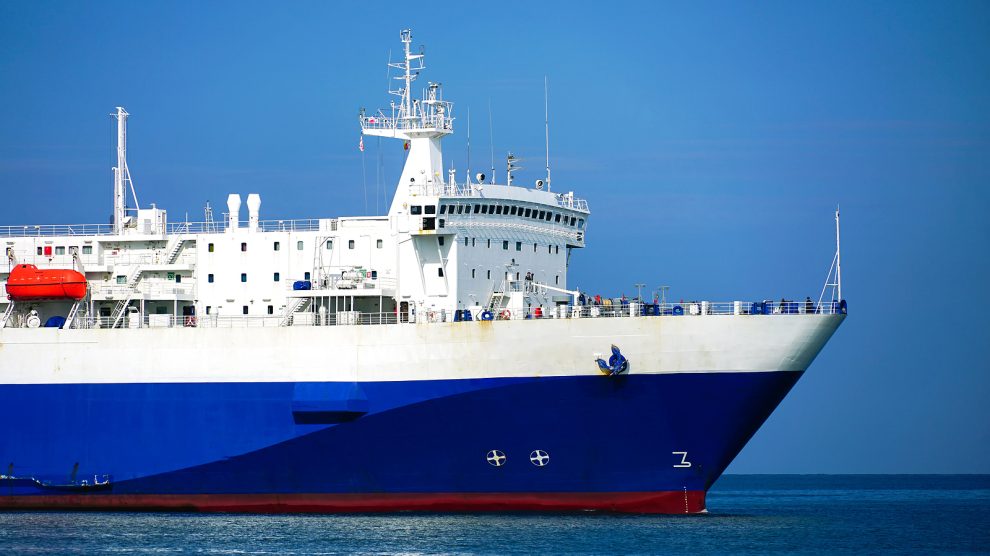 Even before Russia invaded Ukraine, passenger ferry services between the five countries of the Black Sea were few and far between. A possible new service from Constanța to Istanbul might be about to change that.

The Greek port of Piraeus is a bewildering place for the uninitiated. At any time of day or night hundreds of ferry boats stand docked and ready to ship passengers and freight to all points of the Adriatic and beyond. Shipping agents hurriedly conclude last minute deals as backpackers look for the cheapest way of reaching their Greek island of choice. Fast-food joints do a roaring trade despite their questionable fare while seedy bars host stricken sailors and ne’er do wells from across the globe.

It often comes as a surprise to many people that once you pass through the Bosphurus into the vast Black Sea, there is nowhere remotely like Piraeus. While none of the major ports on the Black Sea want for questionable fast-food joints or seedy bars, they do lack for ferries. Where a vast network of ships crisscrosses the Adriatic, just a handful of ferries service the Black Sea.

Nor is this sorry situation a consequence of Russia’s war on Ukraine: even before Moscow launched its brutal invasion, Black Sea ferries were thin on the ground. Ships sail from Varna in Bulgaria to Batumi and Poti in Georgia three or four times a month (the journey takes three days), while (before the war) others linked Odesa’s port of Chornomorsk to Karasu in Turkey, as well as Varna and Batumi.

In the east, the passenger-only (nor cars or lorries) Batumi Express links Sochi in Russia with the Georgian resort in around five hours, but when it comes to crossing the Black Sea that – even at the best of times – is it.

Indeed Romania, the fifth of the Black Sea states, is not currently served by any scheduled ferries, although the head of the country’s customs authority, Bogdan Mihei, claimed this week that Turkey was planning to introduce a pilot service to Constanța in January next year. The target market here is again freight lorries.

With the exception of the Batumi Express, the one Black Sea service marketed solely at passengers, getting a berth on one of the ferries that does exist usually requires a great deal of patience. Sailings are irregular, rarely depart on time (they have a habit of leaving both early and late), and priority is given to lorries carrying freight. If there are no spaces left, tough – and that’s if you can find out where and how to buy tickets, information that some of the shipping companies appear to treat as strictly secret.

It’s almost as if they don’t want any passengers.

“With the help of a Bulgarian shipping engineer my father once worked with, we found the ferry company’s offices in Varna, and waited for an employee to show up,” says Răzvan Imre, a Romanian who took a ferry from Varna to Batumi in the summer of 2021. “It was the only way to buy a ticket.”

“On the day of departure we were then told to arrive early in the morning to secure a sport onboard, but didn’t sail until late in the evening. On the return journey we drove back, through Turkey.”

If, like Imre, you do make it on board, conditions will usually be spartan, although the price of a ticket includes three meals a day, served with minimal fuss in a galley. There is not usually a café, bar or restaurant. Don’t expect any entertainment beyond a television. “Don’t even think about Wifi,” says Imre. “Bring some books.”

While the three-day trip to Batumi is never likely to be one of the world’s more beaten tracks, the lack of ferries elsewhere on the Black Sea is not due to lack of demand. This is a region where the car is king, where everyone wants to take their car with them – even on holiday. The ferries of the Adriatic are full of Bulgarians, Romanians, Turks; cars in tow. If there were more ferries between their own countries then they might well use them.

Michael Bird, an English journalist based in Bucharest who has written at length about the countries and peoples of the Black Sea, believes that the lack of ferries is a continuation of a wider problem.

“All transport links since 1990 have looked west,” he says.

And he’s right. Across emerging Europe – not just the Black Sea region – road, rail and maritime infrastructure are considerably less well-developed than most analysts expected by this stage of the region’s transition. And where there has been improvement it has been in the shape of infrastructure heading west, ignoring north-south (or eastwards) connections.

It’s a problem that the Three Seas Initiative – a fast-developing economic project in Central and Eastern Europe currently involving 12 countries – wants to help solve, although ferries on the Black Sea are not (yet) one its priorities.

Should the proposed Turkish service to Constanța ever make it out of port – “a ship is not a bad idea,” says Bird, who suggests that a Constanța – Varna route could also work – it will be interesting to see if it becomes anything more than a haulage service dotted with the occasional curious car or foot passenger – the fate of most of the other Black Sea ferries.

There’s every chance it may prove popular with travellers, however. To drive from Constanța to Istanbul currently takes around nine hours. A ferry would take about the same time, but – assuming Romania and Bulgaria do not become part of the Schengen zone any time soon – would cut out two often lengthy customs and passport checks.

A fixed sailing schedule and a lack of secrecy over where and how to buy tickets would certainly offer it a head start.