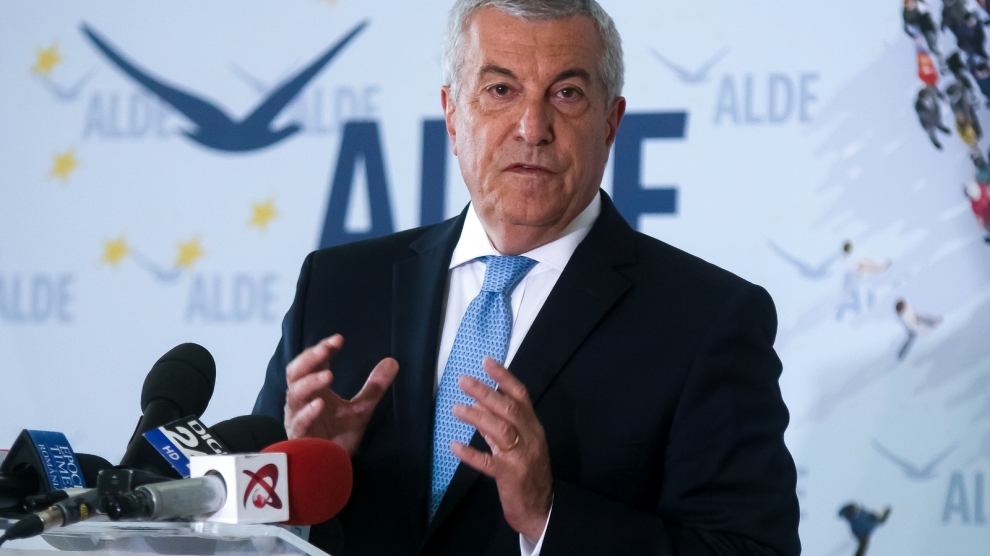 ALDE, the junior party in Romania’s ruling coalition, has announced that it is pulling its ministers out of the government amidst a row over government restructuring and the nomination of its leader, Calin Popescu-Tariceanu, for president.

Mr Popescu-Tariceanu (pictured above) will also step down as speaker of the Romanian senate.

“It’s best we leave now, while we are still on amicable terms,” said Mr Popescu-Tariceanu, who added that his party’s MPs would vote with the opposition in the case of a no-confidence motion.

ALDE currently holds four ministerial portfolios: foreign affairs, energy, environment and parliamentary liaison. Three of the ministers are expected to hand in their resignations on August 27, although it is believed that Ramona Manescu, the foreign minister, may not follow her ALDE colleagues out of the government. Manescu was installed as foreign minister only a month ago.

“We will continue to govern,” said Viorica Dăncilă, Romania’s prime minister. “If some members of ALDE do not understand that, they will lose a great deal.” She also accused ALDE of being “cowards”.

Mr Popescu-Tariceanu, who served as Romania’s prime minister from 2004-08, had for some time hoped to persuade the PSD, the senior party in the coalition, to back his bid to become president. Mr Popescu-Tariceanu believed that he had a far better chance of defeating the incumbent president, Klaus Iohannis, than the PSD’s Dăncilă. This despite ALDE falling short of the five per cent threshold needed to win seats in the European parliament in May’s European elections.

Mrs Dăncilă was confirmed on August 24 as the PSD’s presidential candidate, despite her widespread unpopularity. She is currently polling in single figures, behind Mr Iohannis, Mr Popescu-Tariceanu and Dan Barna, the leader of the opposition Save Romania Union.

Ironically however, Mr Popescu-Tariceanu also announced on August 26 that he no longer wishes to run for president and that ALDE will back another candidate, believed to be the former actor and MEP Mircea Diaconu, who already has the support of the Pro Romania party of another former prime minister, Victor Ponta.

The withdrawal of ALDE from the government threatens to leave Romania with a hamstrung minority government for several months, as a restructured executive without ALDE ministers will need to face a vote in parliament. The PSD does not have enough support on its own to get the new government through. This will require the prime minister to nominate temporary ministers to take on ALDE’s portfolios. Without winning a parliamentary vote of investiture however, the temporary ministers can only remain in office for 45 days, after which a new set of temporary appointments must be made.

Should the opposition decide to table – and win – a formal vote of no-confidence when parliament returns from its summer holiday in September, the president is required to nominate a new prime minister, who will have 30 days to form a government. Should he or she fail to do so, another nomination is made. Should the second nominee fail to form a government, parliament is dissolved and in normal circumstances a snap general election would be held.

However, the Romanian constitution excludes the possibility of an early parliamentary election during the six months prior to a presidential vote, the first round of which will be held on November 10. This may well mean that a minority PSD government will have to remain in office, with limited powers, until early in 2020.