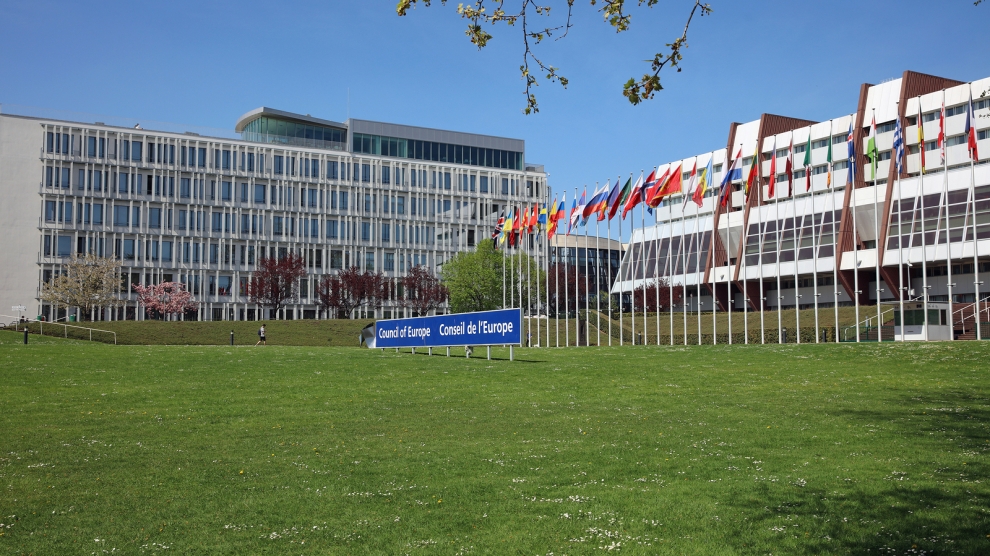 After much anticipation of the vote, the Council of Europe (CoE) on October 9 decided to postpone a decision on whether a rule change should be enacted to restore Russian voting rights in the assembly. If passed, the law would also make it harder to sanction a country’s delegates if the Council’s principles are ignored.

The institutional parliamentary assembly (PACE) elected to refer the matter for further committee study by a vote of 99 to 79, with 16 abstentions – for the institution, this was a preferable outcome given that the debate before the vote was “completely ‘poisoned’ by the Russia case, so putting off the problem is the right decision,” as German delegate Frank Schwabe wrote in a Twitter message following the vote.

Unsurprisingly, these sanctions have been the subject of debate within the chamber ever since they were instituted. The Kremlin has been demanding its voting rights be restored in the PACE, which oversees the 1949 human rights convention and European Court of Human Rights. To force a decision in its favour, Russia has substantially increased pressure on the CoE as a whole: by withholding its monetary contributions, creating a gaping hole in the CoE’s 450 million euros budget by suspending its annual 33 million euros payments to the Council and pulling its delegation out of PACE, threatening to permanently withdraw if the sanctions were not lifted.

“At the Council of Europe, just like at the United Nations with [US] President Trump’s administration, we see that governments are willing to defund the structures with which they disagree,” Florian Irminger, head of advocacy at the Human Rights House Foundation (HRHF) recently wrote in an editorial for openDemocracy. This is fundamentally threatening “their ability to continue working independently and serve the purpose they were set up for: holding governments accountable to their own commitments.”

Valentina Matviyenko, chairwoman of the Russian parliament’s upper house even warned that Moscow might cease complying with European Court of Human Rights decisions if it could not vote on officials and judges. Russia has already passed a law allowing its constitutional court to exempt it from fulfilling Strasbourg judgments.

Russia’s tactics appear to have worked: it has even successfully convinced Secretary-General Thorbjørn Jagland to fold in the face of Russian pressure to keep the organisation financially solvent. To that end, Mr Jagland toured European capitals in late 2017 warning of a serious risk that Moscow could withdraw or crash out of the 47-member body unless its demands were met. That would deprive 140 million Russians of access to the Strasbourg-based court, where Russia accounts for a staggering one third of the caseload.

Opponents of Jagland’s inclination to succumb to Russia’s “financial blackmail” have pointed out that giving in and lifting sanctions on the country’s delegation will cripple the relevance and legitimacy of the Council of Europe to speak out on matters of international law, democracy, and human rights in member states which violate them – thus fatally undermining its core mission.

Ukraine has been the most vocal opponent of lifting sanctions. However, the UK, Poland and the Baltic states – Estonia, Latvia, and Lithuania – also stand firm in favour of extending sanctions against Russia. Ukrainian officials warn that readmitting Russia to PACE without concessions on Crimea or the conflict in eastern Ukraine would be akin to handing Russia a carte blanche for future transgressions. Worse, it could trigger an undesirable domino effect: in which the more profound sanctions against Russia enacted by the EU being weakened. “It would be the first hole in the wall,” in the words of one Ukrainian official.

Serbia, on the other hand, has been officially in favour of lifting the sanctions on Russia’s PACE delegation. In a meeting with the chairman of the Russian parliament’s lower house, Maja Gojković, the current president of the National Assembly of Serbia, stated “in the Council of Europe, we continue to insist that the members of parliaments should not be included in the sanctions lists.”

Governments in Italy, Greece and Hungary have also suggested they would already be willing to lift sanctions at the EU level. And this has put Jagland into a tricky position. “Nobody wants to give a signal that we accept the annexation of Crimea. It is not about undermining this position of principle. But … we have to keep in perspective: what is our mandate? Our mandate is to protect human rights in Russia and Crimea, or wherever people live on the continent,” he stated.

While Jagland wavers, Russia keeps the pressure high. Foreign Ministry spokesperson Maria Zakharova said that she could neither “confirm nor deny” that Russia would leave the CoE. And as expected, the Russian delegation did not participate in electing the new CoE Commissioner for Human Rights Dunja Mijatović and several assembly presidents. The Kremlin has seized this as an opportunity to undermine the entire Council, asserting that “[f]or Russia, the legitimacy of high-ranking officials … is in question if they have been elected without Russia’s participation.”

Still, the current situation could have a silver lining. Rather than focusing on budgetary constraints, the Council should consider this an opportunity to reform its financial structure and proof itself against the whims of unruly members. This requires the pooling of existing resources and experience of willing member states and enhance the mandates of intergovernmental committees.

The Council of Europe is an organisation whose stated aim is to uphold human rights, democracy and the rule of law in Europe. Whether it will continue to serve this purpose will depend on how the final vote on the new PACE mechanism will eventually turn out. As such, the CoE faces an existential choice: cave to Russian demands for purely financial concerns or assert its unwavering adherence to the human rights principles. The next vote will determine whether the organisation will retain its value and attractiveness or become irrelevant.