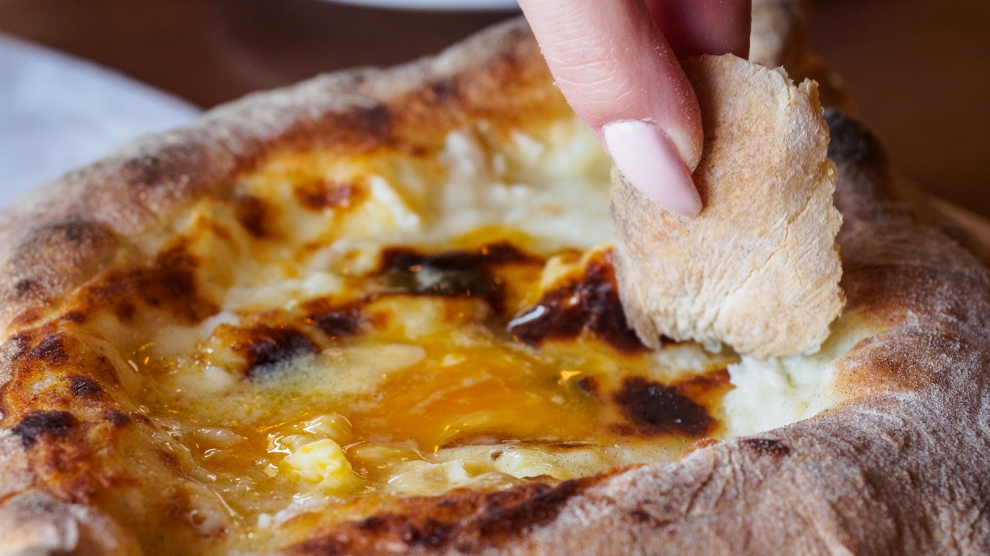 “Khachapuri is nothing but an ordinary Russian pyshka or pierogi, just made with a slightly different recipe,” wrote Eurasianet, quoting Russian communist MP Yaroslav Sidorov. “In Russia we are effectively popularising our enemy. Georgia is a small, but aggressive and petulant state, capable of any baseness and provocation,” the lawmaker continued, adding that his party is also pushing to rename khinkali, another famous Georgian dish to pelmeni.

As pointed out by Eurasianet, both khachapuri and khinkali share minor similarities with Russia’s pyshka and pelmeni, however, they are very much different when it comes to size, flavouring, filling and other gastronomic features.

Responding to the State Duma’s request, however, the Russian president said he opposed the introduction of further economic sanctions “out of respect for the Georgian people”.

Bilateral relations have been deteriorating since June 20 when mass protests erupted in Tbilisi after Russian communist MP Sergey Gavrilov, a vocal supporter of Russia’s occupation of Georgian breakaway territories Abkhazia and Tskhinvali (South Ossetia), was allowed to speak at the main podium of the Georgian parliament. The Russian government has labelled the protests anti-Russian and banned flights to Georgia from July 8, a move which is expected to hit Georgia’s growing tourism sector hard.

Wasted talent: As many as half of Romania’s emigrants may be overqualified
EU approves Latvian railway electrification project
Comment