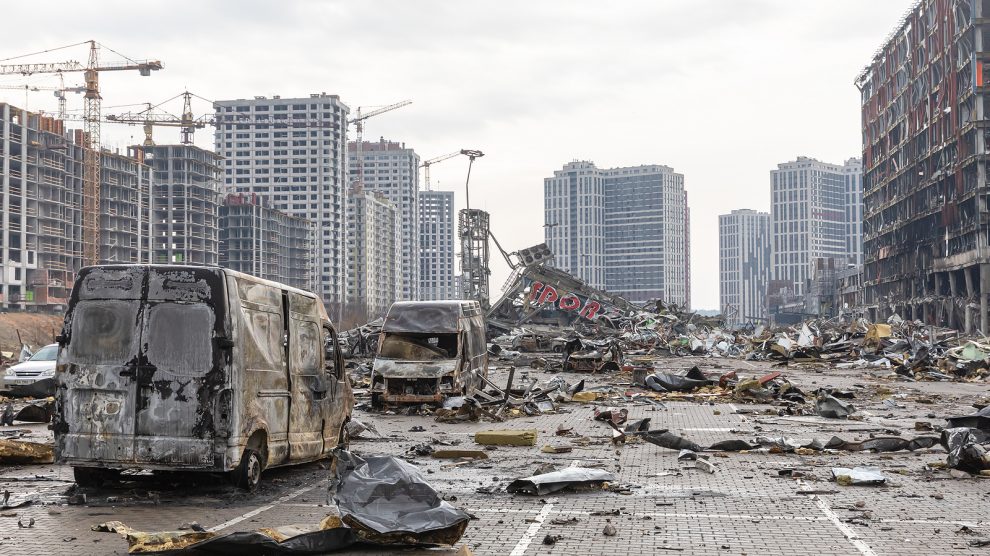 This week, we have again selected some of the best writing about Russia’s invasion of Ukraine, and how it impacts the rest of the region.

Why I chose to stay in Ukraine

It is difficult to convey what it’s like to hear an air-raid siren for the first time: no recording can prepare you to experience it in person. My husband, Dima, and I were getting ready for bed when it happened. The wail of the siren ripped into our ears and propelled us onto the floor.

The people who keep the refugee trains running out of Ukraine

Ukrainian Railways employs more than 230,000 people, and almost all its employees have stayed in the country to work, making long, dangerous journeys every day to get people to safety.

Bound by a sense of victimhood, Serbia sticks with Russia

A sense of victimhood runs deep in Serbia, viewing crimes committed by ethnic kin during the Balkan wars of the 1990s as a defensive response to suffering visited on Serbs, just as Vladimir Putin presents his bloody invasion of Ukraine as a righteous effort to protect persecuted ethnic Russians who belong in “Russky mir”, or the “Russian world”.

Armenian renters are suffering from a wave of evictions and soaring prices as an influx of Russians and Ukrainians inspires landlords to cash in.

Only total military failure will curb Putin’s ambitions in Ukraine

The past week has seen ever stronger indications that Russia has recognised it cannot achieve its aim of conquering Ukraine by military force.

Russia’s war in Ukraine has upended Hungary’s election campaign for Moscow-friendly Prime Minister Viktor Orbán — just not in the way one might think.

Moldovans worry Putin could come for them next

Russian President Vladimir Putin’s unprecedented attack on Ukraine has stoked unease within many European countries, particularly those with former Soviet ties. In Moldova, one of Europe’s poorest countries, locals are especially uneasy. Part of their country is already under Moscow’s control.

The war in Ukraine dramatically underscores the fact that zero net imports of fossil energy is the EU’s most urgent industrial mission.

At 76, Mircea Lucescu is one of the oldest managers still operating at the highest level. The Romanian wrote history in neighbouring Ukraine, spending 12 years at Shakhtar Donetsk between 2004 and 2016, then accepting an offer from arch-rivals Dynamo Kyiv in 2020.