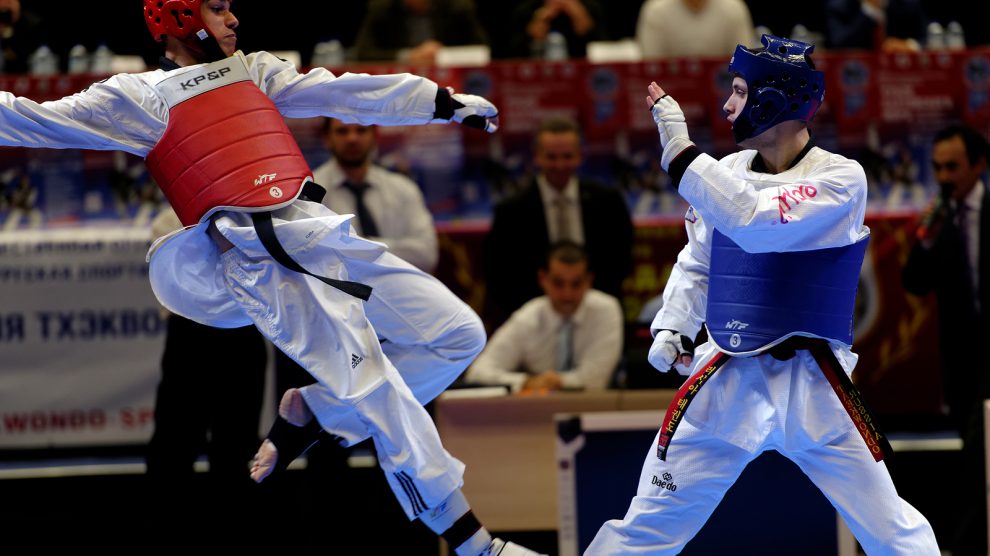 The British taekwondo star who switched allegiances to Moldova

In 2014, just hours after securing his third European taekwondo gold medal, Aaron Cook was ushered into a poorly lit backroom at the host arena in Baku, capital of Azerbaijan. The Moldovan taekwondo president wanted to speak with him.

Risks and rewards of a US return to Central Asia

America is leaving Afghanistan, but it may well be staying in the neighbourhood. The military says an ongoing regional presence is needed and is now casting an eye over possible future bases in Central Asia.

A contract for gas exports from Azerbaijan to Turkey has quietly expired, leaving Baku without the bulk of income from its largest gas consumer while the flow is halted.

A team of scientists has come up with a radical solution to heat cities using spent nuclear rods, which they say is cost-effective and greener than natural gas. As the EU moves away from coal, many are interested.

This week, Hungary signed a strategic agreement with the Shanghai-based Fudan University on opening a campus in Budapest by 2024. It would be the school’s only foreign outpost, and the first Chinese university campus in the European Union. Critics say the massive investment places an undue financial burden on Hungarian taxpayers and demonstrates Viktor Orbán’s warming ties with autocracies in Moscow and Beijing.

A new Chinese documentary, Beyond The Mountains: Life In Xinjiang, depicting the lives of ethnic Uyghur and other Muslim minorities – mostly ethnic Kazakh and Kyrgyz – in the region, makes no mention of China’s brutal crackdown on Xinjiang’s Muslims that has seen more than one million people forced into a notorious network of massive internment camps, often run in prison-like conditions, since 2017.

What Kazakhstan can teach about medium-state diplomacy

Kazakhstan has always lived in an interesting neighbourhood. Since the collapse of Soviet Union in 1991, the country of 18 million that ranks ninth-largest in area in the world has maneuvered its way between geopolitical heavyweights China and Russia, while also seeking to foster partnerships with the United States and the European Union.

They call themselves the “Polish Grannies”, but instead of crocheting, they’re demonstrating for a free press, the rule of law, and carrying rainbow flags while they do it. And that hasn’t made them a hit with everyone.

The importance of the legacy of Montenegro’s first successful woman architect, Svetlana Kana Radevic, has been brought to light at an exhibition at this year’s Venice Biennale

The architecture of the landmark brutalist bus terminal of Zvonarka Central in Brno, Czech Republic, has been given a refresh by architects CHYBIK + KRISTOF.

Talk about contemporary Georgian music, and most people will think techno. Clubs like Bassiani and Khidi have long come to define young Georgia, and the electronic music scene has shaped Tbilisi alternative culture. But the arrival of Gen Z has heralded a new cultural shift: the emergence of a homegrown hip-hop scene with a uniquely Georgian flavour.

CEE should redouble efforts to end violence against women
EU hints Albania can go its own way, decoupling from North Macedonia
Comment