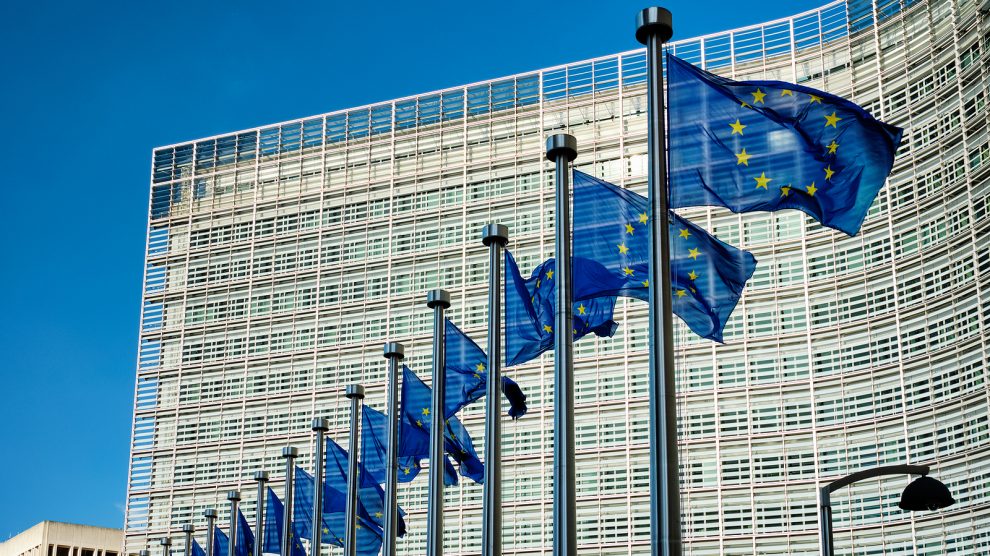 The European Union has dropped its strongest hint yet that Albania’s accession process could be decoupled from that of North Macedonia.

The European Union suggested on May 6 that it could be ready to press ahead with Albania’s accession process, currently blocked due a dispute between Bulgaria and North Macedonia.

Albania and North Macedonia’s bids for EU membership have so far been coupled, with both nations preparing for negotiations to begin in parallel. But with North Macedonia’s EU bid currently blocked by Bulgaria, Enlargement Commissioner Olivér Várhelyi has now hinted that Albania could go its own way.

“If we run into difficulties again with North Macedonia, which means that we are unsuccessful reaching a mutually agreeable solution between Bulgarian and North Macedonia, then the question is whether we can move forward with Albania only. And we will have to consider that question,” he said.

Asked if a formal “decoupling” was an option, he replied: “It might be an option, yes.”

The European Commission first recommended the opening of accession negotiations with Albania and North Macedonia in April 2018. In June 2018, the Council acknowledged both countries had made progress and set out their path towards opening accession negotiations, depending on further progress being made in certain key areas.

“We hope to start negotiations very quickly,” said Várhelyi at the time.

Since then, however, the accession process has stalled, a result of Bulgaria blocking North Macedonia’s EU path.

Sofia also wants Skopje to recognise what it claims are the “Bulgarian origins” of the Macedonian nation.

Support for EU membership in Albania is at record levels, with a recent poll by the European Commission finding 97 per cent of Albanians in favour.

In the country’s recent parliamentary election, held on April 25 and won convincingly by the ruling Socialist party of Prime Minister Edi Rama, all major parties campaigned on a pro-EU platform.

North Macedonia’s prime minister, Zoran Zaev, meanwhile said this week that his country would not renounce its national identity for the sake of joining the EU.

“We don’t need the European Union if the price for that would be to abandon the Macedonian language and identity, otherwise we would be dust in the wind and there would be no one there to enter the European Union,” said Zaev, responding to an earlier statement from Várhelyi in which the European Commissioner had said that North Macedonia had to find an accommodation with Bulgaria.

All sides will now be hoping that with the nationalist GERB party of Boyko Borissov unlikely to form Bulgaria’s next government, Bulgaria will soften its stance.

Bulgaria’s own parliamentary election on April 4 was inconclusive, with none of the country’s three major parties able to form a working coalition.

A new election is now likely, probably on July 11.

The British taekwondo star who switched allegiances to Moldova: Elsewhere in emerging Europe
Is Serbia having its #MeToo moment?
Comment