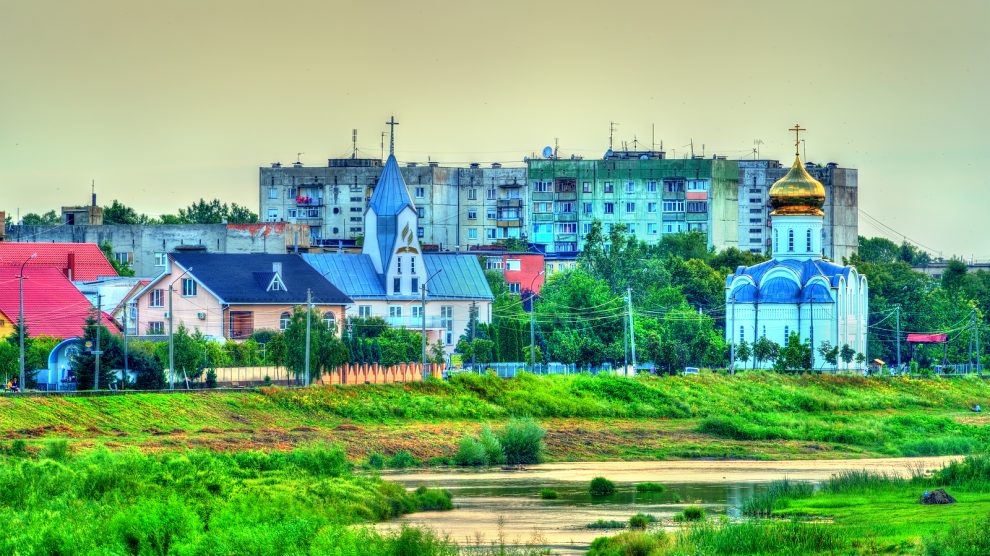 Ukraine’s Hungarian community has become a weapon for nationalists in both countries, and an obstacle on Ukraine’s path towards NATO membership.

In November last year István Grezsa, a Hungarian politician, was prevented from entering Ukraine, turned back at the border by Ukrainian officials.

The move was not entirely surprising.

A month earlier, Grezsa, who is in charge of developing cooperation between the border regions of Hungary and Ukraine, Szabolcs-Szatmar-Bereg and Zakarpattia, had been banned from entering Ukraine for three years, having been accused of interfering in Ukraine’s local elections.

It was the latest in a now lengthy string of diplomatic spats between the two countries, centred primarily on the linguistic rights of Ukraine’s 150,000-strong Hungarian community, most of whom live in the Zakarpattia region of western Ukraine.

In recent years the community has felt excluded from Ukrainian public life, not least since 2017 when Ukraine’s parliament passed legislation that severely restricts the use of minority languages in the country’s education system.

The issue has become a rallying point for nationalists on both sides of the border.

The dispute has wide-reaching consequences for Ukraine – since 2018, Hungary has consistently vetoed meetings between Ukrainian and NATO officials, severely denting Ukraine’s NATO membership hopes – and despite a partial rapprochement earlier this year, the primary issue of language has yet to be resolved.

Ukraine’s Zakarpattia region was, from the 11th century onwards, part of the Kingdom of Hungary for almost 800 years. The territory changed hands several times following World War I and the fall of the Austro-Hungarian Empire, and was eventually awarded to Czechoslovakia under the terms of the Treaty of Trianon in 1920.

As recently as the outbreak of World War II, the vast majority of the region’s population was Hungarian. Following Nazi Germany’s occupation of Czechoslovakia, the territory was handed to Hungary, then an ally of Germany. In 1944, the Soviet Union occupied Zakarpattia region and in 1945 Czechoslovakian President Edvard Benes formally ceded the territory.

Today, ethnic Hungarians make up roughly 12 per cent of the region’s population, according to the most recent census conducted in 2001.

Yozhef Sabo, a former Soviet international footballer and coach of Dynamo Kyiv and the Ukrainian national team, is an ethnic Hungarian born in Zakarpattia’s capital of Uzhhorod.

Since independence from the Soviet Union, Ukraine has on paper at least granted extensive autonomy to ethnic minority groups such as the Hungarians, who were allowed to run their own education systems where they could study in their native language.

In practice, however, Hungarian language schools were chronically underfunded and often had to rely on financial and material support from Budapest. The Hungarian authorities meanwhile would automatically grant Hungarian citizenship to any Ukrainian of Hungarian origin.

Ever since Viktor Orbán became prime minister of Hungary for the second time in 2010, he has regularly demanded that the Ukrainian authorities give the Hungarian minority in Zakarpattia a greater degree of autonomy and self-rule.

The dispute became particularly fierce following the Maidan revolution of 2014. The revolution and the events which followed – the Russian occupation of Crimea and the Russian-sponsored insurrection in Donbas.

Prior to 2014, Russian and Ukrainian identity in many parts of the country was more or less intertwine. Once state-sponsored Russian TV channels began flooding Ukraine with propaganda and sowing discord, the Ukrainian government set out on a campaign of de-Russification and nation building around a singular Ukrainian identity.

This culminated in the Education Act of 2017, which was severely criticised by Hungarian Ukrainians and other linguistic minorities.

Article seven of the law provides that minority languages (including Russian, Hungarian and Tatar) can only be taught in selected classes, and only until fourth grade.

Budapest was outraged. Since then, the Hungarian government has been actively sabotaging Ukrainian efforts to build ties with NATO and the European Union. Echoing Kremlin propaganda, Orbán would claim that Ukraine is full of dangerous extremists hell bent on erasing minority cultures.

According to a Bertelsemann Transformation Index country study on Hungary in 2020, “Hungary has let its disagreement over the controversial Ukrainian education law affect cooperation between NATO and Ukraine, blocking high-level cooperation since March 2017, ignoring criticism from the United States and other NATO allies. This policy has seriously hampered political cooperation with Ukraine.”

Following severe criticism from Hungary and Romania (which also has a sizeable minority living in Zakarpattia), Ukraine submitted the Education Act for review by the Council of Europe’s Venice Commission.

The Commission ruled that while the law did violate Ukraine’s international and constitutional obligations regarding minority rights found that article seven was worded so imprecisely that it could be implemented in a way compliant with Ukraine’s obligations. The Commission recommended that Ukraine offer as many subjects as possible in minority languages, and that private schools be exempted.

The ruling of the Commission did little to alleviate tensions between Kyiv and Budapest. Kyiv made no move to implement the suggestions of the Commission – the Ukrainian government maintains that the Hungarian minority does not speak the Ukrainian language to a sufficient degree, and to integrate them into Ukrainian society, the provisions of article seven are necessary.

These tensions have been further inflamed by the relatively warm relations between Orbán and Russian President Vladimir Putin.

Ukrainian nationalists have been arrested for trying to burn down the offices of Hungarian minority organisations and desecrate Hungarian memorials. Local politicians cast the blame on Russia for provoking confrontations between the ethnic communities in Zakarpattia.

The election of Volodymyr Zelensky as Ukraine’s president in 2019 prompted hope of rapprochement. In January of this year, Hungarian Foreign Minister Péter Szijjártó visited to Kyiv to meet with his Ukrainian counterpart. The two promised to resolve the dispute, but virtually no progress has been made since.

While few would argue that Ukraine as an independent nation has a right to forge its own identity – not least when its largest and most powerful neighbour has a substantial degree of cultural influence and is aggressively interfering in its internal affairs – fewer still would deny people the freedom to study in their native language.

Unfortunately, without a compromise at the highest level, it is unlikely a lasting solution will be found anytime soon.

While January’s meeting between the country’s foreign ministers was a step in the right direction, there is still much work to be done. István Grezsa will likely be not the last Hungarian official prevented from entering Ukraine.