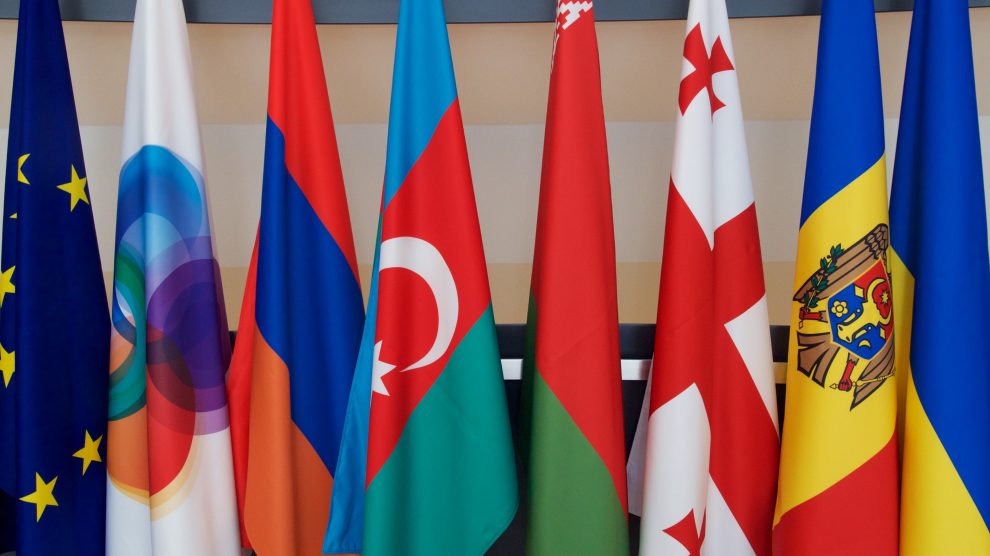 The EU wants to boost cooperation with its eastern partners. But how committed are they to upholding EU values?

Belarus last week pulled out of the EU’s Eastern Partnership, claiming that the bloc’s economic sanctions made it ‘impossible’ for the country to fulfil its obligations.

But the Eastern Partnership, launched in 2009 with the aim of strengthening and deepening the political and economic relations between the EU, its member states and six Eastern European and South Caucasus partner countries (Armenia, Azerbaijan, Belarus, Georgia, Moldova, and Ukraine) goes on.

Indeed, just days after the Belarus decision to pull out, the EU on July 2 outlined a proposal on how to push forward cooperation with its eastern partners.

Its proposal is based on five long-term objectives, with resilience at its core, and will be underpinned by a 2.3 billion euros economic and investment plan in grant and guarantees, with a potential to mobilise up to 17 billion euros in public and private investments.

The comprehensive proposal aims at increasing trade, growth and jobs, investing in connectivity, strengthening democratic institutions and the rule of law, supporting the green and digital transitions, and promoting fair, gender-equal and inclusive societies.

Launching the new proposal, the EU’s foreign policy chief Josep Borrell said: “The Eastern Partnership remains high on the European Union’s agenda. We want to shape an agenda that responds to the unprecedented challenges – and opportunities – of today, while making it fit for the future. At the heart of our work will be promoting democracy, good governance and the rule of law, which are so crucial to unlock positive, concrete results in our cooperation. This includes Belarus, where we want to continue to support the people through our Eastern Partnership framework.”

Quite how this fits in with the situation on the ground in a number of Eastern Partnership states – and not only Belarus – is questionable.

The scenes in the Georgian capital Tbilisi on July 5, when far-right demonstrators stormed the headquarters of the Tbilisi Pride LGBT+ organisation and violently attacked tens of journalists, injuring many, would have made many officials in Brussels question the country’s commitment to European values.

Protesters also removed an EU flag from the facade of Georgia’s parliament building.

While EU embassies in Tbilisi were quick to release a statement condemning the violence, saying that “those who incite or threaten violence or commit violent acts are interfering with the efforts of Georgia’s law enforcement professionals to uphold a safe and secure environment”.

The statement went on to call for Georgia’s leaders and law enforcement to “act swiftly to protect those exercising their constitutional rights to freedom of expression and assembly, to protect journalists exercising freedom of the press, and to publicly condemn violence”, but the response of Georgia’s prime minister, Irakli Garibashvili, raised only further questions.

Appearing to blame Tbilisi Pride for bringing the violence on themselves, Garibashvili said: “it is unreasonable to hold a [pride] demonstration in a public place that could lead to civil confrontation.”

The organisers of Tbilisi Pride later cancelled their parade, fearing further violence and clearly spooked by the lack of protection they received from police.

No investment without movement on human rights

Elsewhere in the Eastern Partnership countries, the European values that Borrell advocates are also sadly lacking.

In Azerbaijan, Ilham Aliyev runs a dictatorial regime that rides roughshod over most democratic values, including freedom of the press. On July 5, Aliyev was included in a rogues’ gallery published by Reporters Without Borders of 37 international leaders who actively muzzle independent media.

The European Commissioner for Neighbourhood and Enlargement Olivér Várhelyi is visiting the three South Caucasus states this week, including Georgia and Azerbaijan.

He will present the EU’s economic and investment plans for the region as well as its flagship initiatives for each country.

Not for the first time however, rights issues risk overshadowing the visit. Várhelyi needs to stand firm: there can be no investment without movement on human rights.

And that includes the right of Georgia’s LGBT+ community to hold a parade through central Tbilisi without fear of violence.