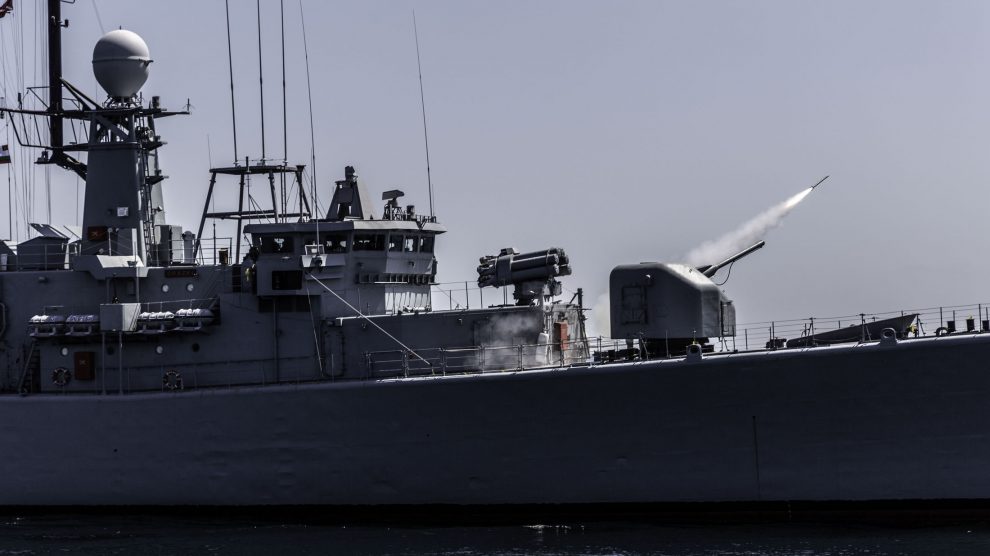 Russia has responded to NATO’s largest ever Black Sea exercise by organising out live fire manoeuvres of its own.

Involving 5,000 troops, 32 warships and 40 aircraft, this year’s Sea Breeze manoeuvres are the largest ever NATO-led operation in the Black Sea.

NATO says that “allies and partners” from 32 different countries, including Japan, Brazil and Senegal, are participating in the exercise, which will run until July 10.

“We are demonstrating to the world that the Black Sea is an international sea,” said Captain Kyle Gantt of the US Navy. “It is open and available for the free transport of commerce, of shipping, for all nations and it is not owned by any one nation.”

Kristina Kvien, charge d’affaires at the US embassy in Kyiv, said that the exercise was “a tangible demonstration of US support for Ukraine and is necessary now more than ever.”

The exercises come at a time of increased tension in the region.

Earlier this year there was a months-long standoff between Russia and Ukraine, with both sides deploying large numbers of troops and heavy equipment to their borders.

On June 23, a British warship, the HMS Defender, sparked a diplomatic furore en route from Odesa in Ukraine to Batumi in Georgia when it sailed three miles into territorial waters claimed by Russia off the coast of occupied Crimea.

Two days prior, a cooperation agreement had been signed onboard the HMS Defender between Ukraine and the United Kingdom, which included the manufacturing of eight missile boats for the Ukrainian Navy. The agreement will also see Britain help construct two new naval bases for Ukraine, one of these in the Azov Sea, where previously Ukraine lacked a strong military presence.

The Russians responded to the incursion of HMS Defender by buzzing the ship – flying fighter planes at low altitude around the target – and, allegedly, dropping bombs from SU-24 warplanes into the sea.

Classified documents from the UK Ministry of Defense were subsequently found at a bus stop in Kent, confirming that the the warship’s foray into Russian-claimed waters was a calculated move planned at the highest levels of the British government and armed forces.

A day later, a Dutch frigate, the HNLMS Evertsen, also came under mock attack from Russian warplanes in the Black Sea.

With these incidents fresh in the memory, the Sea Breeze manoeuvres have revived fears of another possible confrontation with Russia. Russian President Vladimir Putin, in his annual Q&A with the Russian public, called the HMS Defender incident a “provocation” by Britain.

He also accused the United States of also being involved by deploying a reconnaissance plane to monitor the Russian response, a claim which the United States all but confirmed through Captain Wendy Snyder, chief of public affairs for the US European Command.

Any military exercise of this scale, so close to a rival’s borders, can only be interpreted as intending to send a message to Russia.

A tangible show of solidarity

Ukrainian commentators have praised NATO for its “bold” move, with Ukrainian intelligence officer Vadym Skibitsky saying that it was a “tangible” show of solidarity with Ukraine. The United States had previously been accused of betraying Ukraine when President Joe Biden waived sanctions on the main constructor of Russia’s Nord Stream 2 pipeline, which is on the verge of completion and could lead to the loss of Ukraine’s role as gas transit country.

The fact that NATO and Russian warships are both conducting drills in the same body of water is cause for concern.

Russia clearly perceives Sea Breeze to be an aggressive manoeuvre and the incidents with the British and Dutch warships has done little to dissuade these notions. In such a tense situation, the possibility of an accidental escalation skyrockets.

NATO’s top brass appear to be aware of the danger.

“The thing that keeps me awake in bed at night is a miscalculation that comes from an unwarranted escalation,” said General Sir Nick Carter, chief of staff of the British Army, in a speech at the Chalke Valley History Festival in the UK.

“The sort of thing we saw in the Black Sea [the HMS Defender incident] is an example of the sort of thing that can happen. It’s the type of thing one needs to think quite hard about.”