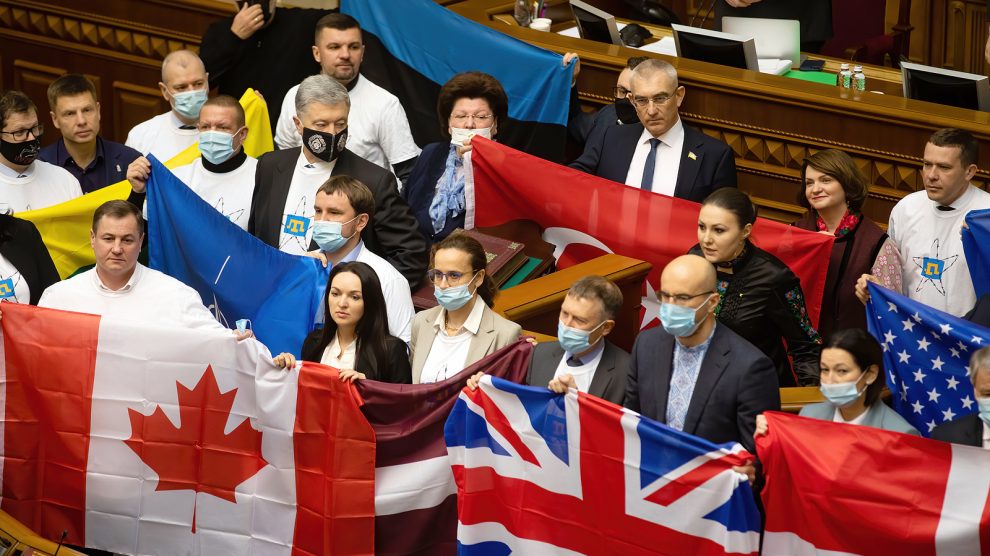 The untold story of the Ukraine crisis

Great wars sometimes start over small offenses. A murdered duke. An angered pope. The belief of a lonely king that his rivals aren’t playing fair. When historians study why armies began gathering in Europe during the plague of 2021, their interest might turn to a teenage girl, the goddaughter of Moscow’s isolated sovereign.

For the third time in three decades, Ankara and Yerevan are trying to normalise relations. In a region plagued by rivalry, distrust, and historical grievances, this will be no easy feat.

Kazakhstan is a regional leader in mobile banking. Could tax reforms derail this unusual success story?

Israeli tech firms have much to lose in Ukraine

In recent years Ukraine has become a type of proxy for Israel’s tech sector, as companies struggle to hire staff.

Viktor Orbán or: How I learned to stop worrying and love Putin

Viktor Orbán first came to prominence when in 1989 he declared on live TV that Hungary must put an end to the ‘Russian occupation’. On the first day of February this year, he held his thirteenth meeting with Vladimir Putin. What’s changed?

Albania has been on the radar for intrepid backpackers for some time, but this year tour operators are predicting the south-eastern Balkan country will become a mainstream holiday destination for UK travellers after a surge in bookings this January.

Estonia: The country inoculating against disinformation

Cooperating with international agencies such as Europol is crucial if North Macedonia and the rest of the Western Balkans are to win the fight against terrorism and extremism.

At City Park in Budapest, a building project has come to exemplify the politics of Viktor Orbán, the country’s far-right prime minister.

Anisa Sabiri’s photographs capture the unrushed cadences of life in Tajikistan. As an emigre, returning to a more relaxed pace can be a difficult but fulfilling challenge.