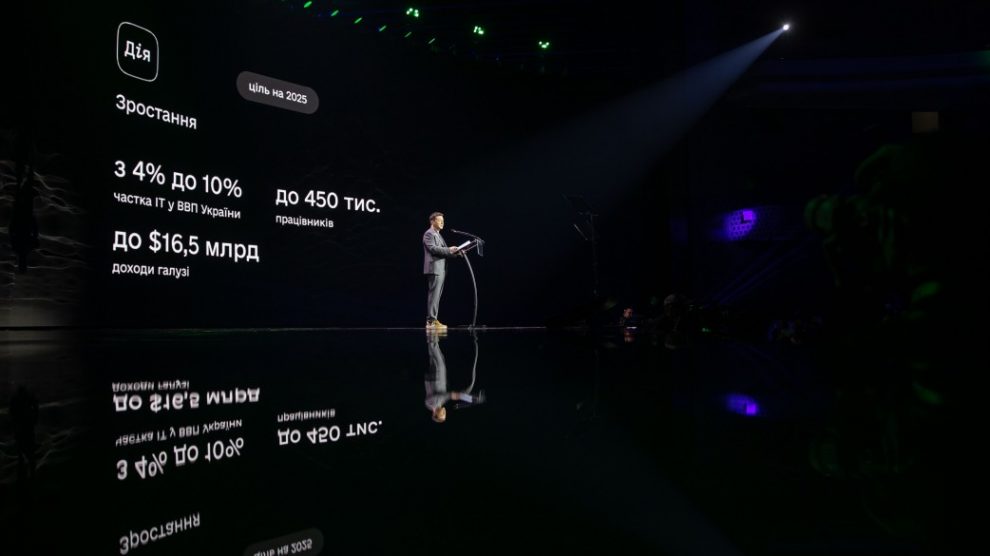 Ukraine has again been talking up Diia City, a special economic framework for IT companies which it believes will cement its status as a tech powerhouse.

In a defiant show of intent clearly designed to grab the attention of the global business community, Ukraine’s leaders on February 8 made it clear that not only does the country remain open for business despite the presence of Russian troops on its borders, but that its ambitions are bolder than ever.

“Don’t be afraid to dream,” the country’s president Volodymyr Zelensky told the 2022 Diia Summit in Kyiv, a showcase for Ukraine’s digital transformation.

“Three years ago I was told I was crazy for wanting to build a digital Ukraine, but today, what we call ‘the state in a smartphone’ has become a reality, and the world is watching,” added the president, as he listed a raft of digital public services now available to Ukrainians with just a few clicks before departing to meet with his French counterpart Emmanuel Macron.

Much of Zelensky’s speech was dedicated to Diia City, a special economic framework with legal, tax and employment benefits for both local and foreign tech companies – as well as their employees.

“We want to transform Ukraine into a country of start-ups,” he said. “Thanks to Diia City we expect the technology share of GDP to grow from four to 10 per cent by 2025, up to 16.5 billion US dollars, making us the largest tech hub in Europe.”

‘Foundation of the economy’

Recognising that human capital is the country’s most valuable resource – the “foundation of the economy,” as he put it – Zelensky added that he wanted to create an environment that would not only encourage talented Ukrainians to remain in their home country, but which would also act as a driver for foreign talent to flock to Kyiv and other Ukrainian tech hubs.

“That’s why we want not only Ukrainian companies but also foreign companies to join Diia City,” he said, which he described as “one of the best tax and legal regimes on the planet.”

Also aware that Ukraine’s ambitions will rely on a continued supply of talent, Minister of Digital Transformation Mykhailo Fedorov, one of the main architects of Diia City, outlined the country’s plans to ensure that the education system can meet the demands of the tech sector.

“We want our kids to know how to learn, how to analyse information, to take decisions, to look for and to discover new solutions,” said Fedorov, who announced the launch of an entrepreneurship curriculum in Ukrainian schools.

“We want kids to launch their first products while they are still in the classroom, so that they are ready for the digital economy, that’s how we can create a country of entrepreneurs.”

Fedorov pointed out that around 70 per cent of the people employed at his ministry came to public service from business, and that they are well-placed to offer advice to budding start-ups.

“You can ask us anything: How to build an organisational structure; How to design a corporate culture; How to take advantage of market opportunities.”

And start-ups will also be able to ask for finance: Fedorov confirmed that the state-backed Ukrainian start-up fund would be the largest angel investor in the country, providing non-reimbursable grants.

According to Fedorov’s deputy, Alex Bornyakov, the importance of creating an ecosystem for technology, based on people, IT education, access to capital, and business-friendly regulations is crucial.

“It’s not just businesses who compete, ecosystems compete,” he said, something that was underlined by Natalia Denikeieva, one of the architects of Diia City.

“Almost every great tech company in the world, when selecting their home base, focused on protection of investment, low taxes, synchronisation with global legislation, and human capital.

“We saw this, and what have tried to do is adapt it to the reality of Ukraine. That’s the foundation of Diia City.”