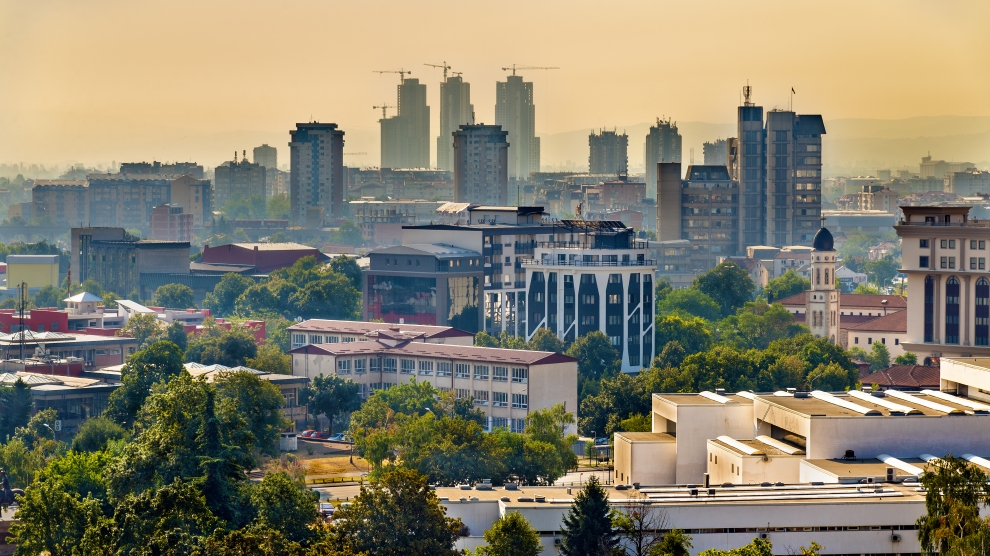 The young people fighting the worst smog in Europe

Skopje, the capital of North Macedonia, is so polluted that people with respiratory illness move uphill to escape, and young people dream of emigrating. But a simple app has begun a movement to deal with the smog.

This is Badland: the zine breaking down myths about the Balkans

Bright colours, DIY designs, conceptual art, dainty embroidery, grannies with tables full of delights, glamorously made-up girls… This Is Badland both embraces and defies the myths and clichés surrounding the Balkans. Founded in 2016, and now on its fourth issue, the publication takes its readers on a journey across the arts and culture of the region and its diasporas.

Georgia is enjoying the distinction of being included in a list of 15 non-EU states the European Union considers safe enough to open its borders to. It’s the only former Soviet republic to achieve that status. Fewer than 1,000 cases of Covid-19 have been registered, and 15 people have died out of a population of 3.7 million. A group of public scientists, dubbed the three musketeers, are being praised for steering the Caucasus state’s successful response to the pandemic.

In a dismal year for queer rights, campaigners in Central and Eastern Europe are fighting back

The explosion of video streaming during lockdown has helped queer rights campaigners in Eastern Europe to circumvent the usual barriers to media representation. Getting proper coverage of queer issues by mainstream media outlets dominated by straight men has long been a headache.

With European Union destinations still off-limits for Ukrainian tourists, the country’s own Black Sea and Azov Sea resorts are experiencing an early summer boom as Ukrainians seek out holiday options closer to home. This growth in domestic tourism comes just weeks after Ukraine first began relaxing coronavirus lockdown restrictions. While some fear it will lead to a new wave of infections, others hope it will provide a much-needed boost for the country’s struggling hospitality sector.

The Czech Republic’s billionaire prime minister is turning the coronavirus crisis into an opportunity to roll out an investment firehose he’s been dreaming about since taking power. Andrej Babiš has overseen one of Europe’s most successful campaigns to overcome the initial wave of Covid-19. Now he’s trying to pull the economy out of recession before the economic fallout risks undermining his popularity before 2021 elections.

A different take on Czechia’s handling of Covid-19: before the coronavirus outbreak, the country had the lowest youth jobless rate in Europe of barely five per cent following a protracted economic boom. Yet in the year to May, unemployment among those aged 15-24 jumped by just over a half to 34,000.

In 1983 Frederic Friedel was in Budapest for the third Microcomputer World Chess Championship. There he made first acquaintance with the Polgar family, but also met the East German chess programming team. His description of this memorable encounter tells us what things were like in the fading years of Eastern European communism.

The weaknesses of Azerbaijan’s dilapidated health system have been brought into focus by the coronavirus pandemic, despite official insistence that services are fully capable of handling the crisis.

The headline numbers are stark. In 1988, Bulgaria’s population peaked at 8.9 million. Now it stands at 6.9 million. That means that, in little over three decades, the country’s population has fallen by an extraordinary 22.5 per cent. That’s an even more dramatic drop than that seen in Bosnia and Herzegovina, which endured four years of war.

Srebrenica 25 years on: how the world lost its appetite to fight war crimes

Ratko Mladić was brought to justice but where’s the desire to investigate mass killings in Syria, Yemen and Myanmar?

Get to know Armenian culture

Modern-day Armenia is a patchwork woven by centuries of migration, and contemporary diasporan influences, combining Middle Eastern, Turkic, Persian, Slavic, and Western traditions with a unique touch of pure Hayastan. The result? A booming creative scene that reflects the character of Armenia’s young generations, redefining their national culture and heritage as proud, diverse, and independent.