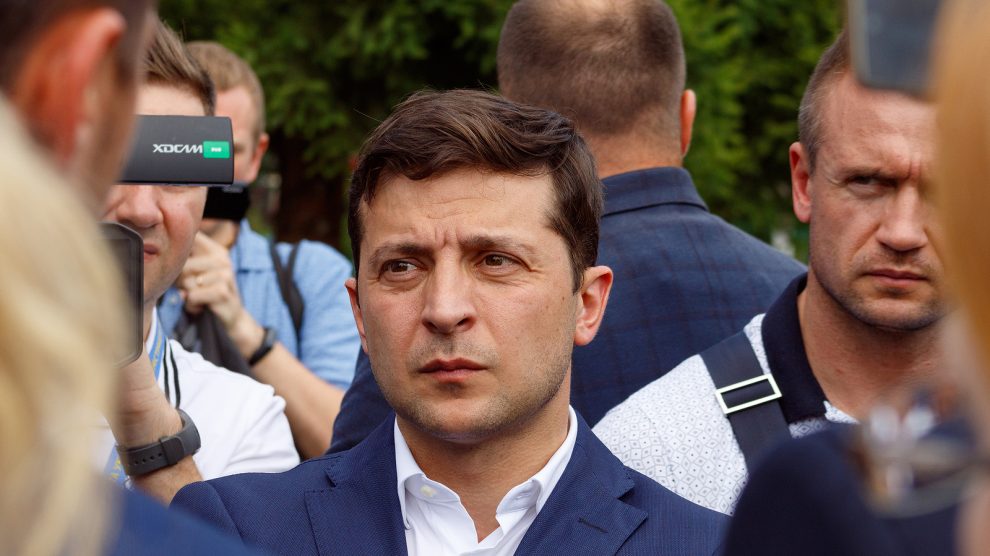 This week, we have again selected some of the best writing about Russia’s invasion of Ukraine, and how it impacts the rest of the region.

The leader of a country on the periphery of Europe, one fighting against impossible odds to preserve its independence against ruthless foreign aggressors, achieves international fame. He is handsome, brave and heroic. But we should resist hero-worshipping Ukraine’s president.

Blaming the West for Russia’s invasion is not ‘realism’, but moral self-deception

‘Blame the West’ arguments about foreign wars tend to proceed under various banners, with the anti-colonial left usually in the lead.

Not only do the railways keep refugees moving, they also deliver tonnes of aid to the embattled areas of the country, transport troops to frontline cities, and continue to export whatever Ukraine can produce in these wartime conditions.

At NATO, our focus should be simple: Mr Putin cannot win this war. He cannot even think he has won, or his appetite will grow. We need to demonstrate the will and commit resources to defend NATO territory. To check Russia’s aggression, we need to put in place a long-term policy of smart containment.

The start-ups trying to make it easier to hire Ukrainians

The poor help the desperate: Moldova struggles to aid its fleeing neighbours

One of Europe’s poorest nations has taken in 370,000 Ukrainian refugees so far, but as fighting intensifies president Maia Sandu has called for financial help.

The invasion of Ukraine is first and foremost a humanitarian catastrophe, but the environmental consequences of Putin’s war will also be dire.

Music in times of war: Song as a form of Ukrainian resistance

Russia’s war on Ukraine is also a cultural one: the denial of a separate identity from the “Russian World,” the bombing of cultural and religious buildings, and more. Thus resistance in Ukraine is not just military but also cultural, and in that war, music takes a central place.

As the fighting in Ukraine stretches into its first month, another conflict between two former Soviet states might not be far away.

The way Central Asia thinks about Russia has changed. While before, Russia was seen as a source of stability, it now seems that its presence in a very sensitive security dimension has become a weakness for the regional stability, sovereignty and territorial integrity.