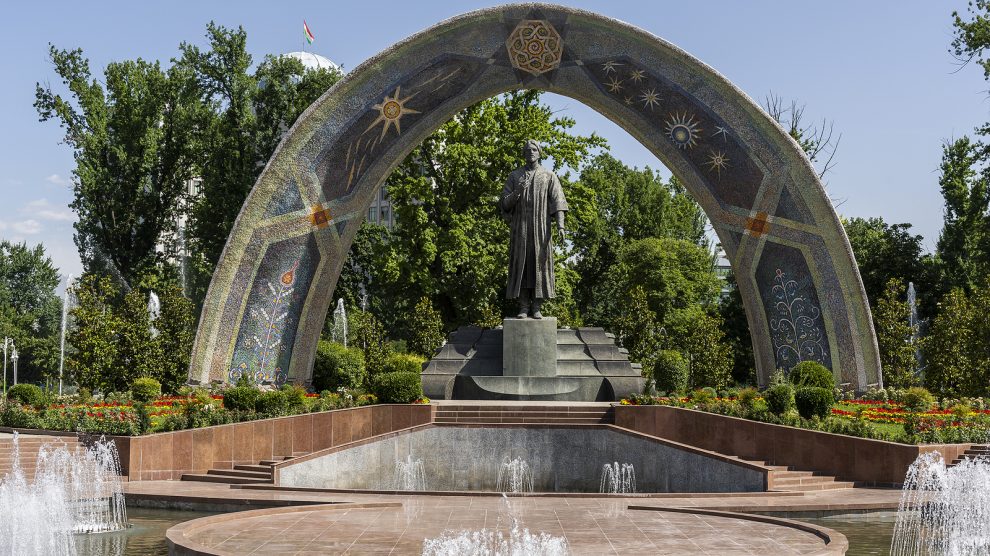 Transforming Tajikistan: Between a Soviet past and a Tajik future

Dushanbe, the capital of Tajikistan, is changing rapidly. In what was once a Soviet city known for its quiet tree-lined avenues, new highrise towers and grand administrative buildings are emerging. It is an extraordinary transformation taking place as Tajikistan reimagines what it means to be an independent Central Asian republic with its own national identity. But some residents are questioning the price at which it comes: the demolition of the city’s Soviet architecture and with it, the loss of childhood homes and memories to large-scale construction.

Many people in Western Balkans view Serbia’s vaccine success – tens of thousands of people from around the region have lately come to the country to get vaccinated – with gratitude. Yet there is also frustration they had to rely on Belgrade rather than their own governments or the EU. This positioning of Belgrade as a regional capital hearkens back to another era.

Facebook has allowed a state-backed harassment campaign targeting independent news outlets and opposition politicians in Azerbaijan to return to its platform, less than six months after it banned the troll network.

Belarus is the new front in Putin’s war against Ukraine

It turns out that Russia isn’t the only country massing troops on Ukraine’s border. In addition to the large Russian buildup that has gotten the world’s attention in recent weeks, reports surfaced earlier this month that Belarus was also deploying forces and military hardware to its Ukrainian frontier in a manner that appears to be coordinated with Moscow’s actions.

Change is coming in the European Parliament. Hungarian prime minister Viktor Orbán, Polish leader Mateusz Morawiecki, and Italian Lega party leader Matteo Salvini held a meeting in Budapest this month to discuss the establishment of a new, conservative European Parliamentary alliance. Forged after the withdrawal of the Hungarian Fidesz party from the center-right European People’s party, Salvini claimed the new coalition is intended to ‘make Europe great again’. The trio have agreed to meet for further discussions in Warsaw in May.

What do protests in Georgia and Armenia tell us about democracy?

The similarities in images of protesters camped in tents in Armenia and Georgia over the past few months amid political crises in both countries have been striking. They are signs of the political openness and liberalisation in both the states which share a long history of authoritarian Soviet and Russian imperial rule.

The cross on top of Hungary’s largest church, the magnificent Esztergom Cathedral, has been hiding a 176-year-old time capsule that was only recovered during renovation work this year. The sealed copper canister was inside the cross on the 100-metre dome, the highest in Hungary, which survived being bombed during World War II.

Elderly Georgians, perhaps the poorest category of people in the country, paradoxically have the easiest access to bank credit: In an unstable economic environment, government retirement benefits are one stable, albeit small, form of income that can serve as security for a loan. Liberty Bank, which holds a monopoly on distributing pensions, also offers advances on those same pensions.

The rising Czech rappers making it big in Leeds

West Yorkshire is emerging as a surprising hotspot for the Czech rap scene, with artists such as Dollar Prync and Dynamic using drill and grime influences to express the collective experience of a marginalised diaspora.

‘Quo Vadis, Aida?’ asks: Where does a society go after war ends?

Filmmaker Jasmila Zbanic was a 17-year-old student living in Sarajevo with her family when the Bosnian war began in April 1992. As clashes over Bosnia’s referendum for independence first started, she says nobody imagined there could ever be a full war. “It started like [the] riots on Congress in January in [the] US … I was happy when this happened because I thought what a cool thing not to go to school and have [the] whole city stop,” she says.

Revive your home with prints, cushions and decor by young Moldovan artists

An online gallery is helping young Moldovan artists to monetise their work by transforming their paintings into bright home decor. Galeria Ou has existed as a physical space in the Moldovan capital of Chișinău since 2016 but suspended its activity amid the coronavirus pandemic in 2020. The venue has now re-emerged as a brand new digital platform, aiming to give artists a passive income.