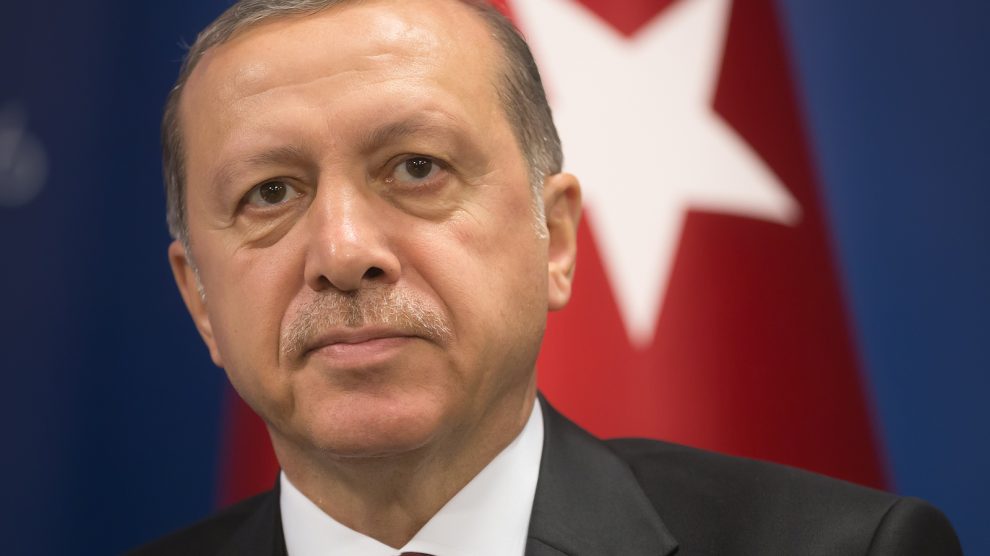 The signing of the so-called Shusha Declaration between Turkey and Azerbaijan is set to open a new chapter in an already amicable relationship between the two countries, and paves the way for further Turkish influence in the Caucasus and Central Asia.

The location of a meeting on June 15 between Azeri President Ilham Aliyev and his Turkish counterpart Recep Tayyip Erdogan was hugely significant.

The city of Shusha in the disputed region of Nagorno-Karabakh was the biggest prize captured by Azerbaijan in last year’s offensive against Armenian-backed forces who had controlled the city since 1994. That it was chosen not just for the meeting but for the signing of a key new declaration that essentially formalises the already tight military alliance between Turkey and Azerbaijan will not be lost on Armenia.

The Shusha Declaration, however, is far more than a military agreement.

“Today, we have established a qualitatively new relationship, and all provisions of this declaration are a guarantee of our future cooperation,” Aliyev told the press. Erdogan meanwhile welcomed a “new era” in relations between the “brotherly” nations and promised that he will soon be signing “many agreements that further strengthen the basis of our brotherhood.”

Erdogan is the first foreign head of state to visit the areas of Nagorno-Karabakh recaptured by Azerbaijan in last year’s six-week war, which ended in November following a Russia-brokered ceasefire.

Shusha, known as Shushi by Armenians, has for centuries been an ethnically mixed city and the site of much communal violence over the past century. It carries historical significance for both Armenians and Azeris.

Azerbaijan’s capture of Shusha was the last major engagement of the war. Since then, Aliyev has made the city the centrepiece of his reconstruction efforts, declaring his intention to make Shusha a cultural hub for Muslims and Turkic-speaking peoples. Armenians have accused Azerbaijan of actively erasing their cultural heritage from Shusha and other recaptured areas.

As part of the declaration, Turkey is set to open a consulate in Shusha – another symbolic step legitimising Azerbaijani control of the city. Other clauses of the agreement include deepening military cooperation, such as allowing the licensed production of Turkish-designed combat drones in Azerbaijan, and for Turkey’s state-owned housing agency TOKI to construct residences for Azeris moving back to Nagorno-Karabakh.

There were also reports that the declaration calls for the construction of a Turkish military base inside Azerbaijan, something which alarmed many, particularly Russia.

However, Russia’s foreign minister, Sergey Lavrov, has since dismissed such talk as “rumours”.

The most significant development is probably the development of the Zangezur corridor. This is the name for a planned road and rail link connecting the Azeri exclave of Nakhchivan to the rest of Azerbaijan. Nakhchivan is a semi-autonomous region currently separated from Azerbaijan by Armenia. The Shusha Declaration envisages the creation of a rail link from the eastern Turkish city of Kars, through Nakhchivan, to the Azeri capital Baku on the Caspian Sea coast.

The opening of this corridor will connect Turkey to Russia-bound trade routes via Azerbaijan. Constructing the Kars-Nakhchivan railroad will give Turkey a much quicker path to the Caspian Sea, and make it easier for Turkey to build economic ties and political influence with the Turkic-speaking Central Asian states.

Turkey has already been nurturing substantial diplomatic relations with the countries of the region.

All of this would represent an intrusion of Turkey into what has historically been Russia’s sphere of influence – perhaps setting the stage for more confrontations between the two regional powers.

Armenia’s official response to the declaration has been predictably negative, with some Armenian commentators seeing it as yet another threat made by their historical enemies against Armenian sovereignty. In a statement, Armenia’s Ministry of Foreign affairs branded the declaration “an outright provocation against regional peace and security”.

“Although the Turkish-Azerbaijani declaration states in a separate point that the document is not directed against a third party, nevertheless its entire content targets the Armenian people…it is noteworthy that the declaration is not based on the UN Charter or the principle of universal and inseparable security of the OSCE, but their approach to ‘racial security’, which is promoted as a principle of unification of the ‘Turkish World’,”  the statement read.

With Turkey and Azerbaijan taking further steps to link their countries economically, diplomatically and militarily, Armenia certainly has reason to worry.

The question of Nagorno-Karabakh is still unresolved, and it is not out of the question to expect renewed fighting in the near future, particularly after the expiration of the Russian peacekeeping mission’s mandate.

Furthermore, while Azerbaijan successfully builds deeper ties with its neighbours, Armenia is still largely on its own. The Shusha Declaration may further cement Armenia’s diplomatic isolation in the region and put it under increasing economic strain as it continues to be left out of the budding economic links among its neighbours.

Is a sharp rise in Slovakian property prices cause for alarm?
Macedonians frustrated by slow pace of EU accession, reveals new poll
Comment