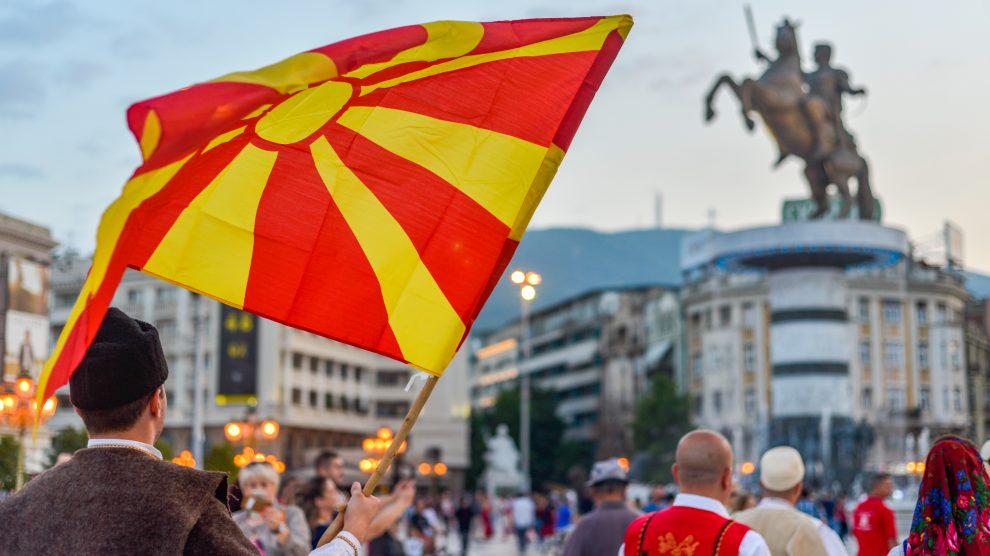 Unemployment, a lack of Covid-19 vaccines, and the prevailing economic situation are the most pressing concerns of people in North Macedonia, but they are also troubled by a lack of progress towards EU accession.

Joining the EU enjoys broad backing in the Western Balkan country (79 per cent support EU membership) but tellingly, only 32 per cent think that North Macedonia is closer to joining the EU now than it was in 2005.

This represents a significant drop over the past three years. In 2018, 57 per cent of those polled thought North Macedonia was closer to the EU than in 2005.

Ilina Mangova, deputy director at the IRI, says the lengthy pre-accession process and recent political crises have negatively affected people’s belief that North Macedonia is getting close to EU membership.

“The change of government in 2017 and – especially – the signing of the Prespa Agreement in June 20218 raised enthusiasm among the citizens that the country’s path to the EU is finally open,” she tells Emerging Europe.

“However, the French veto in 2019 and now the Bulgarian veto are making citizens think that accession is still far from becoming a reality.”

North Macedonia’s road to the European Union has seen several major roadblocks. A longstanding dispute with Greece over the country’s name was resolved by the Prespa Agreement, but almost immediately Bulgaria started issuing its own demands.

In May, the EU suggested that Albania’s accession process could be decoupled from that of North Macedonia in a further blow to the government in Skopje.

Bulgaria is blocking the start of EU accession talks over what it sees as unresolved issues around the Macedonian language and national identity.

“The discussions in Bulgaria revolve around identity, issues which are very sensitive and emotional to everyone, including Macedonians,” Mangova explains.

In the survey, when asked what North Macedonia should do about the Bulgarian veto, only seven per cent supported the idea that the country should fully acquiesce to Bulgarian demands. A further 25 per cent believe North Macedonia should continue dialogue with Bulgaria but without jeopardising its positions, 33 per cent said that the EU should pressure Bulgaria, while nearly a third offered no solution or refused to answer.

“The government needs to be very savvy and diplomatic, but also careful not to offend the feelings of its people. The poll identifies how people feel about these issues and it is up to the government to find and reach a dignified compromise,” says Mangova.

In the poll, Macedonians also showed concern with unemployment, the government’s handing of the Covid-19 pandemic, and the economic situation in general.

Ahead of local elections expected to take place in October, those surveyed also displayed a significant level of dissatisfaction with local governments and mayors.

Results are similar in the capital, Skopje — 23 per cent are very or somewhat satisfied with the mayor, Petre Shilegov.

Despite these low approval ratings, Mangova says that voters are still expected to vote on traditional party lines, making any significant change, like that seen recently in Zagreb, unlikely.

“The political scene in North Macedonia is largely different that in Croatia, as it is very ethnically based,” Mangova explains.

“The parties represent constituencies based on ethnic lines, which narrows down the space for civic voices.”

Mayoral seats are expected to remain among the ranks of the four biggest political parties, due to the importance of coalitions in ethnically mixed municipalities.

“In ethnically mixed municipalities, coalitions are crucial in getting a mayor elected. Thus even if a candidate is not supported by the general public in the municipality, but she or he is put forward by the main parties in that municipality and the opposition candidate is not very competitive, she or he might get elected,” Mangova concludes.

In a snap parliamentary election held last year, Zoran Zaev, who concluded the Prespa Agreement with his then Greek counterpart Alexis Tsipras, was returned to office at the head of a coalition government that includes his own Social Democrats and the Democratic Union for Integration (DUI), one of the parties that represents the country’s significant Albanian minority.

The coalition is fragile, however, with just a two-seat majority in the country’s 120-seat parliament.