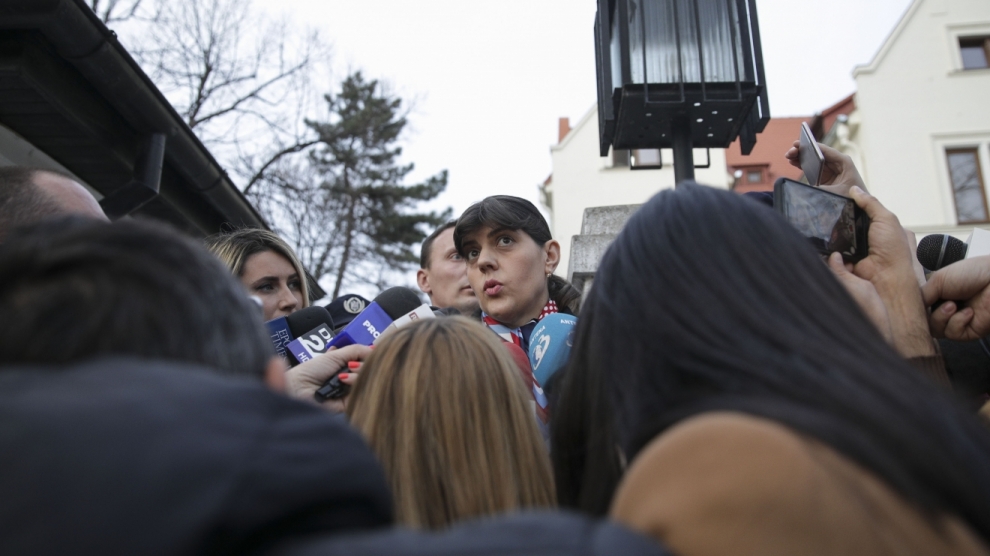 The British Ambassador to Romania Andrew Noble has called the country “one of the most courageous” in the east of Europe for its efforts to root out high-level corruption.

Mr Noble was speaking at an event to mark the 15th anniversary since the creation of Romania’s Anti-Corruption Unit, the DNA, which he said was “the first structure to create and implement from zero a complete set of preventive anti-corruption initiatives.”

He mentioned the May 5 judgment of the European Court of Human Rights against former anti-corruption chief prosecutor, Laura Codruţa Kövesi (pictured above, centre) which said she was wrongfully dismissed in 2018.

“This case will remain a reference point for everyone involved in the fight against corruption, not only in Romania, but also in other countries that face this problem,” added Mr Noble.

It was the appointment of Ms Kövesi as head of the DNA in 2013 which made the fight against corruption a national priority in Romania. In April, Ms Kövesi, now the head of the European Public Prosecutor’s Office (EPPO), was named as as Emerging Europe’s Public Figure of the Year. During her five years in office she oversaw the prosecution of thousands of corrupt politicians. Mayors, MPs and even former prime ministers were found guilty of graft and sentenced to prison on her watch.

Kövesi was eventually fired in 2018 – just a few months before her second term as DNA boss ended – by the then social democratic-led government, which had long viewed her as a thorn in its side, just weeks after the leader of the leader of social democrats, Liviu Dragnea, had been sentenced to three years and six months in prison for abuse of office

“It has not always been easy to tackle corruption in Romania, and there have been times when the European Union has been critical of Romania in its lack of progress in this area, but I am certain that with the continued effort of skilled and dedicated people Romania will fulfill its goal of becoming a country in which the rule of law is paramount, and in which corruption does not affect state institutions and, by association, its people,” said Mr Noble.

The UK ambassador also pointed to the fruitful collaboration between the DNA and UK embassy, which he said had contributed “to efforts to strengthen the institution and its expertise in the field of preventing and combating corruption and promoting integrity.”