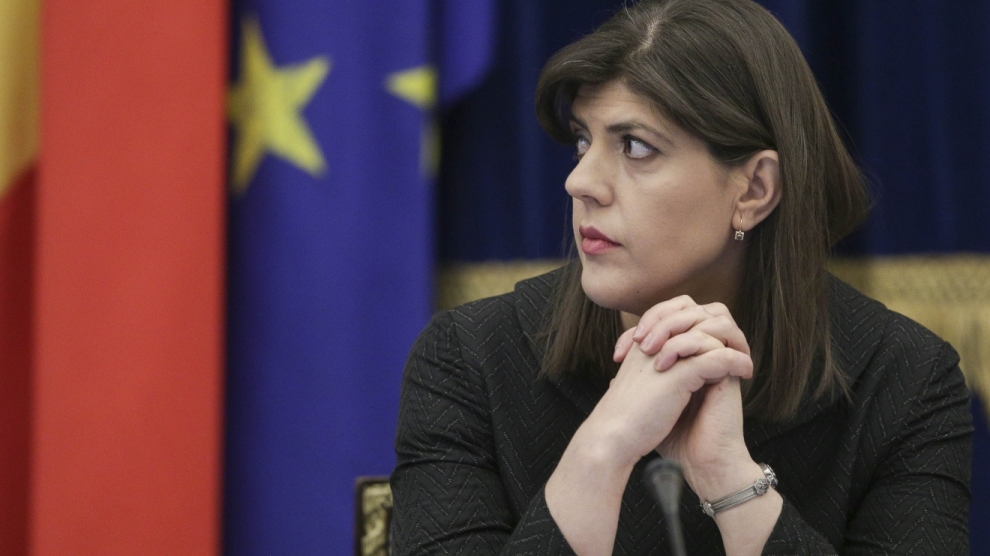 Just days after being named as Emerging Europe’s Public Figure of the Year, Romanian Laura Codruţa Kövesi has won a landmark victory at the European Court of Human Rights (ECHR), which on May 5 unanimously ruled that she had been unfairly dismissed from her post as head of Romania’s Anti-Corruption Directorate (DNA).

“Her premature removal defeated the very purpose of maintaining judicial independence and must have had a chilling effect on her and other prosecutors and judges in taking part in public debate on legislative reforms affecting the judiciary and judicial independence,” the ECHR said in a statement.

The ECHR found in particular that there had been no way for Kövesi to bring a claim in court against her dismissal, and that her right to freedom of expression had been violated because she had been dismissed for criticisms which she had made in the exercise of her duties on a matter of great public interest.

“This ruling defends magistrates from political interference,” said Ms Kövesi. “I hope that this decision will give all Romanian magistrates courage.”

Kövesi was fired by Romania’s president Klaus Iohannis in July 2018 – dealing a severe blow to the fight against corruption in Romania – following months of tension which began in February of that year when Romania’s then justice minister, Tudorel Toader, formally called on Mr Iohannis to dismiss her on ridiculous charges of undermining the government, defying Romania’s constitutional court, and exceeding the legal limits of her role by making unfounded claims in interviews given to foreign news agencies.

After the president refused to sack Kövesi, the case was referred to Romania’s constitutional court, which ruled in June 2018 that Mr Iohannis must fire her. In addition, the government of the time, led by the notoriously corrupt social democrats (PSD) had repeatedly threatened Mr Iohannis with suspension should he delay firing Ms Kövesi any longer.

In lodging her complaint with the ECHR in December 2018, Ms Kövesi claimed that the constitutional court’s decision had denied her access to a court to defend her rights in relation to her dismissal from the DNA, and alleged that her mandate had been terminated after she had publicly expressed her views, in her professional capacity, on controversial legislative reforms affecting the Romanian judicial system.

Kövesi – who in her role as DNA boss made Romania’s fight against corruption a subject of national importance and had the foresight to see that corruption represents the single biggest threat to the country’s well-being – was last year named as Europe’s first ever public prosecutor, despite the PSD’s efforts to block her appointment. She will therefore not be seeking to complete her second-term as DNA boss, although the ECHR ruling would allow her to do so.

Nor did Kövesi ask for damages, although the ruling of the ECHR is likely to have a heavy cost for Romania’s constitutional court (CCR), over whose independence and credibility a huge question mark now hang.

Even a former PSD justice minister, Ana Birchall, appeared to agree. “The ECHR ruling is a shameful slap in the face for the CCR, seriously affecting its credibility,” she said. “It’s a red card for the court’s president, Valer Dorneanu, and all of its members who supported the dismissal of Kövesi.”