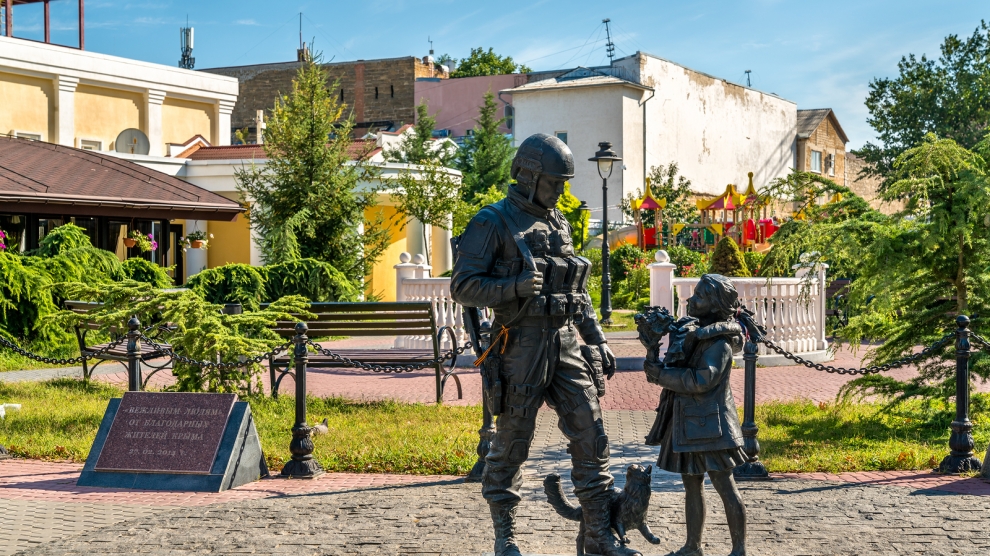 Six years after the Russian military occupied Crimea and seized the peninsula from Ukraine (based on the results of a carefully orchestrated referendum which was neither free nor fair), the human rights situation for local citizens under the occupation has become intolerable, especially for the Crimea’s Tatars.

The ethnic Muslim community, which accounts for around 10 per cent of the peninsula’s 2.3 million people, has been a target for Crimea’s so-called authorities since they stood – almost as a whole – against the Russian annexation and the subsequent abuse of human rights.

Immediately after the peninsula was invaded, Russia began harassing the local Tatar population for opposing Moscow’s rule. One of the first victims was Reshat Ametov, a Tatar political activist who was campaigning against the staged referendum in March 2014. His tortured body was found two weeks later, and the murder remains unsolved. The murder was followed by a number of arrests aimed at silencing all those disagreeing with the ideals of Russia’s president, Vladimir Putin, as well as disappearances of prominent Tatar figures such as Ervin Ibrahimov, the chairman of the World Congress of Crimean Tatars.

The subsequent six years have seen the situation deteriorate for the Tatar community in every walk of life: on-site reports claim that homes of Tatar families have been raided, with many losing their jobs simply because of their ethnicity. On a different level came something that the government in Kyiv has described as “cultural destruction.” Simultaneously as the occupant authorities were crushing all gatherings and events not agreed by Crimea’s new rulers, Tatar newspapers, TV channels and radio stations were forced to close, and Crimean Tatar language classes banned.

In 2016, the Tatars suffered another severe hit when the Mejlis, an elected representative-executive body representing the community, was outlawed by the occupying Russians, with local authorities calling it “separatist and extremist.” Mustafa Dzhemilev, a Ukrainian MP and the head of the Mejlis, is barred from entering Crimea, while several of his fellow Mejlis members have been forced to leave the peninsula or face criminal charges for “extremism.”

Since 2014, the United Nations has documented human rights violations such as arbitrary detentions and the enforced disappearances of 43 individuals, including pro-Ukrainian activists, affiliates of Crimean Tatar institutions and journalists, most of whom were detained, held incommunicado, and later released. While the number of cases recorded by human rights organisations decreased in the following years, the situation looks dire for many since local reports confirm that abduction, torture and abuse continue.

At present, around 70 ethnic Tatars are imprisoned in Crimea on a variety of fabricated charges such as “sponsoring terrorism” and “plotting against the state.” One of them is Seiran Saliyev, a Tatar activist, who – along with five others – has been detained since 2017 and is now facing criminal charges for “attempting to overthrow the government.”

Mr Saliyev is a member of a Muslim organisation called Hizb ut-Tahrir which is legal in Ukraine, but outlawed in Russia.

“When the arrests came, people understood that any right, any point of view, any opinion that contradicted the line of the totalitarian government would be punished. And the lives of many people changed. People who had never thought about resisting or defending their community or one another began doing just that,” said Saliyev’s wife, Mumine Saliyeva.

Speaking in an interview with RFE/RL, Mrs Saliyeva, who is the founder of Crimean Childhood, an NGO helping close to 200 Tatar children whose parents are being detained by Russia, said that the moment a person decides to show up at a trial and cooperates with the authorities in starting an administrative case, that case is “smoothly transformed into a criminal case” and this is exactly what happened to her husband. “We understand that their basic motivation is our political and religious opinions, as well as our public activity,” she says.

Another striking example is how the Russians have oppressed Crimean Solidarity, a social movement that helps local families, organises community activities for local Tatars and raises awareness about human rights violations under Russian rule. One of its co-founders, Server Mustafayev, an entrepreneur from the city of Bakhchisaray, was detained in 2018 and stands accused of “participating in a terrorist organisation” and faces up to 20 years in a Russian prison.

“We are fighting in peaceful ways. We will never take up arms,” Rustem Mustafayev, his father told Hromadske, a Ukrainian TV station, stressing how unfounded the Russian allegations are. “Is this even a court system?” he continued, referring to the fact that his son’s trial has been extended for 18 months without a single witness being produced.

“This is a political order. To put it simply: no nation, no problem,” he said, summing up.

The Ukrainian media has reported that two Tatar political prisoners – one of whom is Mr Mustafayev – were refused coronavirus tests despite showing symptoms associated with the virus during a court hearing on March 19.

According to Nataliya Gumenyuk, a Ukrainian journalist who has been reporting from the Crimea for years, the “demonisation of the Crimean Tatar population as potential terrorists” is one of the most creepiest elements of Russian state propaganda. “Without any reason, siloviki [warriors] from the Caucasus, from the Muslim regions of the Russian Federation, are being transferred to Crimea in order to “fight Islamic radicalism” – they come from regions where this has been a problem. But there has never been a single terrorist attack in Crimea,” she explains.

“Crimea is not a hot spot, and that makes people say: ‘the Crimean question can wait.’ It is precisely the words: ‘we do not fully know what is happening there’, which, in my opinion, has become an excuse for inaction. If you want to find out, you can,” she says.