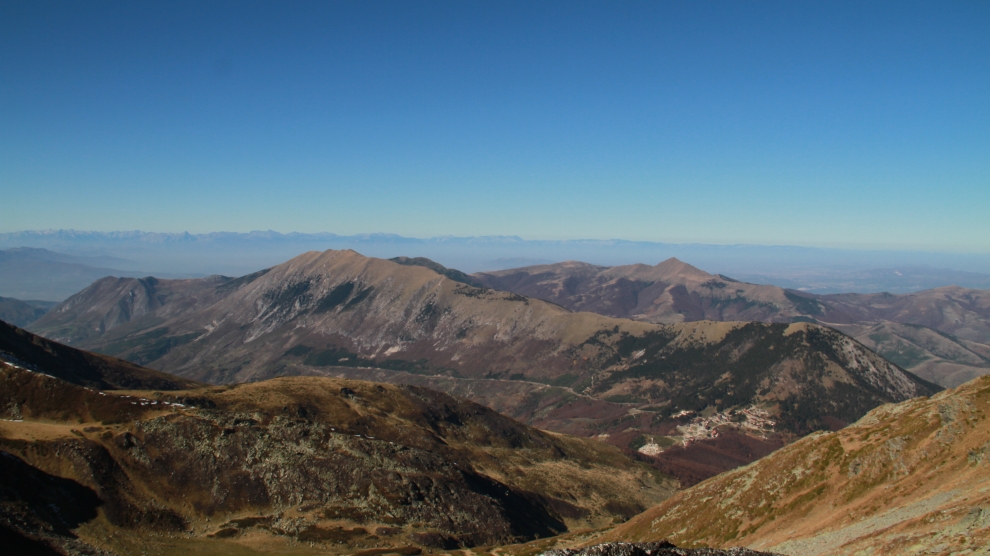 The Sharr is home to a diverse number of West Balkan communities, including the Gorani, but the mountain range is also known for its impressive biodiversity, which includes a number of endemic species of flora and fauna, such as the endangered Balkan lynx.

Situated in the South-Western Balkans, more than half of the Sharr range is in North Macedonia, while also covering a significant part of Kosovo, extending into eastern Albania, where it creates a natural border with Greece.

It is this unique location of the Sharr, once separating socialist Albania and Yugoslavia from their southern neighbour, that has made the mountain range one of the most unspoilt nature spots on the Balkans, if not Europe.

Despite this apparent boon for the preservation of the natural environment, the overall political impact on the ecology of the region has been far from positive, as diplomatic spats – ongoing for decades – have prevented local leaders from ensuring the environmental preservation that the Sharr needs.

While national parks are vital for protecting countries’ natural environments, the process of setting up such a reserve can be difficult and prolonged even in the most politically stable regions. It is thus no surprise that the young nation has been struggling with ensuring the proper functioning of its new national park, with reports suggesting continuous issues with illegal hunting and alleged animal abuse within the park.

In North Macedonia, the creation of a Sharr Mountain National Park has been talked about for 20 years, but a solid plan for action had not been established until recently. In May of this year, North Macedonia’s Ministry of Environment and Physical Planning, at last, adopted a proposal on declaring the Sharr a protected area with the category of a national park by 2021.

According to the minister of the environment, Naser Nuredini, the creation of such a national park in North Macedonia will not only fulfill existing national and international commitments to protecting the natural landscape of the mountains but will also help with local development by encouraging ecotourism. The long-expected establishment of a national park could also help address the growing issues with littering and illegal logging in within the Macedonian side of the mountain range.

Supported by the German Development Agency GIZ, since March 2019, the Macedonian Ecological Society (MES), the Protection and Preservation of the Natural Environment in Albania (PPNEA), and the Kosovar NGO Finch have been acting together as stakeholders for the preservation of biodiversity and encouraging EU-style cross-border activities in the realm of environmental protection.

The Sharr mountain is also under the consideration of the so-called European Green Belt, which aims to create an ecological network stretching from Norway to Greece, mostly encompassing emerging Europe countries. The initiative has also played a role in strengthening cooperation in environmental preservation in the Balkans but establishing closer relations among the Sharr nations within an EU framework could further boost the possibility of reaching the Green Belt Initiative’s objective of achieving transboundary conservationism in the region.

Despite these signs of national and regional progress, however, a number of issues remain on all sides of the borders drawn within the Sharr. These include littering, logging, inadequate protection of endangered species, as well as the impending possibility of the construction of yet more hydropower projects that will add to the 25 existing plants within Kosovo’s Sharr National Park, which could spark a response similar to that already seen in Bosnia and Herzegovina.

What does seem clear is that solving the issues threatening the natural wealth of the Sharr requires stronger cooperation between the three countries in whose territories the mountains lie.