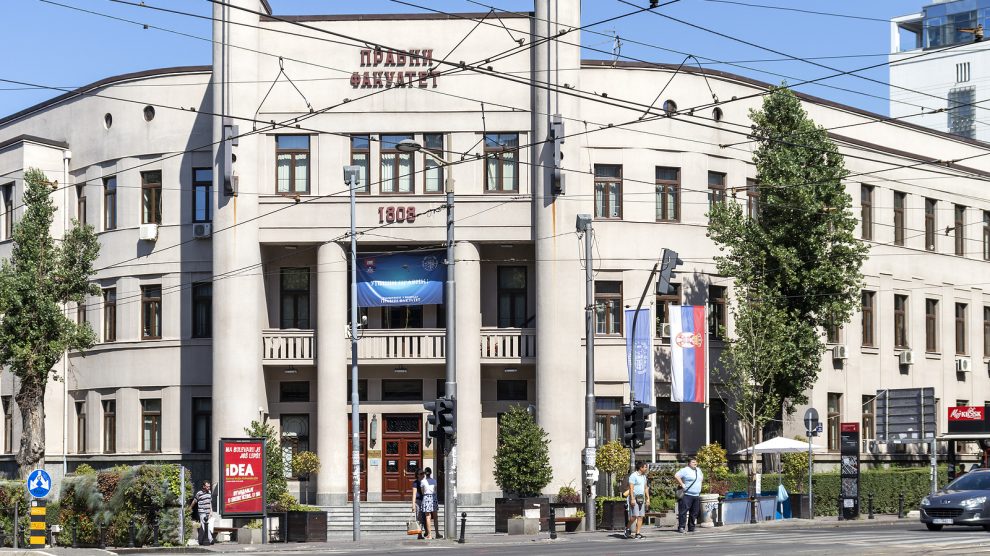 The University of Belgrade has fallen out of a ranking of the top 500 universities in the world. Not a single university from the Western Balkans now makes the cut.

The University of Belgrade, Serbia’s most prestigious higher education establishment, has fallen out of the Academic Ranking of World Universities Top 500, and now sits in the 501-600 bracket.

Also known as the Shanghai Ranking, the global league table was originally compiled and issued by Shanghai Jiao Tong University in 2003, and was the first global university ranking to include multifarious indicators.

The Shanghai Ranking – in which institutions such as Harvard and Stanford in the United States take the top spots – uses what it calls a “transparent methodology and objective third-party data” to create a table of the world’s best universities.

For the University of Belgrade, appearing in the 401-500 bracket (only the top 100 institutions are given exact placings on the list) in 2012 was a major achievement. Its demotion this year is a serious blow.

“Falling out of the company of the 500 selected universities on the Shanghai list is the greatest faltering of Serbian science and higher education ever,” says Stanko Stojiljković, editor-in-chief of the Serbian science magazine Galaksija.

It begs the question as to what has happened to arguably the most prestigious university in the Western Balkans.

The only other institution in the region to grace the list is the University of Novi Sad, which has for the last few years dipped in and out at the 901-1000 range.

According to the rector of the University of Belgrade, Ivanka Popović, the current result was expected.

“Our researchers get the maximum results in the conditions we have. Other countries invest more and get dividends by advancing on the list,” she told the Serbian media.

Stojiljković agrees that the root cause of the fall is in the dearth of scientific research coming out from the institution and that this is caused by a lack of investment in the sciences.

“Serbia doesn’t invest enough into science — only around 0.3 to one per cent of GDP — and that money is distributed evenly and not by scientific merit. Both the most cited [academics] and those without a single international citation get the same,” he tells Emerging Europe.

In 2019, following five years of public pressure, the university’s Professional Ethics Committee judged that the work was plagiarised. But earlier this year, the Serbian Administrative Court voided the decision on account of “violation of procedure”.

Now, the Ethics Committee will deliberate once again, as the scandal enters its eight year.

“When you factor in the increase in plagiarism, fake and meaningless doctoral theses, nepotism, brain drain of the most gifted, negative selection and so on, I expect that [the University of] Belgrade will disappear from the top 1,000 within two or three years,” Stojiljković says.

However, Zoran Nikolić, a professor at the Faculty of Physics, explains that the university’s fall is not as dramatic as the media have reported. While the Shanghai list only gives exact rankings for the top 100 universities, it is possible, due to the transparent nature of how the rankings are made, to calculate the exact place.

According to the research Nikolić has done, last year the University of Belgrade found itself in 464th place and this year is 501st institution, just one place shy from the more coveted 401-500 range.

“The jumpy increases and decreases in the positions on the Shanghai list happened because University of Belgrade research was on and off the highly cited research list,” Nikolić explains.

While there is truth to the fact that it’s a success just to be on the list, the fall out of the top 500, for the first time since the university was listed, does represent a symbolic loss for the University of Belgrade.

“Since 2019, Serbia has gone from project-based to institutional financing, and the process of the elite project-financing was not completed. That has in a certain sense lowered competitiveness and therefore the motivation of researchers to publish more,” he adds.

As to how it might get back in the top 500, Nikolić says that completing the reforms in the scientific sector that are already underway, as well as more stable financing, “would create” those conditions.

For now, the University of Belgrade must make do with just being on the list at all.