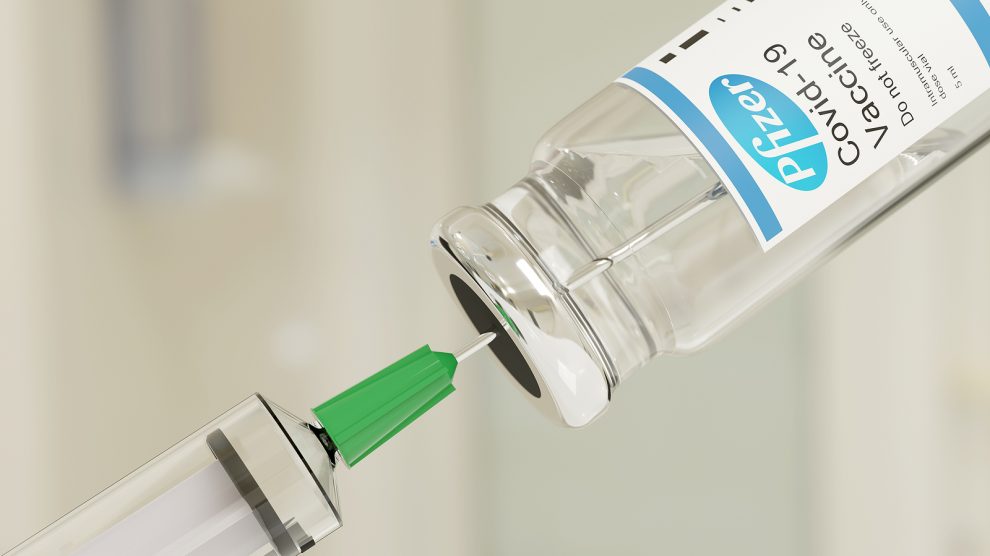 With the Western Balkans scrambling to procure Covid-19 vaccines from multiple sources, the EU steps in to offer a helping hand.

The six countries of the Western Balkans will get early access to Covid-19 vaccines courtesy of an aid package worth 70 million euros agreed by the European Commission on December 28.

The package was adopted under the Instrument for Pre-Accession (IPA II) to help fund access to vaccines in all of the the Western Balkans countries — Albania, Bosnia and Herzegovina, Montenegro, North Macedonia, Serbia, and Kosovo — and will be disbursed in the form of grants.

These grants are intended to help cover the cost of vaccines for priority groups in the region and the necessary vaccination equipment. The grants will enable Western Balkans countries to purchase a number vaccines from the EU Advance Purchase Agreements with six manufacturers, with individual EU members sharing a part of their pre-allocated doses.

“Throughout the pandemic, the EU has shown that we treat the Western Balkans as privileged partners. We continue to act in this spirit also in the case of vaccines, by taking steps to enable a quick start of vaccination campaigns to critical staff and most vulnerable groups in the region early on,” said European Commissioner for Neighbourhood and Enlargement Olivér Várhelyi.

While the EU continues to support the COVAX initiative, the world’s facility to ensure fair and universal access to Covid-19 vaccines, and all Western Balkans partners have signed up to it, the delivery of vaccines under that scheme is expected to start later than the vaccination campaigns in the EU, which began on December 27.

Access to a number of doses from the EU purchase agreements will therefore enable the region to start vaccinations in parallel with EU member states. With the countries of the Western Balkans already scrambling to procure enough doses of the various vaccines from as many different sources as possible, the EU’s move to share its first batch is welcome.

In addition to the grants, the European Commission and the European Centre for Disease Control are also assisting the region in finalising vaccination strategies in line with Commission recommendations to ensure appropriate preparation of the campaigns and seamless administration of the vaccines.

In Serbia, vaccination in fact began on December 24, three days before the EU, when Prime Minister Ana Brnabić received a dose. Several other officials received the vaccine alongside her, in a bid to increase trust in the vaccines as Europe and the world struggles to counter the threat to the immunisation programme posed by the anti-vaccination movement.

However, Serbia does not currently have enough doses to begin mass immunisation, as only 4,800 Pfizer vaccines have so far reached the country. An additional 21,000 doses of the Pfizer vaccine are expected in January with contingent of 1.8 million doses arriving through the COVAX mechanism throughout next year. Serbia is also in talks with other manufacturers, including from Russia and China, whose vaccines are also expected to become available soon.

Prime Minister Brnabić has said that a million doses of Covid-19 vaccines from various sources are expected in January.

According to Serbian President Aleksandar Vučić, mass inoculation could begin as early as mid-January. For now, the available doses will be given to residents of nursing homes who are over 70 years of age.

Meanwhile, in neighbouring Bosnia and Herzegovina, the exact date when the first quantities of the vaccine will arrive is unknown, but according to the country’s ministry of civil affairs, the first quarter of 2021 is a realistic date.

Montenegro is faring similarly, where it is expected that the first doses under the COVAX programme will arrive by April. In Albania, the first doses are expected to arrive in January or early February. Like Serbia, Albania is also trying to get vaccines from multiple sources.

Officials in Kosovo have stated the first COVAX vaccines are expected to arrive by March, although some Serbian residents of the northern municipalities of Kosovo did receive a vaccine from Serbia’s Pfizer contingent, angering the government in Prishtina.

The move – which has the capacity to cause a new diplomatic row – has been criticised by Kosovo PM Avdullah Hoti and by Mr Várhelyi, who expressed “concern”.

Regardless, President Vučić has suggested that Serbia is still planning to offer more doses to Kosovo, including to non-Serbian residents.

North Macedonia will receive the vaccine at much the same time as the EU, this time thanks to Bulgaria. The Bulgarian government has pledged to donate a part of the vaccine shipments that it has bought directly from manufacturers.

So far, there are no plans in the Western Balkans to make vaccines mandatory, but they will be provided at no cost to those who decide to get them.