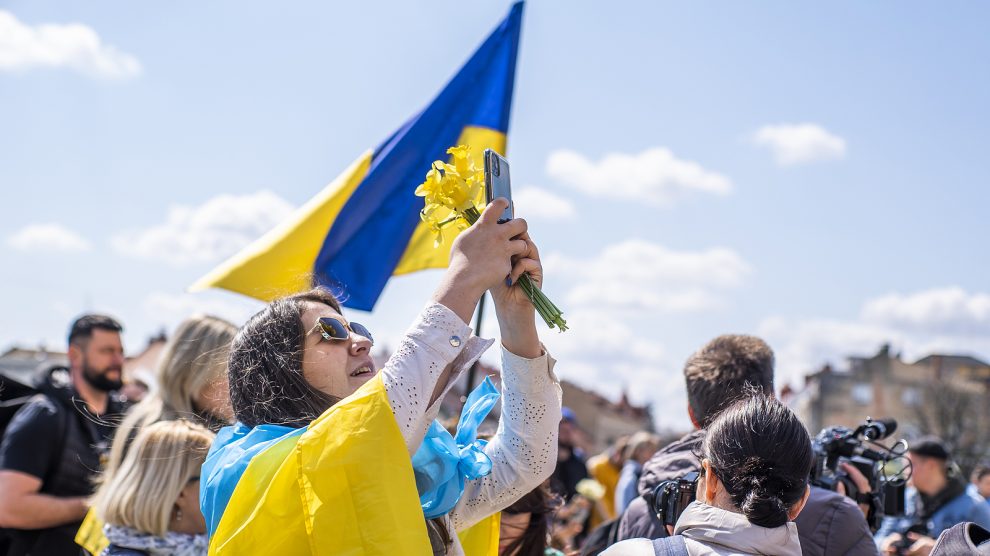 What would victory actually mean now for Ukraine – and for Europe?

Any ending must be decisive – a long-term simmering conflict would be the same as a defeat for the Ukrainian people.

It’s not the West that is escalating this war

Russia invaded Ukraine. Now it is brandishing nukes. And yet we’re told Western powers must ‘de-escalate’.

Does a Russian bank merit a sanctions waiver for Central Asia?

As the list grows of Russian banks sanctioned by Western governments, light is shining into some of the darkest corners of the country’s banking industry.

A Warsaw housing complex built in the 1970s and rented by Russia was reputed to be a nest of spies. The city’s government has seized the site and pledged to hand it over to the Ukrainian community.

Moldova next? How Europe should react to Russia’s implicit threat

The Russian Foreign Minister’s very public descent into the squalid depths of anti-Semitic conspiracy theories highlights the mounting difficulties facing the Putin regime as it attempts to justify the war in Ukraine.

A heart-to-heart with Russia’s elites

If there is any advantage to living in Moscow in these troubled times, it is the opportunity to meet with people in person. They prefer privately.  Better in a restaurant with no one around. Or better yet in the corner of a small city park.

Belarus’ authoritarian President Alexander Lukashenko defended Russia’s invasion of Ukraine in an interview Thursday with The Associated Press, but he said he didn’t expect the 10-week-old conflict to “drag on this way.”

In the absence of arms control, nuclear weapons maintain their dangerous symbolic allure for leaders such as Vladimir Putin. But the stark truth is that nuclear weapons have always put the world in catastrophic danger.

Support builds for use of frozen Russian assets to reconstruct Ukraine
How to communicate like Zelensky: Make it personal
Comment