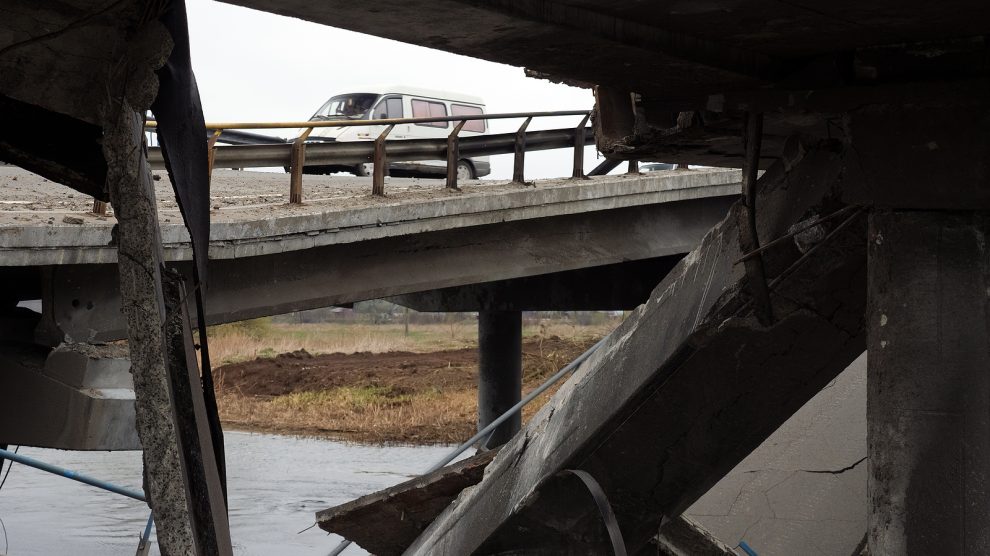 The EU’s foreign policy chief has joined calls from the US, and Ukraine itself, to use seized Russian assets to rebuild Ukraine.

In an interview published in the Financial Times on May 9, Borrell said that the move would be similar to what Washington did with the Afghan central bank’s assets following the return of the Taliban to power in that war-torn country.

In March, Russia said sanctions against it over the war had frozen around 300 billion US dollars of assets – around half of its total gold and foreign exchange reserves – held by Russia’s central bank abroad.

“The European Commission has said the reconstruction price tag could run into hundreds of billions of euros, and EU capitals should consider seizing frozen Russian foreign exchange reserves to help pay for the cost of rebuilding Ukraine after the war,” Borrell said.

Borrell is not the first person to suggest using Russian money to help finance the post-war reconstruction of Ukraine.

In March, the governor of Ukraine’s Central Bank, Kyrylo Shevchenko, said that Russia should eventually be made to pay to repair the damage caused during the invasion.

“The need for money will be huge,” he said. “It could be fulfilled through loans and grants from multinational organisations and direct help from other countries. However a large share of financing is needed to be obtained as a reparation from the aggressor, including funds that are currently frozen in our allied countries.”

At the end of April, US Secretary of State Antony Blinken said that the Joe Biden administration was “weighing options” for directing tens of billions of US dollars in frozen Russian government assets in the United States to the rebuilding of Ukraine.

“We’ve asked our own lawyers to look at what authorities would be needed potentially to seize those [Russian government] assets, but not only to seize them but to use them” to rebuild Ukraine, he told the House Foreign Affairs Committee.

The previous day, the House passed legislation that would authorise President Biden to seize and liquidate those assets worth over five million US dollars that belong to foreigners already sanctioned by the United States whose wealth is partially derived from their support of Vladimir Putin.

The proceeds from the sale of the assets would be directed to post-conflict reconstruction of Ukraine, buying weapons for Ukraine’s military, and to providing humanitarian and refugee assistance to the Ukrainian people.

Back in Europe, the EU faces renewed problems in its efforts to push through a new package of sanctions against Russia, primarily from Hungary.

The EU wants to halt all oil imports from Russia by the end of this year, but despite Hungary and Slovakia having, as part of the latest proposals, been offered an opt-out until the end of 2024, Budapest remains reluctant to sign up.

Péter Szijjártó, Hungary’s foreign minister, reiterated his government’s stance on May 8, confirming that while Hungary had approved all sanctions packages so far, the latest would jeopardise its energy security.

“We will not vote for this latest package,” he wrote on Facebook after a meeting of the EU’s 27 ambassadors to Brussels ended without an agreement. Talks are expected to resume in the coming days.

The UK, US, and Canada have already banned imports of Russian oil.

‘Mountains’ of grain risk going to waste if Russia continues to block Ukraine’s ports
What victory would mean for Ukraine: Elsewhere in emerging Europe
Comment