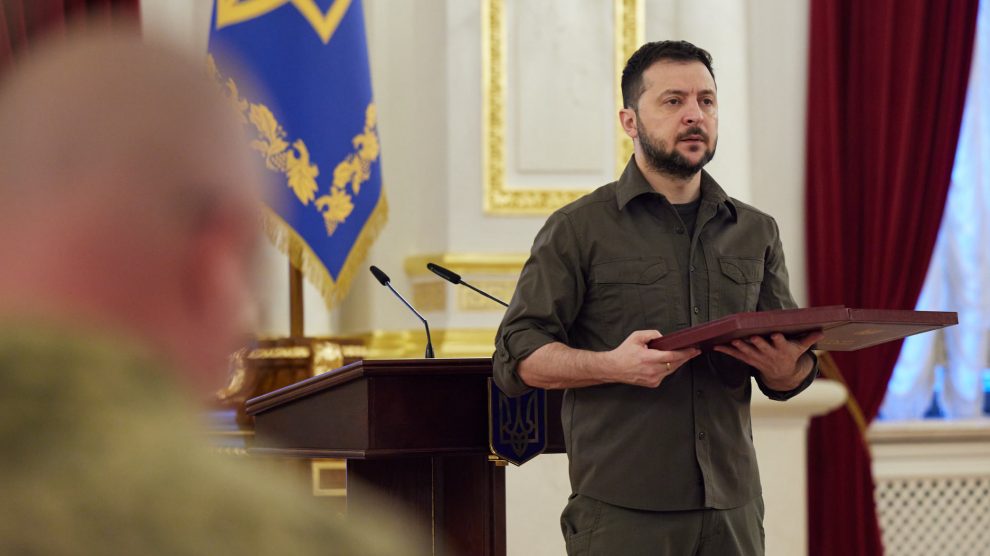 In the near future, all world leaders will need to be as comfortable using digital tools as Ukrainian President Volodymyr Zelensky.

There is little doubt that whatever the eventual outcome of the war in Ukraine, our understanding of conflict leadership will change forever, not least the role of social media, which has been used to good effect to mobilise Ukrainians and internationalise their cause.

Propaganda – in one form or another, be it to rally public opinion or control information – has always been important in times of war, and the proliferation of social media platforms over the past decade has made mass communication easier – and more immediate – than ever.

But social media is a double-edged sword. While it offers leaders a tool to reach a huge audience much faster than traditional broadcast or print media, it carries risks. Its viral nature means that mistakes and missteps are disseminated to millions instantly, and its potential to destroy careers is as great as its potential to make them.

Volodymyr Zelensky, a popular actor, comedian and performer long before he became Ukraine’s president in 2019, had a large social media following prior to his presidential bid, making it easier for his campaign to communicate and appeal to Ukrainian voters.

Since the Russian invasion of February 24, his following has grown at record rates. On Instagram alone, his number of followers has more than doubled to almost 17 million, according to DigiTips, a boutique advisory firm based in Geneva which monitors social media use by world leaders.

Zelensky is now the fifth most-followed world leader on the platform: those ahead of him (India’s Narendra Modi, Indonesia’s Joko Widodo, US President Joe Biden, and Brazil’s Jair Bolsonaro) all lead countries with far larger populations.

“The moment that really made him was when he went out on to the streets of Kyiv with the prime minister, the speaker of parliament, and his advisor, telling the world that they are still there, and that they aren’t going anywhere,” says Matthias Luefkens of DigiTips. “It’s a totally different style of leadership to what we have been used to.”

What makes Zelensky’s social media posts so effective, adds Luefkens, is that it is all so personal. “It’s from the heart,” he says.

“Posting nightly updates, in an extreme situation, sheltering from attack, that resonates. And what world leaders should learn from this is to do the same: communicate like Zelensky, make it personal. It’s so important.”

But it’s not just social media that Zelensky has mastered, points out Luefkens.

“He has been able to go on the offensive by using video links to speak to as many parliaments around the world as possible. He is speaking directly to decision makers: you can’t have a better audience.”

But the content is also important, says Luefkens. “He has adapted his message to the various audiences, talking about Pearl Harbour when addressing the US Senate, the Holocaust when speaking to the Israeli Knesset. It’s all about bringing home the idea that aggression against Ukraine is aggression against the entire free world.”

Ukraine’s prowess in using social media has not been limited to the country’s president.

Its Ministry of Digital Transformation has made excellent use of its Ukraine Now channel on the Telegram platform, both as an official source of news and information and – in the early days of the war – to raise what became known as the Ukraine IT Army, a network of coders and programmers using their tech skills to conduct cyber guerrilla warfare.

“Ukraine Now was originally set up as channel for sharing Covid-19 information,” says Luefkens. “But then they flipped it, using their already large audience for another purpose.”

If Luefkens has one piece of advice for any country considering its future social media strategy, he says that they should have a similar channel – on whatever platform works best in the respective country, be it Twitter, Telegram, or Instagram – set up, ready to activate in times of crisis.

“They don’t have even have to post anything, just to make sure that people know it exists, and that all the government departments and officials are aligned and know how to use it.

“Because you never know when the next crisis will happen. Be out there, be present, and make it personal. Be like Zelensky, be like Ukraine.”

What victory would mean for Ukraine: Elsewhere in emerging Europe
‘Ukraine will again see peace’: Emerging Europe this week
Comment