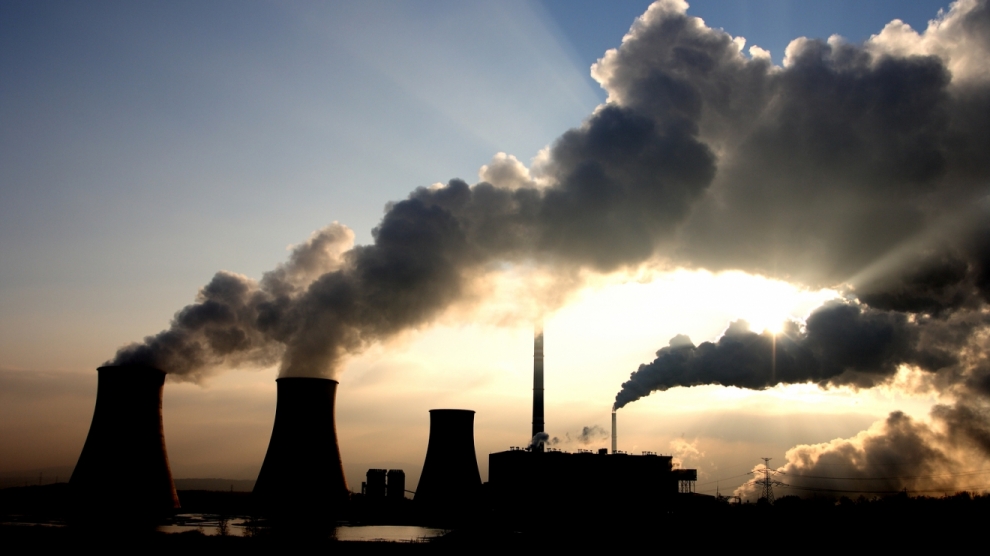 The European Union has pledged to go carbon neutral by 2050, and so have the countries of the Western Balkans. But as air pollution in the region gets worse, its reliance on coal power plants makes the target look unattainable.

With the exception of Albania, which gets most of its energy from hydropower, coal is the dominant source of power in the Western Balkans.

Not only does this release CO2, contributing to climate change, but it also releases a host of other unhealthy chemicals and particulates that pollute the air and impact human health.

Air pollution has long been linked to premature deaths in the Western Balkans (a 2019 UNEP study found 5,000 premature deaths per year in just 19 cities in the region), and more recently to increased mortality from Covid-19.

While environmental activists and EU officials such as Green MEP Viola von Cramon continue to sound the alarm, Western Balkan governments seem reticent to commit to a clearly defined coal exit. The one exception is North Macedonia, which in June vowed to exit coal by 2027.

Currently, 74 per cent of all greenhouse gas emissions in the region come from the energy sector, according to an analysis by Climate Action Network Europe (CAN Europe), making it clear that a transition to cleaner energy is key if the Western Balkans are to both reduce the amount of pollution it emits, and hit its carbon neutrality targets.

The next phase for the region is the submission of its National Energy and Climate Plans (NECP) to the Energy Community, which is expected to happen this November. The NECPs will cover the period from 2021 to 2030.

“Progress is definitely uneven and ambition is lacking, but there are also steps taken in the right direction,” says Alexandru Mustață, a campaigner at pressure group Europe Beyond Coal.

In addition to the North Macedonian pledge, Serbia putting the Kolubara B coal power plant on ice was also welcomed by European environmental NGOs.

“Sadly, a coal phase out does not yet mean a decarbonisation of the energy sector. Positive measures are lacking – the incentives for renewables, energy efficiency and modern technologies are simply not there yet. Instead, political actors seem vulnerable to the false promises of the gas lobby in the region. So far, it does not seem that the main goal of the NECPs will be to achieve decarbonisation in a timely manner, nor that they will be coherent with other strategies,” Mustață warns.

In Serbia at least – if President Aleksandar Vučić’s statements are to be believed — a coal exit may be still be a long way off.

“Serbia won’t run from its coal capacities, from its thermo-capacities [sic] and it won’t give them up. That means you will have your jobs for the next ten, twenty, and thirty years,” Vučić said in August while commemorating Miner’s Day.

The myth of cheap coal

It’s a good illustration of what Viktor Berishaj from CAN Europe, an NGO fighting climate change, calls “the myth of coal”.

“Politicians have constantly used coal for their political campaigns, promising jobs and a steady economy, based on the myth that coal is cheap,” he tells Emerging Europe.

“This myth has been debunked time and again since coal is becoming ever more expensive to use. Coal power plants need a higher quality of coal to burn, while the region’s coal is of a poor quality, namely lignite.”

Additionally, Berishaj points out that the coal business heavily relies on public subsidies. According to the Energy Community Secretariat the region subsidised the coal sector to the tune of 150 million euros in 2018 and 2019.

Berishaj says that the introduction of carbon taxes would force coal-fired power plants to shut down.

“If a tax of just 20 euros per tonne of CO2 – today’s EU carbon price is around 55 euros per tonne – were to be introduced, the Serbian utility company would need pay 600 million euros,” he explains.

Even in Montenegro, which has significant hydropower capacity, coal is still an issue, especially in the region of Pljevlja where the livelihoods of a lot of people depend on the coal mine and the thermal power plant.

“Because of that and because of the economic conditions it finds itself in, Montenegro’s [energy] transformation won’t be as easy and fast as in EU countries. The transition cannot be done in a way that will lose jobs, but a way must be found to transform those jobs through the green economy, which would guarantee sustainability for future generations,” says Miodrag Karadžić from the Association of Young Ecologists of Nikšić.

“Until Bosnia and Herzegovina changes its strategy, policy, and laws that will gradually decrease the dependence on coal and increase the ratio of renewable sources, the energy transition will be slow, unjust, and damaging to the environment, the economy and society,” says Majda Ibraković from the Banja Luka-based Centre for Environment.

For Kosovo, any energy transition will be hard as over 90 per cent of its installed energy capacity is coal-based.

“The second challenge of the transition is price affordability. For a long time now, nominal energy prices in Kosovo are low due to a lack of investment, state-aid subsidies for coal, and the lack of a competitive market,” explains Dardan Abazi, head of research at the Institute for Development Policy in Prishtina.

“The newly introduced carbon tax, along with its modalities, is expected to be a challenge, especially for the business and manufacturing sector. These challenges make it imperative for Kosovo to quickly adopt a new energy strategy, promote and encourage social dialogue, and introduce clear policies that reform the energy system while using the opportunity to accelerate new jobs and new economic structures.”

Clearly, the road ahead for the Western Balkans’ energy transition will not be easy. But what would realistic expectations be?

“Having a concrete goal would be a starting point,” says Berishaj.

“If Western Balkans countries would legally commit to carbon neutrality by 2050, countries can find adequate pathways to actually achieve that.”

Things that could help the region include market integration and coupling – commitments stemming from the Energy Community Treaty – and which Berishaj explains could help share resources and lower the cost of energy supply.

According to Mustață, the proposed carbon border adjustment mechanism, which is meant to level the playing field between the EU and countries that don’t tax CO2 emissions, is another step in the right direction.

“We believe that the best way to set a path towards climate neutrality in the Western Balkans is by using these funds to support the decarbonisation of the energy system in these countries, as well as for the diversification of local economies which still rely on coal,” he says.

Ultimately, however, there is a limit to the EU’s involvement and the Western Balkans will simply have to take decarbonisation seriously.

“Climate action should be the priority of each country in order to become resilient to global warming. Bottom-up action, supported by local, regional and national governments remains key. Already existing instruments coming from the EU, such as the IPA [Instrument for Pre-Accession Assistance] funding, can be used for this purpose,” Mustață concludes.

Ukraine’s Crimea Platform: A small but welcome step in the right direction
Belarus can only use refugees as a weapon if Poland views them as such
Comment