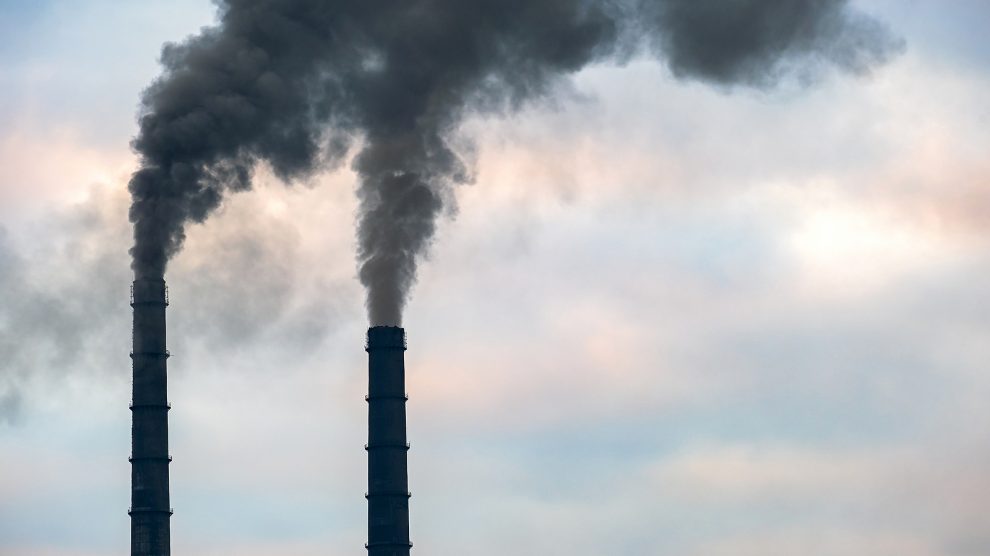 North Macedonia is currently the only country in the Western Balkans to have confirmed that it will exit coal.

A new report by the Centre for Research on Energy and Clean Air (CREA) and Bankwatch, a network of grassroots, environmental and human rights groups in Central and Eastern Europe has revealed that in 2019 the 18 coal-fired power plants located in the Western Balkans emitted twice as much sulphur dioxide (SO2) than the 221 power plants in the EU.

This is in stark contrast to 2015, when emissions of SO2 — an air pollutant that can cause respiratory issues and other health problems — from coal-powered electricity generation in the then EU28 were 20 per cent higher than those from Western Balkan countries.

The report, published this week, finds that some individual coal power plants in the Western Balkans emit more than entire countries in the EU.

When looking at emissions per GWh of electricity produced, Ugljevik, in Bosnia and Herzegovina, with 50 tonnes of SO2/GWh, is the biggest offender. In comparison, Bełchatów in Poland, the EU’s most polluting power plant, emitted just 1.1 tonnes of SO2/GWh.

While the EU has closed 30 coal plants since 2016, and is becoming compliant with the Industrial Emissions Directive and its requirements to reduce pollution, this has not been the case for the Western Balkans region where pollution control rules have been repeatedly breached.

Since 2018, 17 of the 18 coal power plants in the Western Balkans have been under legal obligation to implement the EU’s Large Combustion Plant Directive (LCPD). This should have resulted in significant immediate drops in SO2, NOx and dust pollution, followed by gradual reductions of these pollutants until the end of 2027.

This, says the report, is not happening, with progress towards compliance “slow and incomplete”.

“These findings demonstrate the urgent need for discontinuation of coal-fired electricity production in the Western Balkans as well as urgent improvements in pollution control for those plants during their remaining years of service,” says Davor Pehchevski, Balkan air pollution campaign coordinator at Bankwatch.

“Making coal an energy source of the past will be an enormous benefit to Western Balkans countries seeking to improve their populations’ health. It would also help in their aspirations for EU membership, and set a course for an all-inclusive transition away from all fossil fuels for the entire EU and Energy Community region in the
coming decades.”

The report concludes that “business as usual is not an option”.

“Public health is being seriously compromised by the massive pollution being pumped out by the Western Balkans coal plants. More than three years have passed since the Western Balkan countries’ power plants were obliged to comply with the Large Combustion Plants Directive. In the meantime, these coal power plants continue releasing high levels of SO2, NOx and dust, with very little action to either plan for the plants’ closures, or to at least fit functional desulphurisation equipment.”

CREA and Bankwatch are now calling on the European Commission Directorate-General for Energy to ensure stronger, effective and dissuasive enforcement tools for penalising breaches to the Energy Community Treaty, in particular non-compliance regarding LCPD.

North Macedonia’s government earlier this year became the first country in the region to announce that it would close its two coal plants by 2027, a date that is compatible with the UN Paris climate agreement.

North Macedonia signed up to the Powering Past Coal Alliance (PPCA) on June 30, a coalition of national and sub-national governments, businesses and organisations working to advance the transition from coal power generation to clean energy.

“North Macedonia’s decision to join the club of European countries getting out of coal by 2030 re-emphasises the fact that Paris climate agreement-aligned coal phaseouts are now the norm for European countries,” says Mahi Sideridou, managing director at Europe Beyond Coal, an NGO campaigning to end the use of coal across 28 European nations, including the Western Balkans and Turkey.

“The addition of North Macedonia to this group is particularly significant, as it is the first Western Balkans country to commit to quitting coal.”