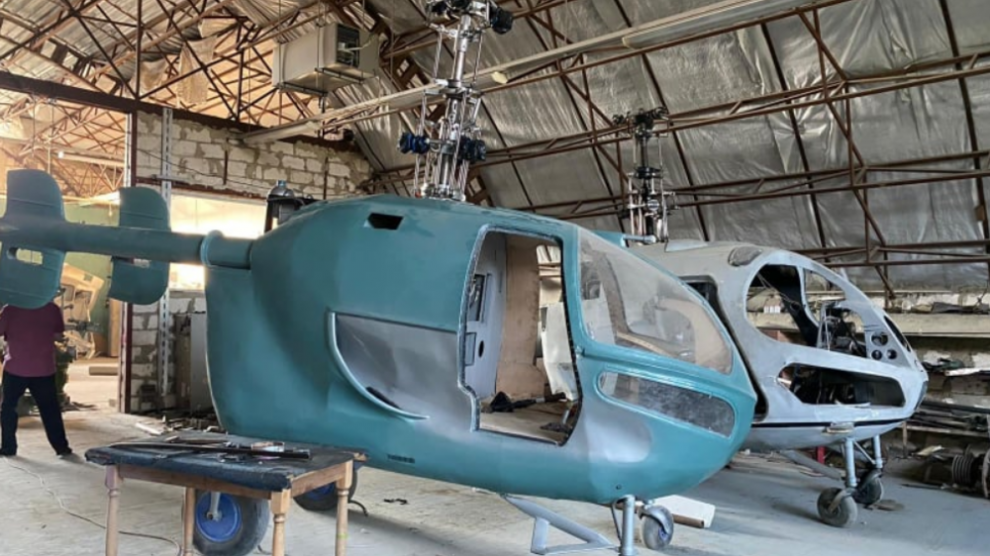 Fake handbags, fake watches and – increasingly – fake electronics are a common sight at flea markets across the world. The goods, often of dubious quality, are usually made in the Far East and sold for prices far below the real market value of the original products.

Criminals in Moldova however have recently taken counterfeiting to new levels of sophistication: last week, authorities in the country discovered a makeshift factory manufacturing fake helicopters.

According to the Moldovan General Prosecutor’s Office, 10 helicopters “in various states of assembly” were discovered in a well-camouflaged facility in the county of Criuleni, east of Moldova’s capital Chișinău and close to the border with the breakaway region of Transnistria.

The owners of the illegal assembly plant are reportedly from the Transnistria region. No arrests have yet been made, however.

The helicopters are similar in specification to the Kamov Ka-26, originally produced in the Soviet Union and most commonly used for spraying pesticide. Those produced at Criuleni were allegedly being assembled for shipment to clients in the Commonwealth of Independent States (CIS), a regional intergovernmental organisation comprising nine former Soviet states (Armenia, Azerbaijan, Belarus, Kazakhstan, Kyrgyzstan, Moldova, Russia, Tajikistan, and Uzbekistan).

It is not known how many helicopters (if any) have previously been made at the plant. No documentation relating to the provenance of the parts used to assemble them was found. There has been some speculation that many of the parts could be original, and that the helicopters were to all intents and purposes the genuine article, but being assembled for illegal export to a country (or rebel group) under embargo.

The Ka-26 – without its rotary blades, which can be fitted relatively easily by the end user – is small enough to fit in a standard shipping container.

What can almost certainly be ruled out is the possibility that the helicopters were destined for Transnistria itself: the region is a no-fly zone and any air traffic – even a small helicopter – would arouse suspicion.