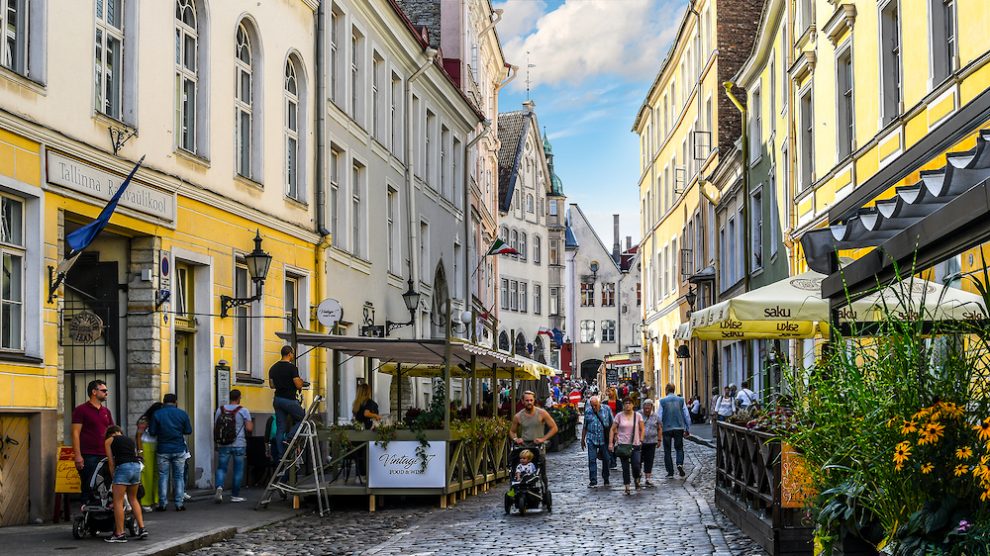 Estonia’s parental leave system has become one of the cornerstones of the country’s entrepreneurship and improved its demographics.

Estonia has long been considered to be one of the most digital-savvy countries in the world, holding the record of the most tech unicorns per capita.

The government’s initiatives such as e-Residency recognises the importance of start-ups in the global economy and encourages entrepreneurs to start new businesses by simplifying the processes. It therefore comes as no surprise that Estonia is ranked seventh in the Global Economic Freedom Index and fourth in Europe.

This drive to provide environments for entrepreneurs where they can thrive has led the Estonian government to introduce a sophisticated parental leave system.

It allows parents to stay at home with children for three years, of which the government supports with the average monthly salary the parent used to earn before the leave. This system was originally set up in 2004 to mostly benefit children so that they could grow up with plenty of love and care, but it has had a positive impact on entrepreneurship within the country.

In fact, the parental leave system has become one of the cornerstones of the country’s entrepreneurship. It is considered to be the world’s most flexible legislation, with an opportunity to split the leave time between both parents.

This has not only sparked a wave of businesses created during parental leave, but also increased the Estonian demographics – a recently conducted population census highlighted the increase in children born in Estonia by nine per cent compared to the previous decade.

The initiative was first introduced back in 2004 where the benefit only covered the first year, but even then it had a tremendous effect on the Estonian demographic, motivating a lot of couples to have their second child sooner.

With around 13,000-14,000 born each year in Estonia the government has since adjusted the initiative expanding to offer more flexibility for new parents, and today it benefits around 18,500 mothers and fathers a month – a number that can grow by 1,500 every month.

The system is somewhat different to many others as the government’s aim is to encourage fathers to take care of the child too and allow women to choose whether they’d like to stay at home or come back to in-office work. Flexibility like this allows for parents to balance out the scales and equally distribute the care they provide for their children.

“The Estonian parental leave system gives everyone with an entrepreneurial bug a much needed sense of security to develop their side projects or to launch their own company,” says Ülane Vilumets, head of business development at Estonia’s e-Residency programme.

“While having my three kids in between 2016 and 2020, I was a full-time entrepreneur actively expanding two travel companies across markets. Due to the parental leave system, I was not afraid of losing my income, but in fact ended up enjoying more time with family than someone rushing back to work ever could.”

The benefit (100 per cent of the parent’s previous earnings) is paid for year and a half, but the parents may use it flexibly until the child turns three. For those parents that didn’t have a job prior to having a child, the pay-out would equate to Estonian minimum wage (around 654 Euros), so the setup encourages residents to strive for higher salaries and better jobs before they have kids.

It also promotes gender equality as women are more motivated to get work experience before having their first child and they have the flexibility to return to work earlier if their partner wanted to spend more time with the child instead.

“The opportunity to switch the parental benefits between partners as often as every month if needed, working part-time whilst keeping the state benefits and allowing an additional 30-day leave for dads all contribute to more gender equality in entrepreneurship and improve female entrepreneurship rates,” adds Vilumets.

During 2020 and 2021, maternity and pregnancy discrimination were the fifth most common claims in the UK. Moreover, one in four (26 per cent) of expectant mothers don’t share their pregnancy news with their colleagues or managers for the fear of being discriminated against. This is something that the Estonian government set to tackle by introducing the law that states parents can’t be discriminated against since the government covers 100 per cent of their salaries during the maternity period and guarantees them the same level of job when they return from their leave.

The support doesn’t stop when the leave ends – when the parental benefit ends, the local governments are obliged to provide a day care or a kindergarten for the child older than one and half years. However, many parents have a flexibility to already work part-time from home without it affecting the benefits – only when the earnings exceed 1.5 times the average salary, the benefit might be decreased.

In the current age of entrepreneurship, Estonia is paving the way in supporting parents, especially self-starters and women.

At the time when a lot of families are worried about rising costs that would affect food bill and nursery fees, Estonia showcases how looking after parents can positively benefit the country’s GDP and birth rate, especially since the parents are in the age bracket of the demographic that brings the most value to the economy.

Combined with initiatives like Start-up Estonia, Work in Estonia and Trade with Estonia, it has allowed the country to grow its economy seven times greater in the past 31 years.

Estonia has fully embraced the belief “look after your employees and they will look after you” and hopefully in the process encouraging other countries to follow suit.