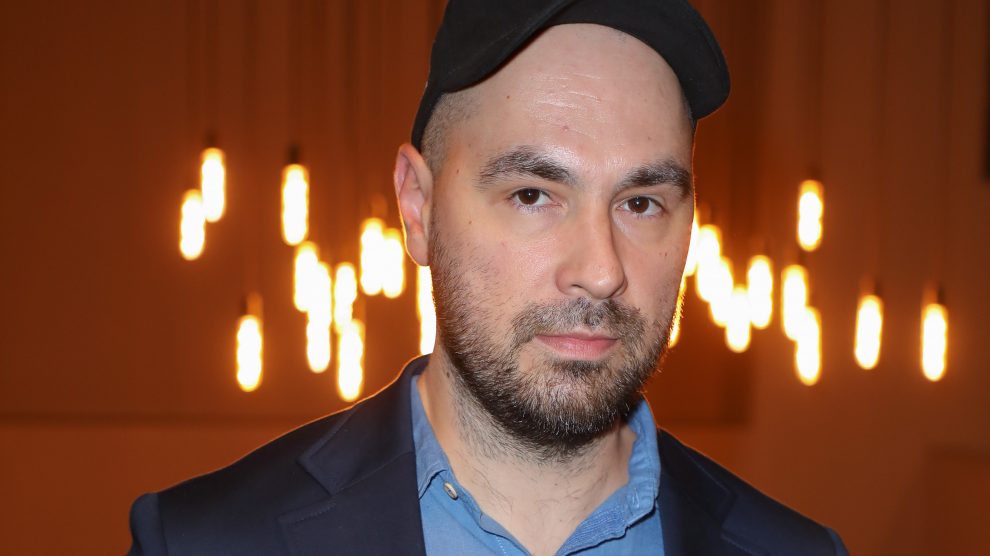 Polish writer Jakub Żulczyk could face up to three years in prison for calling the country’s president Andrzej Duda a “moron” in a Facebook post. But he is confident he won’t spend any time behind bars.

“I am not going to jail,” says Jakub Żulczyk as we meet for coffee and chips at a Warsaw restaurant. “Probably,” he adds, after a short dramatic pause, and smiles.

The furore revolves around a Facebook post made by Mr Żulczyk in November last year, in which he wrote that Polish President Andrzej Duda was “a moron”.

In March, Żulczyk was indicted on charges of “committing an act of public insult”.

“This is probably more about a struggle within the ruling coalition, with some people wanting to make Duda look foolish and petty. I will not name names,” he says. This is clearly a reference to enemies of Duda, most likely in the Justice Minister Zbigniew Ziobro wing of the country’s ruling coalition. “The prosecutor decided to prosecute my case when he didn’t have to. These people are very good at media manipulation.”

A well-known author in Poland, Żulczyk’s 2014 novel Blinded by the Lights was later made into a TV series for HBO Europe. He is working on another HBO series coming out later this year called Still There (Warszawianka in Polish), a wink at the work of compatriot, Jerzy Kosinski, whose novel Being There became a well-known film starring Peter Sellers.

The case at hand

Poland has nine different insult laws, including one that covers state symbols, and they all come with potential prison terms.

The ruling Law and Justice party (PiS) has been criticised over the laws, including one on offending religious feeling and another on insulting the flags of Poland or other countries, but as Żulczyk points out, “these laws were around long before PiS came to power”.

Following US media reports of a presidential victory for Biden on November 7, Duda tweeted: “Congratulations to Joe Biden for a successful presidential campaign. As we await the nomination by the Electoral College, Poland is determined to upkeep high-level and high-quality PL-US strategic partnership for an even stronger alliance.”

Referring to the tweet in a Facebook post, Żulczyk wrote that he had studied US politics with a keen interest – he graduated in journalism from the Jagiellonian University and took a master’s degree in American Studies – and that he had “never heard of such a thing as Electoral College nomination. Joe Biden is the 46th president of the USA. Andrzej Duda is a moron”.

The text used in the post was deemed “offensive” and “unacceptable”, prosecutors said.

“I didn’t do it for the fame,” says Żulczyk. “I am already pretty well-known.”

However, he does say that he wants his day in court.

“Duda has been very vulgar in his attacks on LGBT people for example. We are already a very intolerant country, with violence most often within families. When Duda called LGBT an ideology, that was very irresponsible and dangerous.”

In 2012, Robert Frycz, the editor of the website Antikomor.pl was convicted for insulting then President Bronislaw Komorowski. Frycz was found guilty under the insult laws and was sentenced to ten months of community service for publishing satirical material about Komorowski.

In 2006, Polish journalist Andrzej Marek served a three-month-long sentence for libel in relation to two articles that were published in 2001 which alleged that a Polish official had used blackmail as a means to get to his position.

A book for our times

“One of my earlier novels, The Institute, is being released in English, in June, by Legend Press. It’s a horror story, but it’s about being closed and trapped, so it kinda goes along with my case,” Żulczyk tells Emerging Europe.

The book starts in the first person, with a character known as Agnieszka announcing that ‘The Institute’ is her apartment.

“Twelve hours ago, I became a prisoner here. Nobody can go out. Nobody can come in,” she says. “The Institute is on the fifth floor, at the top of a pre-war tenement on one of the main thoroughfares of Kraków. […] But it seems to me that space doesn’t mean all that much when you’re locked in. A cell is always a cell.”

Żulczyk says the book, written 10 years ago, is about being trapped inside an apartment, with no phone or internet. “It has echoes of now,” he says. “I rewrote most of the book before it was translated into English, tightened up the language and changed the ending.”

Żulczyk says his writing is in part informed by the path Poland is taking under PiS.

“This country still has some way to go to become the place I would like to live in,” he says.

“What we needed after 1989 was a form of social-democracy. But what we got was a winner-takes-all society, with politics like a kind of revolving door for making money,” he says. “We now have people like Daniel Obajtek [the CEO of energy giant PKN Orlen, who’s vulgar language and alleged strong armed business approach were exposed in the Polish media earlier this year],” Żulczyk says.

“I despair for the opposition, though. We have never had a proper moderate left nor a proper liberal party, even during the Balcerowicz reforms of the early 1990s. The free market is a necessary thing, within some boundaries, regulations and frameworks, but the state – a transparent, open and democratic state – hasn’t been created.

“PO [Poland’s largest opposition party] has nothing to offer except its opposition to PiS, and the Polish left is entangled in internal conflicts, since the older generation of leftist politicians still cannot shake off their post-communist legacy and mindset, meanwhile the young left has become caught up in repeating Western slogans, part of an imported Culture War that has little or no context in Poland,” he says.

“What we really need in Poland, is a sense of community, mutual trust pleased in public institutions, transparency, justice, and fairness. We need a strong, healthy state because we are a fragile, young democracy in a very unfavourable geopolitical situations,” Żulczyk concludes, before being swept back into the Warsaw traffic.

Photo: Jakub Żulczyk, with the permission of EastNews, Warsaw.