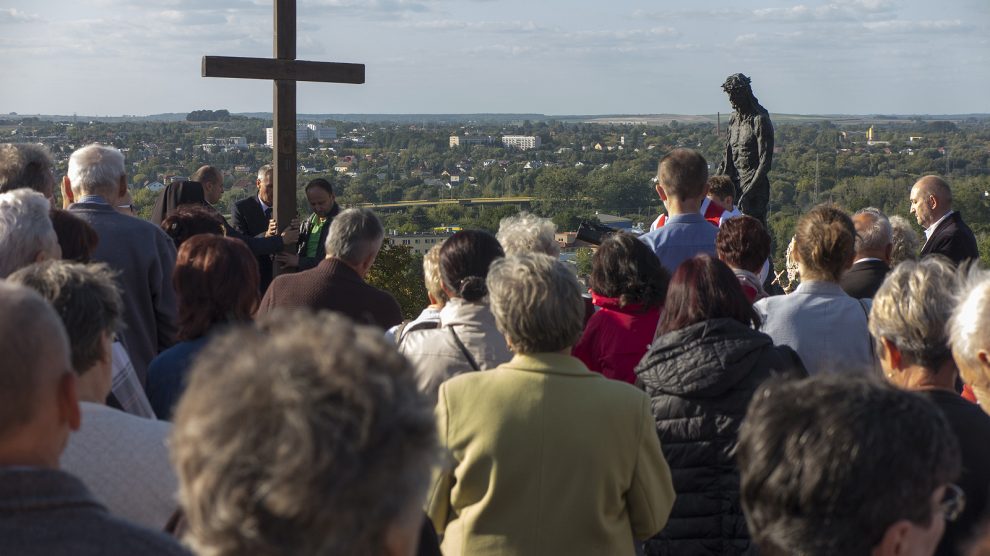 The influence of Ordo Iuris, a radical – sometimes described as fundamentalist – organisation in Poland, should alarm all of Europe, say rights campaigners. Ordo Iuris leaders, meanwhile, claim they are a civic educational team of lawyers upholding the law.

Friendly and open, Tymoteusz Zych doesn’t appear to be the sinister presence he and others at Poland’s Ordo Iuris Institute for Legal Culture, often portrayed as a fundamentalist, ultra-conservative and ultra-secretive organisation, are often painted.

The Polish representative on the Brussels-based European Economic and Social Committee (EESC), a consultative body of the European Union, Zych says first and foremost that Ordo Iuris is not a religious organisation.

“Therefore it’s hard to describe us as ‘fundamentalists’, since this notion refers generally to religious groups,” he tells Emerging Europe.

Ordo Iuris has links with the Catholic Church, Baptists, and the Russian Orthodox Church in Poland, Zych says.

“Poland is a predominantly Catholic country, but we have also offered legal aid to Muslims and have Jews as members. All who share our values are welcome,” he adds.

“Jews have contributed massively to our Polish history and traditions. We abhor fascism and anti-Semitism. There are good and bad nationalisms, one can see positive aspects in Polish nationalist tradition, though.”

It is said much of the policy agenda of the Law and Justice (PiS)-led government which has ruled Poland since 2015 has been based on its prescriptions aimed to push the limits of a moral agenda in the traditionally Catholic country.

Ordo Iuris uses litigation as well as education to promote its traditional stance on gender and sexuality.

But the language it uses seems reasonable, tethered from some of the more incendiary language used by PiS politicians. “We are about upholding the constitution, for freedom of speech, the rule of law and human rights,” Zych says.

Ordo Iuris is not connected with PiS, but “there are many like-minded individuals,” Zych adds. On January 29, the Polish government formally submitted Aleksander Stępkowski, a founder of Ordo Iuris, as one of Poland’s candidates for the European Court of Human Rights. Three of its members have held political positions in Poland, the most prominent of whom is Zych, who describes the EESC as a “conduit for civil society.”

Ordo Iuris was established in 2013, allegedly inspired by a transnational Catholic fundamentalist movement that started in Brazil, known as Tradition, Family and Property (TFP), a claim that Zych refutes.

Neil Datta, secretary of the European Parliamentary Forum for Sexual and Reproductive Rights (EPF) says TFP’s tactic is alliance building and capacity building of far-right extremist political parties. He explains that in Poland, TFP is very close to certain far-right groups and is extending its networks even further afield.

“It has a lot of different brands that it can offer: an anti-abortion one; a TFP one; a cultural one. It also has a very broad agenda covering socially conservative, anti-sexual reproductive health and rights and anti-LGBT agenda. It also has an anti-social welfare, pro-privatisation and anti-environmental economic agenda,” Datta says.

“Ordo Iuris is not ‘inspired’ by the TFP movement, neither it is part of it,” says Zych. “I don’t know of any such statement made by an Ordo Iuris member, nor any reference to TFP documents on our website. It is inspired by universally binding human rights covenants, as I told you.”

Allies reportedly include the US “Christian legal army”, which has advocated against abortion and same-sex unions.

“To be honest – I have never heard of Christian legal army,” Zych says.

Ordo Iuris was established by the Father Piotr Skarga Foundation, which provided it with initial funding of 50,000 Polish złoty (about 10,000 euros). Its finances reportedly include three million złoty in donations from anonymous sources.

“The funding of Ordo Iuris is no more opaque than that of Greenpeace or Amnesty International,” Zych says. “To make claims like that is simply not serious – the GDPR [personal data protection agency] does not allow any NGO to publish names of private donors without special written permission. Nevertheless, if you come to our Warsaw office, you can find hundreds of names of the individual donors that helped us renovate it,” he adds.

Zych says Ordo Iuris is an NGO, without public funding. “About 90% of our funding comes from private individuals,” he says. “We don’t like the word lobbying, we prefer to think of ourselves as about advocacy, research/information campaigns and a litigation organisation.”

Whatever one calls it, the organisation has been successful on its own terms, promoting, for example, a total ban on abortion in Poland.

Its proposal was submitted to parliament as a “popular initiative” after it collected 450,000 signatures. The Catholic Church supported it, along with PiS. In October last year a ruling by Poland’s Constitutional Tribunal found that a 1993 law allowing abortion in cases of severe and irreversible foetal abnormalities was unconstitutional.

The institute’s bioethics centre has submitted a proposal to grant foetuses independent rights to medical treatment. It is taking the European Parliament to the European Court of Justice (ECJ) over a resolution the parliament adopted on abortion in Poland.

It also reportedly encouraged pharmacists to cite “conscientious objection” rights in order to refuse the sale of contraceptives, a claim that Zych rejects.

“Simply not true – we never encouraged anyone to refuse to sell contraceptives. We just published informative materials on conscientious objection, referring in a very general manner to abortion and abortifacients.”

Poland’s parliament is currently preparing to debate a citizen’s initiative to leave the Istanbul Convention, a Council of Europe initiative that aims to prevent and combat violence against women and domestic violence. The words used are similar to a draft international family rights convention prepared by Ordo Iuris. The debate on the bill is termed, “Yes to the family, no to gender”, an initiative of Ordo Iuris and former MEP Marek Jurek of the Christian Social Congress.

“We are against the neo-Marxist ideology, not against LGBTQ people. In fact we have supporters who are gay but also believe in upholding family values,” says Zych.

“To the contrary, as I explained, the organisation stands for human rights, as expressed in the binding covenants. All we challenged was just a single non-binding political resolution on abortion adopted last year by MEPs.”

“In the political resolution on abortion in Poland, left-wing MEPs are spreading fake news, for example on [PiS leader] Jarosław Kaczyński inciting violence and Ordo Iuris being linked to LGBTQ-free zones in Polish towns,” he says.

“The EU was not set up to interfere in member states’ family law,” he says, adding that subsidiarity – the principle that a central authority should have a subsidiary function, performing only those tasks which cannot be performed at a more local level – is the key.

“What’s happening in Poland right now shouldn’t be seen as merely typical behaviour by the Polish state. This is not just ‘Poland being Poland’,” says Neil Datta. “These actions are illegal, inhumane and could infiltrate the rest of Europe – and this is just the beginning.”

Zych will have none of it.

“Datta is a radical activist – he is entitled to advocate for his views, but he will never be entitled to slander his political opponents and depict them as monsters,” Zych says.

“The provisions of the judgement go beyond the philosophical question of ‘right to choose’ versus ‘right to life’,” he wrote.

“By banning abortion for foetal anomaly, the Constitutional Tribunal is interfering in medical decisions that should be left to a woman and her loved ones, in consultation with her medical provider.

“What we are seeing in Poland is just the beginning. The beginning of the erosion of fundamental rights through pseudo-legal processes; first targeting women, then sexual minorities. Soon everybody will be concerned.”

“These quotations from Neil Datta do not refer to Ordo Iuris, but something distinct – he speaks about events, people and organisations that I have never heard of,” Zych says.