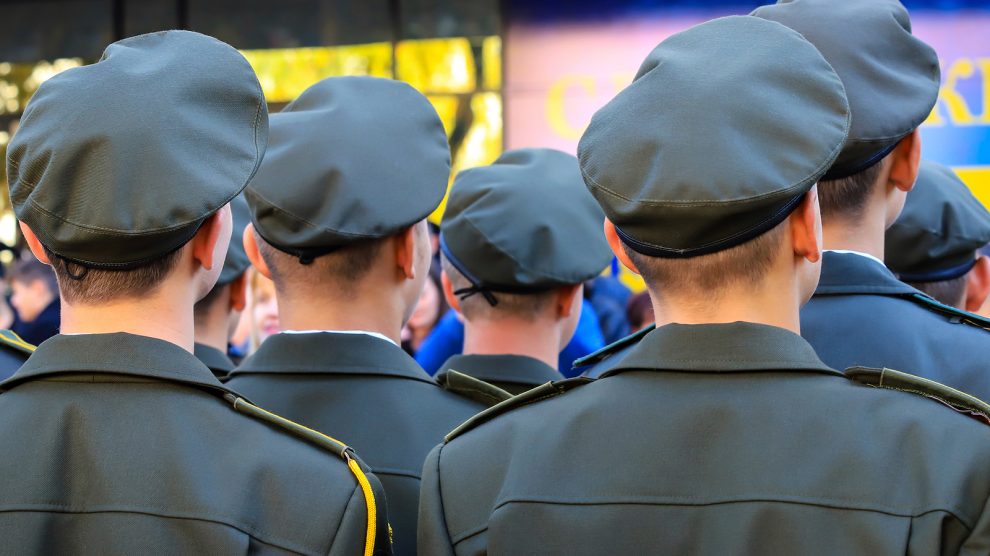 Several countries in emerging Europe, all in close proximity to Russia, maintain a system of mandatory military service for young men. They argue that conscription is the only way to protect their sovereignty from potential Russian aggression. But is this outdated and often inhumane practice doing more harm than good?

The otherwise progressive Baltic states of Estonia and Lithuania are two of several countries in emerging Europe that continue to force military conscription on their young men.

In Estonia, the main span of national service is eight months, but the overall process often lasts up to 11 months. Conscripts must complete their service between the ages of 18 and 27, while those who become naturalised citizens after turning 28 are assigned to the military reserve until they turn 61, according to the Estonian Defence Resources Agency.

In 2016, Lithuania became one of very few countries in the world to re-introduce conscription, citing security concerns, having initially scrapped it 2008. Service can last from nine months to a year and applies to all men between the ages of 18 and 26. University students and single fathers are excepted.

However, some activists argue that the emotional toll being placed on young adults who are forced to serve is not worth the supposed increase in state security.

When mandatory service was re-introduced in Lithuania, photographer Neringa Rekašiūtė and actor Beata Tiškevič-Hasanova launched the They Won the Lottery project, which includes the portraits of young men who will soon be joining the military and noted their thoughts about conscription and masculinity in general.

Some of the thoughts of these teenagers, soon to be forced into the army, are chilling.

“Can you lock a person’s choice in a birdcage and still insist that we live in freedom?” said Edvinas, who was 18 at the time.

“Working towards one’s goal and defending one’s viewpoint in life, these are manly [things]. Anyone can go to war, but not every person has an army within,” said 17-year-old Rokas.

Rekašiūtė points out that discussions surrounding gender and gender norms are inseparable from those about conscription.

“The men in the photographs are crying because on social networks and in the mass media in Lithuania, the common opinion is that you have to ‘man up’, not to be a ‘cry baby’, not act as a ‘coward’ and go to the army,” she says.

Rekašiūtė tells Emerging Europe that not much has changed in the nation’s attitudes about conscription since she began her project.

However, she also brings up the frequency of evading service. “There are not that many issues as usually there are enough volunteers in the army, so I guess people who really don’t want to go are able to avoid it,” she says.

This appears to be true in Estonia as well, where young men are estimated to be collectively paying the state nearly 200,000 euros each year in fees and fines related to penalties for not turning up when called to serve.

However, instead of acknowledging that there are legitimate reasons why so many men would prefer not to be in the army, the country’s Defence Resources Agency was keen on introducing a law in 2019, which was later scrapped, that would have led to the driving licenses of objectors being taken away as punishment.

Despite the growing numbers of young men who manage to avoid the army, both Baltic nations continue to stand firmly behind their decision to enforce national service.

“Estonia can be truly proud of the reserve army and conscription model of its defence forces, which ensure us a large, combat-ready and quickly assembling wartime army,” President Kersti Kaljulaid said at the Annual Baltic Conference on Defence, held in September 2020.

Not much appears to have changed in Estonia’s approach to national defence since the formation of a new, progressive government this year, which contains as many women as men. The programme of the new Centre-Reform government for 2021-2023 states:

“Estonian national defence is based on the steadfast will of Estonian citizens, the reserve army compiled on the basis of conscription, the Estonian Defence League, the development of independent defence capacities, and firm allied relations with NATO. We will continue to meet the national defence costs on a strategically determined level that constitutes at least two per cent of the GDP with additional costs and a defense investment programme for hosting allies in Estonia.”

According to Valdemaras Rupšys, commander of the Lithuanian Armed Forces, “Estonia was lucky not to waste time on temporarily abolishing compulsory military service or maintaining modest defence spending for years.”

Meanwhile, neighbouring Latvia, one of the most gender-equal societies in the world as well as the country with the lowest percentage of men as part of its population, remains the only post-Soviet state that has entirely done away with conscription.

According to the Latvian Defence Ministry, Estonia and Lithuania’s national service system makes little sense in the Baltic context, as empirical experience from both the Russia-Georgia war in 2008 and Russia’s aggression in Ukraine show that Moscow engages in swift and professional incursions that can only be opposed by a well-equipped and highly trained force, rather than a large number of low-skilled soldiers.

“In the current situation, the return to compulsory military service in Latvia will greatly serve Russia’s interests because the move would seriously weaken or even liquidate the professional army and the Home Guard, both of which will lose financing and will have to cease ongoing development projects,” argued a spokesperson for the Defence Ministry in 2017.

In Georgia service lasts for a year and in Ukraine – 18 months.

In 2017, the Georgian Ministry of Defence reinstated conscription only eight months after getting rid of it. The new system includes combat training for three months and then service as duty officers in support of the professional army for the remaining nine months.

Both nations have consistently expressed a desire to join NATO, but the organisation has largely ignored the presence of a large number of conscript troops. In the case of Georgia, every NATO training package received thus far has failed to mention the country’s conscripted army, with many pointing to the low-quality training that such soldiers receive. According to some accounts, there are soldiers who only actually shot a weapon three times during their long months of national service.

According to the 2020 UK Home Office Country Report on Ukraine, military service in the country involves no “acts which are contrary to the basic rules of human conduct”, however, the report does outline a number of concerning practices. These include the widespread hazing of new recruits, which is not investigated in the vast majority of cases, and a 2015 law that authorises military commanders to use physical force against “soldiers who commit criminal acts such as disobedience”.

Furthermore, evading military service remains a criminal offence punishable by up to three years in prison. However, the practice is so common that the most frequent consequences are a fine or a suspended sentence.

Ukrainian journalist, pacifist, and conscientious objector Ruslan Kotsaba faced a re-trial in January 2021 for evading service and publicly expressing his views on conscription. According to reports, when entering the court, Kotsaba was attacked by a far-right mob that sprayed him with a fire extinguisher and chanted slogans such as “Death to the enemies!” and “Ukraine above all!”

Of the other countries in emerging Europe which continue to force its young men to join the army, mandatory national service is perhaps the toughest in Armenia, Azerbaijan, and Belarus.

Armenia has the longest period of mandatory conscription, which usually lasts two years. Azerbaijan and Belarus both train conscripts for 18 months.

Similar to Ukraine, there are concerns over the conditions in which Armenian conscripts are forced to live throughout the two years of their military service. During the recent conflict with Azerbaijan over the disputed territory of Nagorno-Karabakh, Armenia even placed a ban on all young men leaving the country.

By the time the fighting came to an end in November, 4,005 Armenian servicemen had been killed, 9,094 wounded and more than 60 were captured. On the Azerbaijani side, 2,853 servicemen were killed, 50 are missing and 14 were captured.

There has so far been no official international investigation into the conditions of service for conscripts in Azerbaijan and Belarus. However, a series of “suspicious suicides” amongst young conscripts training in Belarus has raised concerns over the levels of hazing and authorised violence in the country’s military training facilities.

With evidence suggesting that conscription is not the most effective way to ensure a country’s security, the perceived popularity of the national service system is largely maintained through the perpetuation of toxic masculinity and gender norms.

“What upset me the most was that my parents did not support my decision to go to Romania, where conscription had already been ended. They took away my passport. They said going into the army would ‘make a man’ of me. All it did was steal a year of my life at the time I should have been enjoying it the most.”

This notion that army service “makes the man”, and that it can serve as a way of preserving traditional gender roles, is present all those emerging European countries that face no immediate threat to their sovereignty and which, such as Moldova and Romania, have done away with conscription.

It leads, from time to time, to calls for the reintroduction of the practice despite the lack of any real security risk.

In Romania, the leader of the Alliance for Romanian Unity, which won almost 10 per cent of the vote in last year’s parliamentary elections, has openly backed the return of compulsory military training.

It also brings into question the extent to which mandatory conscription is motivated by the supposed benefits to national security, or whether or not it is in fact merely camouflage for reactionary ideas about the role men are expected to play in society.