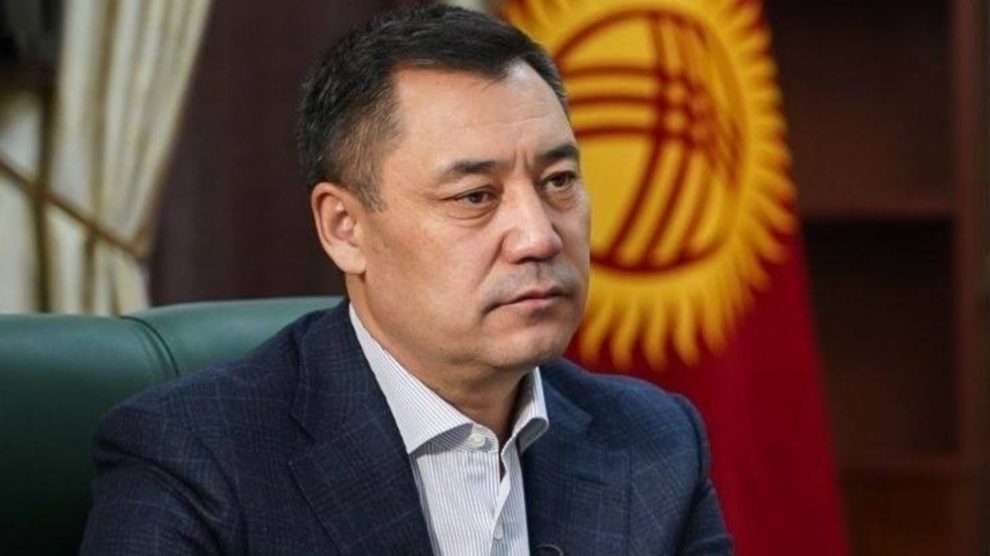 On January 28, Sadyr Japarov was sworn in as the sixth president of the Kyrgyz Republic. What can we expect from the controversial former MP?

Kyrgyzstan has a unique political history in Central Asia. It is the only country in the region to have witnessed multiple (relatively) peaceful transfers of power. It has over the past two decades developed a robust civil society and has multiple independent political parties. The population is politically conscious and capable of mass mobilisation.

And yet while this is a positive development for its democratic institutions, it has also made Kyrgyzstan relatively unstable: there have been three periods of major political unrest since 2005 which have led to changes in government.

This is in stark contrast to the other Central Asian countries. Tajikistan has had the same leader since independence from the Soviet Union. Kazakhstan’s former president Nursultan Nazarbayev led the country from independence until 2019, when he stepped down, replaced by a hand-picked successor, Kassym-Jomart Tokayev. Islam Karimov’s reign in Uzbekistan started in the Soviet era, and only ended with his death in 2016. In Turkmenistan, Gurbanguly Berdymukhammedov, has ruled virtually unopposed since 2007.

Ironically, its is both Kyrgyzstan’s relative political openness and accompanying instability that allowed Sadyr Japarov to take office earlier this year.

Japarov’s personal history is riddled with controversy: he has been jailed twice since 2012 and was in the middle of serving an 11 and a half year sentence for kidnapping when he was abruptly freed in protests that followed a parliamentary election in 2020. Branded as a “Kyrgyz Donald Trump” by his detractors, and accused of fomenting ethno-nationalist sentiments, Japarov has already made moves to solidify ties with Russia and strengthen executive powers. However, his populist platform make him fairly well-liked throughout the country.

Sadyr Japarov was born in 1968 in the Issyk-Kul region of eastern Kyrgyzstan. He first came to prominence following Kyrgyzstan’s 2005 Tulip Revolution in which the 15-year rule of Askar Akayev was ended after another disputed parliamentary election. Japarov supported the revolution, and in subsequent elections, was made a parliamentary deputy, representing his home district.

In the 2007 parliamentary elections, Japarov was on the ballot of the nationalist Ak Jol Party, which won the majority of seats. However, instead of continuing as a parliamentarian, Japarov instead became advisor to President Kurmanbek Bakiyev, who had been elected following the ousting of Akayev two years prior.

Kyrgyzstan descended into chaos in 2010. Protests began against the Bakiyev government in spring, with demonstrators accusing it of failing to deliver on its promises. Furthermore, rising utility prices and open corruption – much of it linked to Bakiyev and his family – made frustrations spill over. A bloody uprising ensued, after which Bakiyev resigned.

That summer, even uglier incidents occurred. Inter-ethnic violence broke out in the southern city of Osh – with Kyrgyz nationalists targeting ethnic Uzbeks, who make up 14.7 per cent of the country’s population. Contradictory figures have been presented for the death toll – the official figures claim 893 people were killed. Sadyr Japarov and some of his associates were present in Osh during the riots. While he claims he was attempting to calm the situation, detractors claim that he was involved in actively egging on Kyrgyz nationalists, chanting nationalist slogans and only providing help to ethnic Kyrgyz.

In 2012, Japarov endeared himself even more to the nationalist crowd by calling for the nationalisation of the country’s largest gold mine. He accused the Kumtor mine’s Canadian owners of mismanagement, corruption and violations of environmental regulations. This campaign led to Japarov’s first stint in prison. In the autumn of 2012, at a rally calling for the nationalisation of the Kumtor mine, some protesters began behaving increasingly violently. This lead to clashes with police and even attempts by protesters to storm the ‘White House’, Kyrgyzstan’s parliament.

In March, 2013, a Kyrgyz court found Japarov and his associates guilty of “forcible seizure of power” and handed out 18 month jail sentences. However, he was freed after serving less than three months. It didn’t take long for the dispute over the Kumtor mine to get Japarov into trouble again: during the summer of 2013, some protesters kidnapped Emilbek Kaptagayev, governor of the Issyk-Kul region, where the mine is located. Japarov was accused of complicity and subsequently went into exile.

In 2017, Japarov attempted to return to Kyrgyzstan and was promptly arrested for Kaptagayev’s kidnapping. This time, he was sentenced to 11 and a half years in prison. Japarov didn’t emerge from prison until the latest round of political unrest in Kyrgyzstan. The October 2020 revolution took place amid claims of voting irregularities from opposition parties. Protesters seized government buildings and freed “political prisoners” – including former president Atambayev as well as Japarov. On January 10, Japarov was elected president after a snap election in which he won 79.2 per cent of the vote.

Since being elected, Japarov and his party, known as Mekenchil, has presented a vaguely populist platform under the slogan Power to the people, thieves to prison. The political programme of the party has some social-democratic elements.  It promises the provision of affordable housing for state employees, an expansion of the social security system, and a 100 per cent increase in pensions.  Furthermore, the programme also includes a reduction of bank interest rates, support for the digitalisation of the country and the legalisation of dual citizenship.

However, the most controversial point of the party programme is the issue of constitutional reform. The programme promises to publish a draft of a revised constitution, to be put to referendum later in the year. A major point of the revised constitution is believed to be the granting of more extensive executive powers to the president. This is particularly controversial because since the 2005 revolution which ousted the autocratic Akayev, Kyrgyzstan, at least on paper, has maintained a mixed parliamentary-presidential system. While this led to a measure of political instability, many saw this as a step forward for the development of democratic institutions.

Other constitutional amendments include scrapping the post of the prime minister and replacing it with a toraga, who serves as head of government and head of the presidential administration. Another proposition is downsizing parliament from 120 seats to 90 (the Mekenchil party programme calls for 75). The plan is to make up for the shortfall in representation by forming a national kurultai, a traditional Turkic council of elites.

Many Kyrgyz are concerned about these proposed amendments.

Constitutional law expert Saniya Toktogaziyeva has pointed out that the constitutional reforms make impeachment of the president more difficult, and that they could compromise the independence of the judiciary. Furthermore, the secrecy around the drafting of the constitution has raised some alarm.

However, the government is relaxed about these criticisms.

“I know some people are outraged because we are supposedly not showing them the draft constitution,” says Bekbosun Borubashev, the chairman of the constitutional convention. “But we only have a draft so far so why show it?” He adds that, “As soon as we are finished, the document will be made public.”

The draft will be subject to a national referendum.

There is also cause for concern over Japarov’s involvement with nationalist groups – particularly for minority nationalities in Kyrgyzstan.

He has certainly made clear overtures to nationalists, like his decree to stop large-scale foreign mining in Kyrgyzstan, or the proposed elevation of traditional institutions like the kurultai to national prominence. This is on top of the allegations of gangsterism and corruption while he was working in Bakiyev’s administration.

Japarov also appears to be forging closer ties with Russia: his first official visit as president was to Moscow. This is nothing new: Kyrgyzstan remains the only Central Asian country to maintain Russian as an official language. The vast majority of the population is fluent in Russian, and ethnic Russians, Ukrainians and Belarusians make up 6.5 per cent of the population. These are particularly concentrated in the capital Bishkek.

Japarov has promised not to change the status of the Russian language – perhaps to alleviate some of the fears over his supposed penchant for nationalism.

If Japarov can at least partially deliver on the broad promises of his party’s programme – including making foreign companies more accountable, providing public housing, bolstering the welfare system and rooting out corruption – many will view the strengthening of his executive powers as a price worth paying.

After a chaotic few months, there are plenty of Kyrgyz who want a return to stability. However, there is an equal number who fear a return to outright autocracy.

Time will tell the true nature of the Japarov administration.

For now, the jury is out.