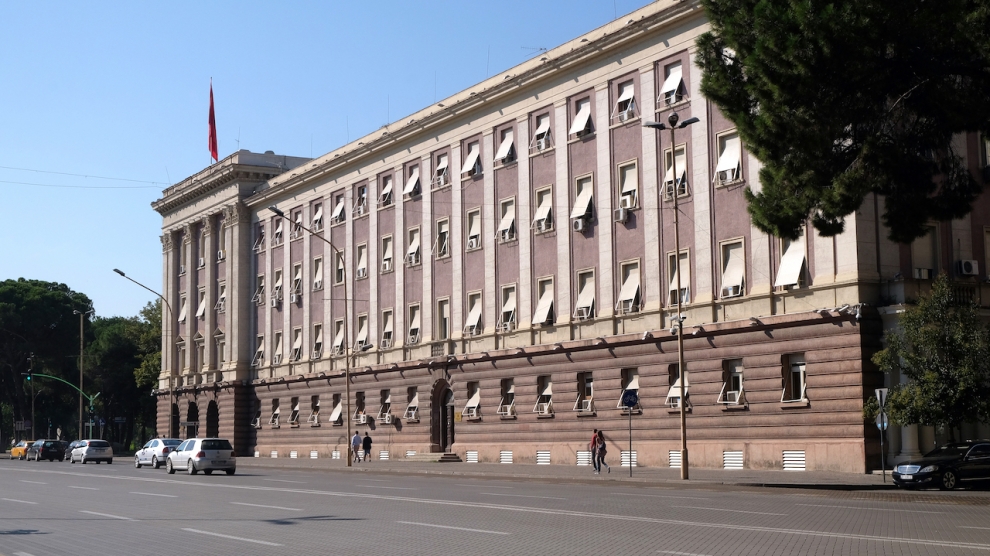 Parliamentary elections are a good time to evaluate the functioning of democracy in a country such as Albania.

Was this electoral process better than previous ones? Is Albanian society more democratic now than four years ago? Are parties more democratic in the way they operate internally? Is the next parliament of a better quality than the previous one and does it have the right capacities to lead Albania in the next four years? How will the winners and losers of the election reflect on its outcome? Will democracy in Albania continue to be a zero-sum game?

The first thing that needs to be pointed out is that the parliamentary elections of 2017 showed that Albanian democracy is still weak. It is still not based on a political culture that is built on values and competitive ideas.

Regardless of the fact that the election process was largely smooth, calm and lacking any major incidents, and despite the fact that the losers did not seek to make the process invalid by disputing the winner, there was little progress in the way the elections were held compared to previous ones, and specific issues, such as vote-buying and the use of public resources and administration during the campaign, remained a reality.

Vote-buying is a trend of the past decade and it is growing and becoming more sophisticated. Although there is no evidence, or at least not enough evidence so far, that vote-buying affected the outcome of the election, there is already evidence that a few lawmakers in the new parliament are there because they are wealthy and they used that wealth to either buy votes directly or they used their money to influence voters.

Experience shows that a political party’s programme does not matter much in Albania, and the candidate’s qualities even less so. What matters are the funds at one’s disposal. Due to an electoral system that does not allow individuals to run outside a political structure, a party name, party flag and some evocative quality of the candidate, is important.

We saw this clearly with the Social Democratic Party and the Party for Justice, Ingratiation and Unity (PJIU). In the case of PJIU it was blatant, as while the party’s founding mission is to help the Cham community, it still managed to get 18 per cent of the vote in the region of Dibra, where there is not a single Cham voter. A similar story was seen in Elbasan, where the party managed to get two seats in parliament because they have a strong and wealthy individual at the helm of the campaign.

These elections proved, once more, that party programs and candidate quality do not matter in Albania’s weak democracy. The campaign was clearly lacking a debate based on programs and the experience of the candidates. The exception to this was, to some extent, the main opposition Democratic Party, which pushed promises for improving the economy, and presented a clear economic plan.

In addition, these elections proved that Albanians don’t have a democratic society and the parties they produce are largely undemocratic organisations, with some verging on totalitarianism.

However, these elections also showed that Albanians cannot be easily manipulated by angry populist and nationalist calls. PJIU’s case also shows that despite an electoral system that does not favour small parties, the fact that the party’s chairman couldn’t even get a seat for himself in parliament, in Tirana, clearly shows that Albanians are not interested in responding to nationalist rhetoric. PJIU will have three lawmakers in parliament, but the way these lawmakers got there, from the Dibra and Elbasan countries are, in fact, a reason for keeping parties like this out of politics.

A low level of democracy and respect for democratic values was also demonstrated by the fact that even-though criminals and murderers will not be present in the new parliament, as they were in the previous one, the super wealthy, the tough guys and their children will still be present in parliament as lawmakers.

Last but not least, the most important question remains: Will these elections produce a more democratic and a better government for Albanians?

What will Socialist governance bring to the country during the next four years?

The entire campaign of Edi Rama focused only on one thing: give the Socialists an opportunity to govern alone during the next four years, so they would not be forced to divide power nor be impeded by smaller parties. Edi Rama spoke metaphorically about giving him the driver’s seat, so he could drive alone. Having the steering wheel in your hands is the right thing, so others don’t come to claim a piece of the pie or compete for the spoils of victory, which according to Rama is bad for the country.

Edi Rama told Albanians that only he could build a functional state in Albania. Apart from the money already spent on urban redevelopment, and often tied to mere aesthetics of facades, there are several issues that remain murky in the eyes of the Albanian public. Concessions that are paid for through the state budget, without improving public services is one of them. The industrial-scale cultivation of cannabis during his first mandate is another. Reforms in healthcare and education, despite starting with good intentions, are now essentially compromised. In addition, arrogance and authoritarianism have little in common with building a strong state in a democratic society.

Over the past four years, at least 200,000 Albanians left the country to live elsewhere, most of whom did so because they do not see any hope that things can change for the better in this country.

One of the puzzling things of these elections is the fact that both ruling parties, SP and SMI, were able to increase the number of seats in parliament compared to four years ago. Albania’s experience shows that being in power usually comes at a cost, lowering seats in parliament. A ruling party can and has won elections, but rarely do incumbents – not even in EU countries – perform better in successive elections.

In Germany, unemployment is minimal, the economy is roaring, and yet Angela Merkel can’t get enough votes to rule, without the help of her allies. The UK’s Theresa May won the snap elections, but lost seats and had to rely on a smaller ally to form a coalition. The former ruling French Socialists are disappearing from the political map, wiped away by newcomers.

As we know, Prime Minister Edi Rama’s track record on keeping promises is spotty. He also implemented some very painful and unpopular reforms. Thus shrinking support was expected. Instead support for his party grew. Something doesn’t seem right.

In addition, good democratic governance is not possible, in a country such as Albania, in the absence of strong political opposition. Questions remain as to how the opposition will perform in the next four years. The main opposition Democratic Party failed spectacularly in these elections and deep reflection about this loss is needed to return to competing based on the party’s founding values of freedom and democracy.

DP will be represented in parliament by a large group of young men and women with little previous political experience, and unfortunately some of them made it to parliament without proper competition based on the values of democracy and a transparent process. The list includes DP’s historic leader, Sali Berisha, who, although he officially resigned four year ago, never really fully gave up the leadership of the Democratic Party. Some deep consideration is also needed by the Democratic Party in order for it to have a chance to be part of governance in the future.

There are a number of important reforms ahead, starting with the implementation of justice reform, which will help Albania become a society that is fully based on the rule of law and will help grow the economy by creating certainty for investors. This and other reforms will require cooperation between the government and the opposition.

Albert Rakipi is Director of the Tirana-based Albanian Institute for International Studies.