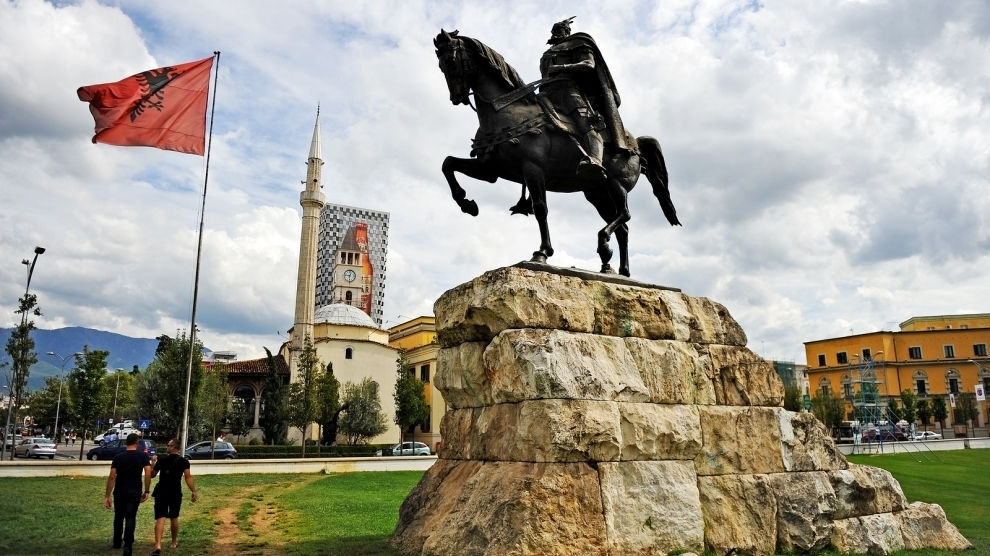 At a time when Albania was expected to make significant progress in its accession talks with the European Union, some member states are unwilling to support negotiations with Albania and North Macedonia. France in particular argued that the EU must deepen integration among existing members and reform its unwieldy decision-making processes before it contemplates adding new countries. Moreover, political corruption, organised crime, and inequality, coupled with domestic tensions caused by the major political parties in Albania, gave further credence to the EU’s decision to postpone accession negotiations until October of this year.

That said, distancing Balkan countries from the EU gives even more freedom to Russia and Turkey to assert themselves, as they have been working hard to strengthen their ties to the region. Both Recep Tayyip Erdogan and Vladimir Putin hope to prevent the Balkans’ integration with the EU by manipulating the largely corrupt political elites in these countries.

In May, the European Commission recommended that accession talks with Albania and North Macedonia begin as soon as possible, stating that the two countries have “delivered on reforms.” But after a meeting in Luxembourg in mid-June, a minority of EU member states declined to support the commission’s proposal to open accession talks.

NATO member Albania, which Transparency International rates as one of Europe’s most corrupt countries, has only made limited progress in combating corruption, including money laundering and bribes, despite firing crooked judges and prosecutors. European ministers met in Luxembourg last year and agreed to open talks, but in June the decision was unexpectedly postponed.

Tens of thousands of protesters, led by opposition leaders in Albania, marched against Prime Minister Edi Rama, throwing Molotov cocktails at the entrance to his office and calling for him to quit over alleged election fraud and corruption. Even though the protesters are in favour of EU accession, nevertheless many EU countries see this political tension as a sign that Albania is not yet ready to join.

The Ambassador of the Organisation for Security and Co-operation in Europe (OSCE) to Albania, Bernd Borchardt, condemned the protests, stating that “…we completely condemn those who try to use violence as a short political path; they will fail.” Protesters harassed him by holding demonstrations in front of his residence, writing “Borchardt shame on you” on the wall outside his apartment.

The leaders of the main political parties are accusing each other of corruption, while seeking the power to rule the country which is facing major problems. The Washington Post recently revealed that the leader of the opposition, Lulzim Basha, who called for the protests, and two other party officials have been accused of illegally spending about 650,000 US dollars, which is linked to Russia through a lobbyist and a foreign company.

Corruption in Albania is nothing new. Eight years ago, Ilir Meta, the current president, appeared in a video that was leaked to the media, discussing a bribe from a businessman to the tune of €700,000 with another former minister, Dritan Prifti. An earlier review of the video by British and American experts stated that the tape was authentic, but the court subsequently ruled the expert review as inadmissible.

According to Albania’s Foreign Minister Gent Cakaj, while the prospects of opening accession talks might be affected by the opposition’s behavior, this cannot and should not be considered a serious impediment. “…[it] is clear that the opposition’s behavior adversely affects the dynamics of the reforms (especially when it comes to judicial and electoral reform), in Albania as noted by the Commission Report itself; and negatively impacts the reputation of our country… It is clear that Albania must be assessed based on its evident progress rather than on the power-games of the opposition.”

Addressing Meta, who was elected president in 2017 with his support, Rama said that “Those who are trying to stop that process are wrong. They are playing with fire and they are burning themselves in front of the law.”

Even though the protests and allegations of corruption are not linked directly to the EU’s decision, they hurt the image of the country ahead of a decision by the European Union. The political tension in Albania is feeding those countries in the EU, who argue against Albania’s accession. Meanwhile, the US and the EU have warned the opposition against inciting violence.

Enton Abilekaj, a journalist from Albania, says that the international community supports the government, and that’s why the protesters are reacting. “[The international community’s] stances against the extreme acts of the opposition and in favor of partial election on June 30 are dividing the public opinion in another dispute about the role of western countries in Albania,” adding that “being stuck for this long waiting for European integration, is a failure of the Albanian government to fight the organised crime and corruption.”

The EU’s focus in Albania has been on making progress on judicial and anti-corruption reforms. According to Epidamn Zeqo, director of strategic planning and priorities at Tirana City Hall, the reasons why the accession criteria were set up by the EU in the first place are related directly to Albania’s challenges in fighting corruption and organised crime. Integration can be delayed in case political tension continues. Albanian leaders have the responsibility to convince the EU that they are ready to open talks and not miss this historic chance.

Turkey and Russia have been targeting the Balkans for the past several years (which they view as easy prey) in an effort to co-opt them into their spheres of influence. They promulgate their sinister political agenda by investing in major national projects strategically calculated to have the greatest economic and political impact on the financial market, and by using submissive politicians to do their bidding.

Whereas Putin does not hide his animosity toward the Western alliance and tries to undercut their interests anywhere he can, Erdogan wants to have it both ways. He wants to maintain Turkey’s membership of NATO and presumably still desires to join the EU. Yet, he seems willing to undermine the EU’s and NATO’s strategic interests in the Balkans by cosying up to Putin while entrenching Turkey in Serbia, only to serve Turkey’s interests.

France and the Netherlands are correct to suggest that the EU must first deepen integration among existing members, reform the cumbersome decision-making processes, and ensure that candidates such as Albania address their endemic corruption problems before it adds new members. It would be more prudent, though, to commence the accession talks while insisting that the Albanian government must, during the negotiating process, clean up its act in earnest as a prerequisite to continuing negotiations.

The Albanian government must understand that while it can have normal relations with Russia and Turkey, it should prevent them from dominating the country’s political discourse and financial sector. Albania’s future prosperity and security rest on accession to the EU. To that end, it must take all the necessary social and political measures to accelerate the process of integration, which is of significant strategic importance to the EU as well.

This article was co-written by Arbana Xharra.

The EU won’t, and shouldn’t, fix the Western Balkans
The fall of the Iron Curtain
Comment