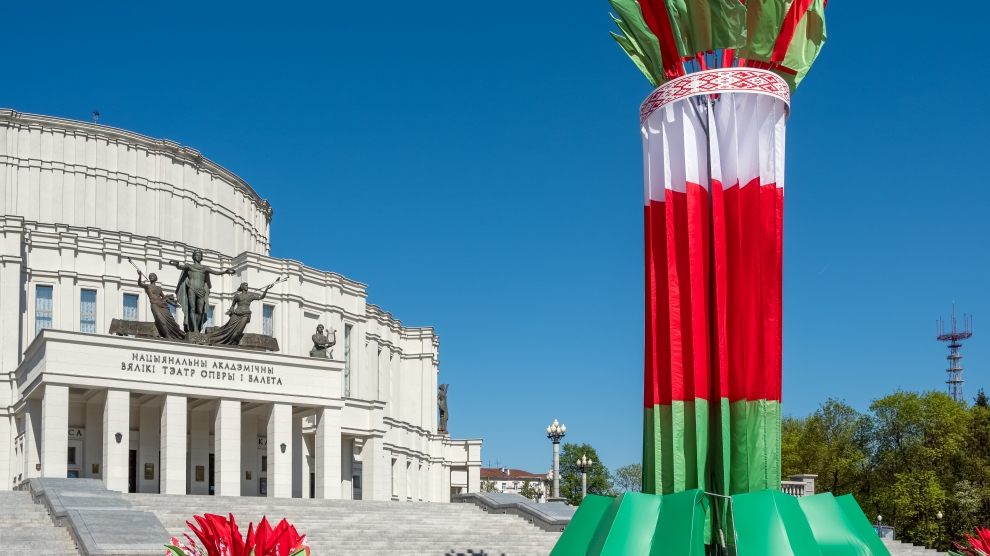 Even if the Moscow Bolshoi is the more famous, its sibling in Minsk is surely more magnificent and robust. The agenda for September is proof of that: seven operas and seven ballets, some on consecutive days. The skill and wit with which its staff swiftly moves the scenery and adapts the stage for the next performance has no pair but in Belarusian President Alexander Lukashenko’s capacity to orchestrate the “electoral” process in Belarus.

The full dramatisation, usually in three acts (candidatures, campaign, and announcement of the winner), disregards the voting procedure as an inconvenient albeit unavoidable intermezzo. This is followed by the usual after party where the opposition is prosecuted for all sorts of inventive violations of the law.

This time, as before, everything was going according to plan. The traditional opposition started to scream “boycott” from the moment the election was pre-announced, the residual nationalist movement (in the western sense of the word) cried “Russian puppets”, and nothing really seemed to disturb the required smoothness of this classic ballet besides some noise from the third balcony produced by the vlogger Sergei Tikhanovsky – who had travelled the country allowing people to express their grief live on his YouTube channel – and had, early on, announced he was running: not for power but with the single purpose of facing Lukashenko.

But as the election date of August 9 drew closer two unsuspected candidates to the highest post in the country announced their own intention to run: Valery Tsepkalo (a former Belarus ambassador to the US and founder of the country’s Hi-Tech Park) and Viktar Babariko (chairman of the Belarus branch of Gazprom bank). If Tsepkalo had somewhat fallen in disgrace, from the regime’s perspective, after his dismissal from the Belarus Silicon Valley, Babariko presented his resignation from the bank he had headed for 20 years the day before announcing he was running against Lukashenko. This trio of male soloists had no idea – nobody had – what was to follow.

In spite of these three pretenders Lukashenko’s mastery continued to show why he has been president for 26 years, “elected” with the elegant “support” of 80 per cent of his country. Tikhanovsky was detained in such a manner that he would not be able to register his initiative group (candidates need 100,000 signatures of support to be collected by an initiative group) and therefore unable to formalise his candidature. Babariko was detained on accusations of corruption. Finally, Tsepkalo was denied registration as candidate due to insufficient signatures after the exquisite and scrutinous eye of the Central Electoral Commission invalidated more than half of the 160,000 signatures his team had collected. These were nothing more than mere adjustments that a skilled conductor as Alexander Grigoryevich executed with the required smoothness and within tempo and compass.

Except this time, maybe he didn’t.

Maybe as a consequence of overconfidence or simply of not realising that the audience has developed more acute hearing capabilities, these adjustments sounded as if Siegfried just failed to grab Princess Odette and she smashed her face on the stage. The conductor Lukashenko rushed on to the stage to explain that a woman cannot have the main role in a country where the constitution is not adapted for a fragile feminine soul..

But how poorly he read the disapproval of the audience.

Unable to register the initiative group of her husband, Svetlana Tikhanovskaya – Sergei’s wife – took the decision to write her own name on the form. This turned out to be a good choice as her initiative group has been the most productive. The average number of signatures collected by each member in the initiative group of the “unexperienced housewife” is 10 times higher than Babariko’s, two and half times higher than Tsepkalo or even Lukashenko. The arrest of the banker, and consequent non-registration due to inconsistencies in the required wealth declaration, and non-registration of Tsepkalo left the two most professional campaigns without a front runner. It did not take long for Babariko’s campaign manager, Maria Kalesnikava, and Veronica Tsepkala, Valery’s wife, to join forces with Tikhanovskaya. This allowed for the creation of a unique polyphonic choir: Tikhanovsky’s popularity, Babariko’s goal-oriented view, and Tsepkalo’s inside knowledge of the system.

The audience was finally presented with an alternative to an exhausted number that kept on repeating a self-attainable prophecy. Lukashenko started to show signs of nervousness when he started to have people detained even before the campaign started. Although this seemed to initially have had a slowdown effect on anti-Lukashenko protests, the truth is that the beginning of the campaign brought thousands of people over to the now well-oiled machine of Svetlana Tikhanovskaya. On July 30 the joint opposition campaign held a rally in Minsk that, according to the civic organisation Viasna, gathered together 63,000 people in one of the remote locations the public administration allows mass electoral events to be held. This number was achieved despite the government announcing the “threat” posed by the presence of more than 150 “foreign mercenaries” anonymously roaming in the country with the purpose of perpetrating terrorist attacks.

For the first time in the history of independent Belarus it seems that Lukashenko has lost track of the electoral dance. It is not sure whether of even if Lukashenko will be chased out of his job of president of Belarus anytime soon. But having to place a bet on a possible outcome for the situation now brewing in the country, it is almost safe to say that Lukashenko will not see out the end of the year as president. He may not even make it beyond mid-August.

Just as Robert Zimmerman would say: Come gather round people wherever you roam and admit that the waters around you have grown.

Mário Lobo is an undergraduate student of political philosophy with a cunning interest in the post-Soviet space.

Why investing in emerging Europe-based companies is a good bet
Who is paying for this economic crisis? The EU’s new budget
Comment