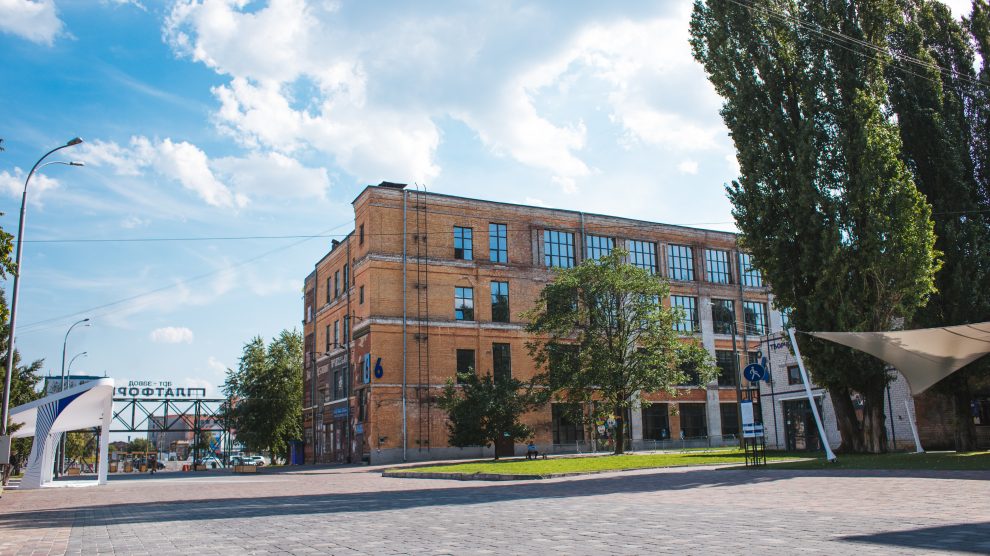 Public areas are places in a city where people can safely rest outside with their friends or families. There are few such spots in Ukraine, so citizens hang out indoors – often in crowded spaces with no fresh air. This is a problem.

How did you and your parents use to spend your free time when you were a child?

No doubt you spent every free moment playing with your friends in the park, while your parents likely never passed up the opportunity for a barbeque.

But what about now: do you spend as much time outside as you used to?

According to some statistics, worldwide people spend 87 per cent of their time indoors and six per cent in their cars. That leaves us to just seven per cent of our time to spend outdoors – around two minutes per day. Kids, in turn, spend on average of just four-seven minutes outside.

One of the main reasons for this is the digitalisation of our lives. But there is another, which is a major issue in big cities – a lack of accessible public areas.

With big cities becoming metropolises, it is increasingly difficult for people to find a safe and comfortable open-air place to rest with friends and family. That’s why they spend their free time indoors, in shopping malls and food courts – hence the lack of time spent outside.

What’s more, our requirements for public areas have changed. It is difficult to interest citizens in simple parks – they want a place to interact with people, to participate in activities and to feel like a part of a community.

The design of a modern public area must be adapted to suit these requirements.

A public area should encourage human interaction and the creation of social relations. A well-designed and functional public area can meet the needs of relaxation, shelter, movement and activity while being a safe and beautiful area.

In winter these demands can be met with ice rinks or winter fairs. In summer, perfect public areas will have swimming pools, music and street food. However, summer is the season when people want to spend more time outdoors, so the need for public areas increases.

Ukraine tends to have warm and sunny summers, so up-to-date public areas are in high demand: something that investors appear to have recognised.

In 2014 we launched the Art-zavod Platforma in Kyiv, a huge creative cluster which hosts exhibitions, concerts, parties and festivals. It welcomes up to 50,000 people a day.

It is home to one of the most spectacular summer events in Kyiv – the White Nights Festival, a music festival with thematical costumes and decorations (the festival themes are different each year), street food, open bars, lounge zones and art installations. Each night around 7,000 guests visit.

The project was an experiment, but it has paid off. We wanted an unused Soviet-era factory to be a place that benefited people, and that’s precisely what we achieved.

My team and I were among the first in Ukraine to take on this kind of project, so it was somewhat risky.

However, it has exceeded our expectations – now it is a calling card for Ukraine. Art-zavod Platforma currently operates for four months each year – from May till August – but we plan to make it accessible any time of the year.

Ofer Kerzner is an Israeli businessman, philanthropist and the honorary consul of Ukraine in Jerusalem