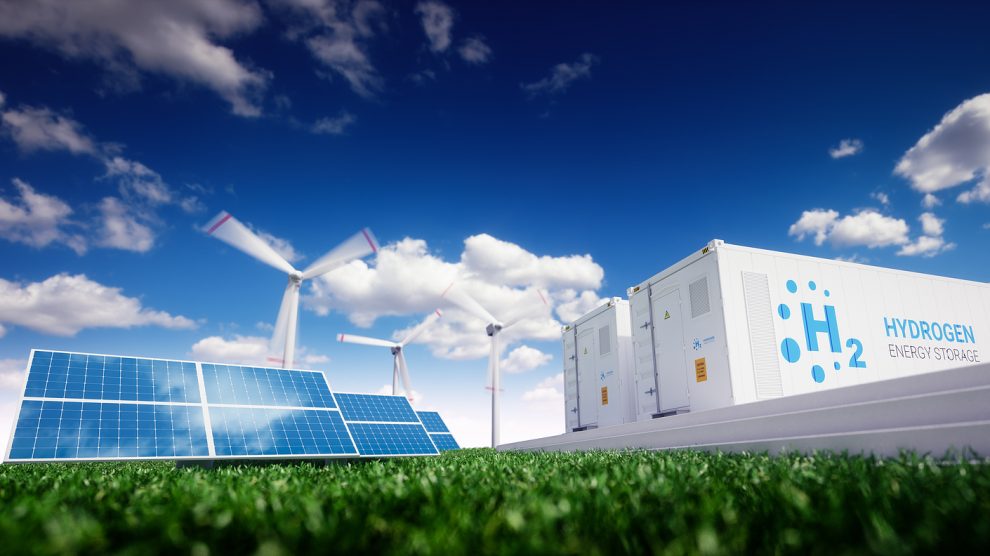 Oleg Krot, an investor and managing partner at TECHIIA, looks at some of the opportunities presented by the fight against climate change, investing in hydrogen, and Ukraine’s Green Deal.

People are divided into two categories. Some of them believe in global warming, others don’t.

But the climate dissidents have only two arguments: first, the Earth’s climate is constantly changing, and secondly, observation of these changes has only been carried out for a few centuries, which makes any conclusions about the existence of global warming irrelevant.

Proponents of the global warming idea​​ rely on temperature change data over the past 140 years, and if we take a look at the average temperature on Earth in April, the numbers are relentless: since 1880, this figure has increased by 1.1°C.

But what does this mean for humanity, and what does it mean for investors?

The current temperature rise is the result of increasing atmospheric carbon dioxide levels due to human activity. It may only a little over one degree, but the consequences are enormous: fires, droughts, hurricanes, storms, floods, tsunamis.

The Stockholm Environment Institute estimates that by 2100, the damage from climate change-related disasters will reach 1.9 trillion US dollars per year. These statistics brings us very close to answering the second question.

A transition towards a climate-neutral economy

We live on the verge of a global ecological disaster. A huge number of different programmes to save the planet have already been introduced. One of them is limiting carbon dioxide emissions into the atmosphere.

The European Union and the United States plan to achieve carbon neutrality by 2050, and China by 2060. These initiatives apply to all producers, be they industrialists or farmers.

The concept of the European Green Deal has also been picked up by Ukraine. Our Ministry of Energy has also created a programme for a climate-neutral economy transition by 2050. Within its framework, there are plans to make extensive use of electric transport, make industry energy-efficient, introduce alternative energy sources, reduce waste, and switch to the use of “green” hydrogen as fuel.

In front of our own eyes, the “green” agenda is turning into a global trend. A consensus has already formed at the level of governments in the most developed countries on measures to prevent further climate change.

But note that this plan’s first phase is limited to a period of 30-40 years. This means that the global market has formed a new segment, investments which will bring not only benefits to others but also tangible profits those ones directly involved.

Green investing can be divided into two broad groups. The first is investing in green technologies, be it wind power generation, or creating energy-saving apps for homes and businesses. The second group is investments in financial instruments for energy markets of different countries. Let’s start with them.

In 1997, the Kyoto Protocol was adopted, the most important international document regulating to climate change policies. The protocol was ratified by 192 countries, including Ukraine, which joined the treaty in 2004.

According to the Kyoto Protocol, each member state receives greenhouse gas (GHG) emission quotas. If the quotas are not fully used up, the balances can be sold to other participants in the GHG market, or to private traders.

The most popular option for quotas is that of carbon credits. Today, they can be purchased on the European Energy Exchange in Leipzig, and on the PowerNext service integrated into it, the Munich Stock Exchange, and the Bratislava Commodity Exchange.

In addition to the spot market for emission permits, there is also a market for derivative financial instruments – “green” futures and options, which allow traders to make money on contracts even without owing them. These instruments are traded today on the Nasdaq European Commodities platform.

This year, the carbon market is undergoing big changes. In February, China launched a nationwide emissions trading scheme (the largest in the world). So far, at the first stage of its implementation, quotas are valid for 2,200 power plants in the country. These limits amount to 4.3 billion tonnes of CO2, already twice the size of the European emission market. But the Chinese GHG emission quota market is set to grow even bigger.

It is also worth noting the launch of the domestic emissions trading system in the UK and preparations for the renewal of carbon dioxide quotas in the EU. As a result, the global carbon market reached record levels: the total cost of carbon permits by the end of 2020 was 229 billion euros and is projected to rise to a possible 800 billion euros in five years.

The carbon market is stable, setting capitalisation records for a fourth year in a row. There are several reasons for this. Firstly, with each passing year, contracts are becoming more expensive, which is logical, given the general desire to bring emission levels to zero. Secondly, contracts have long been trading objects. The more often these permits change owners, the higher their price.

And here’s how the value of carbon contracts has risen in recent years. Due to the growing investors’ climate ambitions and the gradual entry into force of restrictive measures by regulators in 2018, the price of a ton of carbon dioxide jumped from seven to 25 euros. Regulatory pressure and investor appetites are growing, and in March 2021 the price of a ton of emissions exceeded 40 euros.

In the near future, European regulators will further reduce quotas for large industrial enterprises (in the cement, steel, and chemical industries). As an alternative, they can switch to green hydrogen.

So, by lobbying for the use of green hydrogen, the EU wants to introduce new pricing rules. This will level out the price of green, gray, and blue hydrogen. As industrial giants switch to sustainable hydrogen, the price of carbon dioxide is projected to jump to 90 euros per tonne.

Therefore, only cryptocurrency investing can be more profitable than carbon contracts today. But unlike a regulated and predictable carbon market, the cryptocurrency market remains a high-risk sector.

How else to make money on green investments

If GHG trading does not appeal, take a look at the more traditional economic sectors: eco-material production, investments in agriculture carbon emissions solutions, the production of solar, wind, and other alternative forms of energy. Or hydrogen.

According to the European Commission, hydrogen energy will grow rapidly all over the world, and by 2050 24 per cent of all energy will be produced from green hydrogen, and the capitalisation of the hydrogen sector will reach 630 billion euros.

Another promising area for green investing is green construction in emerging markets. By 2030, 24.7 trillion euros will be invested in this sector.

Today it is no longer possible to ignore the green agenda without reputational and financial losses, therefore the most progressive companies incorporate climate risks into their growth strategies. Those who don’t face losses.

Environmental risks need to be kept in mind regardless of which investing area you choose. Before investing, learn more about the “green component” of the selected project.

Oleg Krot is a founder and managing partner at TECHIIA.