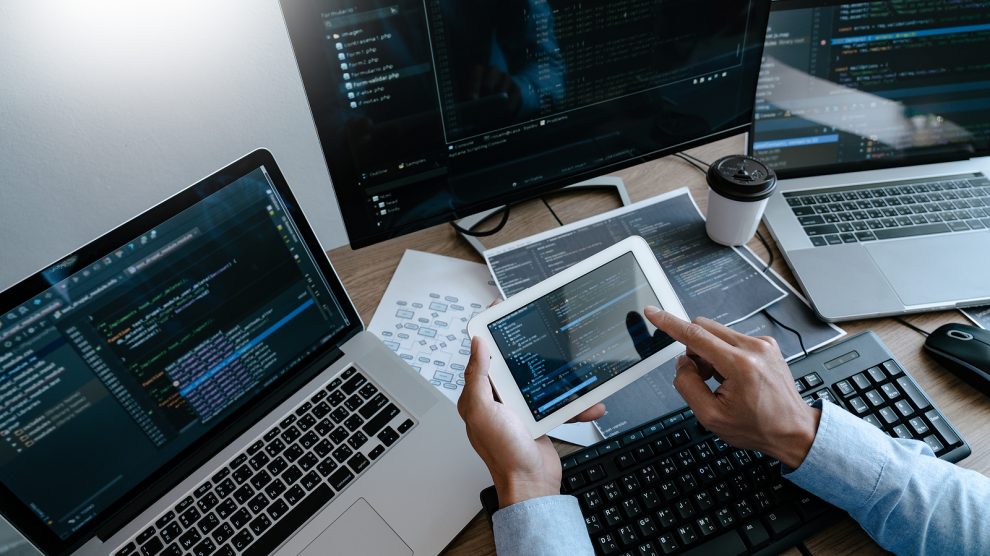 Executives and investors from across the world are highlighting the potential of the IT sector across emerging Europe. At the launch of Emerging Europe’s IT Landscape Report: The Future of IT in Emerging Europe, they offered insight into how that potential can be nurtured and developed.

Few sectors in emerging Europe can match the growth of IT over the past two decades, and as the region sheds its image as a purely outsourcing destination and moves further up the value chain, becoming a hub of innovation and development, there is vast potential for even faster growth.

Leading the way is Poland, which tops the IT Competitiveness Index, that forms part of the IT Landscape Report: The Future of IT in Emerging Europe, published on February 25 by Emerging Europe.

“The IT industry is a natural candidate for rapid growth,” says Piotr Wizalik, managing partner at Unity Group, one of the speakers at the launch of the report. “When Poland joined the EU it gained the ability to deliver services remotely. This created a great environment for local entrepreneurs.”

In another of emerging Europe’s EU members, Bulgaria, Stephen Burke, chief commercial officer at software company Sciant, found talent in abundance: something highlighted by almost all investors in the region.

Entrepreneurs who are now moving from services supply to innovation,

“I was struck by the work ethic, and actually the cultural match,” he says. “They had a strong work ethic and a focus on quality deliverables, and that really went a long way for me.”

Paul Juszkiewicz, head of business development at GPW Tech, is in agreement.

“The most important resource in emerging Europe are its people. Graduates from mathematics and physics are very well-geared for the tech and gaming industries and luckily we have a huge talent pool within both Poland and wider emerging Europe which we can capitalise on,” he says.

While the IT industry has been one of the fastest growing sectors emerging Europe economy, there is still room for further growth provided the remaining obstacles are overcome.

“The main thing which is blocking us from even further growth is help from universities and from governments,” says Valery Krasovsky, CEO and co-founder of Ukraine’s Sigma Software Group, who says that is firm is doing its part by “building a lot of cooperation between universities and IT companies”.

Kerry Hallard, CEO of the Global Sourcing Association believes that IT companies in emerging Europe can develop further by focusing on soft skills.

However, the CEO and founder of Romanian software development company Arobs Transilvania, Voicu Oprean, believes that companies in the region are already diversifying their skillsets.

“We are not providing just things… it’s more we put ourselves in the customer’s shoes and develop solutions and value for them. That’s what we can bring to the table,” Oprean says.

Among those who participated in the reports launch was the vice president of market development at the Egyptian IT Industry Development Agency, Amani Rabei.

While located outside emerging Europe, she believes that Egypt’s advantageous geographical position, at the crossroads of three continents, gives the country an opportunity to complement the region’s IT industry. This, in her view, is reinforced by Egypt’s “abundance of talent”.

“The scale is what differentiates us. We have more than 60,000 graduates within the IT sector annually,” Rabei says. She also believes that the working population’s linguistic skills can be a boon for the IT industry, as it has been for Egypt’s highly-developed tourism sector.

Stepping up to the Covid-19 challenge

With the report being launched during a global pandemic, it was natural that Covid-19 would be a key part of the discussion, given that its impact on IT has been huge. There was broad agreement however that the industry has responded well to the challenges posed by the pandemic.

“The response of the global technology and business services industry was phenomenal. The partnerships, the collaborations delivered so well, trust grew and the industry grew,” says Kerry Hallard.

The pandemic also drove demand for IT-oriented solutions, with an unprecedented numbers of services forced to migrate online. This opened the door for across-the-board innovation in multiple different sectors.

“The pandemic was a serious amplifier, both for top government institutions and local businesses in the region. The government and municipalities are apparently catching up with digital infrastructure services and even in Bulgaria there have been some quick gains especially in healthcare processes and remote learning,” says Plamen Tsekov, chairman of Scale Focus.

Despite the challenges of the pandemic, the IT industry throughout emerging Europe has managed to step up and ease the burden.

In much of the region, the industry has emerged from the pandemic stronger than ever. Because of this, there is a huge amount of optimism about the future of IT in emerging Europe.

“The potential of this region is great,” says Robert Wright, CEO of Raiffeisen Bank in Kosovo. “It’s a question of maximising it and selling it harder to the outside world where the perceptions of this region are perhaps more negative than they should be.”

The IT Landscape: The Future of IT in Emerging Europe can be downloaded for free here.

The full discussion from the launch event can be viewed here.