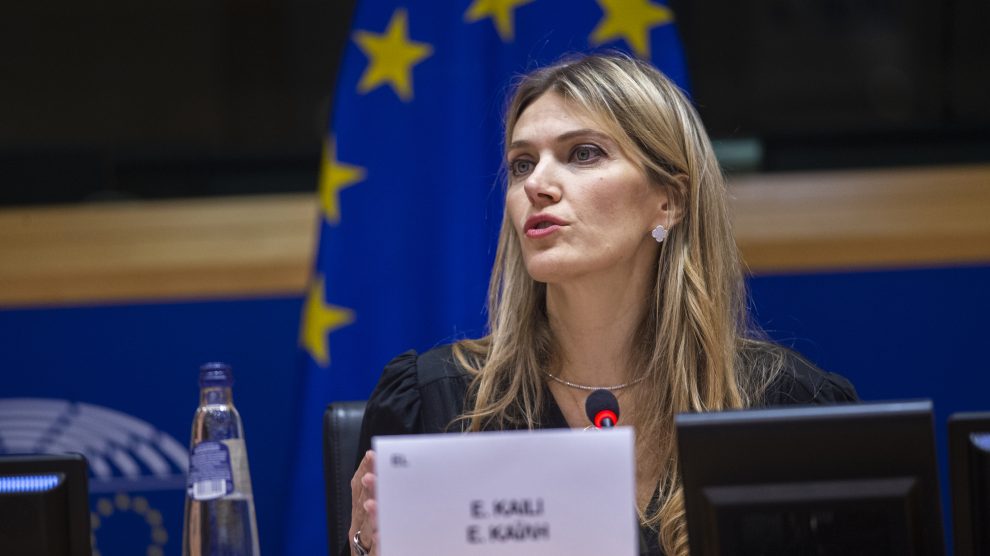 The arrest of MEP Eva Kaili over Qatar-linked bribery charges goes to show that kickbacks and shakedowns are just as brazenly entertained in Brussels as elsewhere in Europe.

Ever since the EU enlargement in mid-2004, a palpable ‘them and us’ culture has reigned supreme between the bloc’s founders and its newcomers to the East.

Needless to say, the latter are othered to this very day as a result of historical injustices beyond their control. Transitioning from Leninism to free market economies in such a short span of time has given rise to unimaginable wealth disparity across emerging Europe.

Their societies are characterised by a coterie of overprivileged magnates in cahoots with the government while the rest of the population contends with mediocre living standards and stifled earning potential.

The inability to land well-paid jobs and work one’s way up on merit is precisely why there has been such an acute brain drain from ex-Soviet republics and satellites alike. The main downside of this phenomenon is the extent to which Western legacy nations have been psychologically empowered by the influx of emerging Europe’s best and brightest.

Not only do these migratory trends lay claim to the superiority complex France, Germany and the Benelux boast over their worse off Eastern neighbours, but they lend credence to how pervasive graft and nepotism remains throughout the ex-Warsaw Pact space. This stigma continues to plague the union’s most recent members and be used as a pretext to move the goalpost for candidate countries.

In a timely twist of fate, we now learn that the EU’s buttoned-up bureaucrats are not as squeaky clean as they make themselves out to be. Greek MEP Eva Kaili, also a European Parliament vice-president, was caught red-handed by Belgian authorities with bags of cash stashed away in her house, as were four other ex-officials, also allegedly on the take.

The 44-year-old Greek Social Democrat was arrested in Belgium last Friday over allegations she was part of a group accepting bribes from Qatar in exchange for promoting policies friendly to the Gulf state. Both Qatar and the lawmaker have denied any wrongdoing.

The return on investment Qatar was allegedly seeking was for high-profile parliamentarians to sing its praises and polish its tarnished image over human rights violations. More importantly, however, Doha is hellbent on securing visa-free access for its citizens to the Schengen Zone. Passing such legislation would catapult its passport to the GCC’s most powerful travel document, on par with their near-peer Emirati rivals.

Keeping the Gulf at arm’s length

It is no coincidence that Europe finds itself cozying up to the Gulf monarchies as energy insecurity reaches a tipping point. Qatar, in particular, is known for punching above its weight whenever the opportunity to do so arises.

The tiny peninsula often resorts to soft power tools as a means of making its presence felt both regionally and globally. The biggest takeaway from this scandal is that corruption knows no boundaries. The East draws heavy flak for organised crime and misappropriating funds even though Mediterranean policymakers are just as receptive to side hustles which ultimately line their pockets. It is high time the same degree of scrutiny were applied across the board rather than being skewed towards a certain geography.

Besides Qatar, a visa waiver agreement was also in the offing with neighbouring Kuwait, where the death penalty is still in effect and religious pluralism is not recognised. Should a deal of this kind materialise, the European Union will have a lot to answer for.

Preaching respect for humanity to the rest of the world while aligning itself with both theocracies is frankly the height of double standards. The Gulf’s notoriety for denying its inhabitants the most fundamental civil liberties is well known by now, not to mention anything of how abysmally women and minorities are treated.

Forging closer alliances with malign actors whose values are totally incongruous with those of the West warrants far greater introspection, especially as they attempt to shore up worldwide support for Ukraine in the name of defending democracy.

Europe’s outreach to the Gulf is a self-serving endeavour that will admittedly reap fruit in the form of affordable LNG. This short-lived succour, however, is more than offset by the loss of face wrought upon the establishment as further findings of Qatargate unravel.

Its ruling elite will have an especially hard time convincing the public why Russia and China pose a threat to their way of life while these inherently repressive Middle Eastern regimes get a free pass. Palm-greasing controversies implicating a Muslim-majority third country serve as cannot fodder for the bloc’s right-wing conservatives. The Visegràd Group is renowned for taking an overtly anti-Islamic stance when it comes to inbound migration. Accusations of its most prominent members, Hungary and Poland, failing to enforce rule of law domestically have all but turned on their head in the past few days.

To truly come clean and absolve itself of any wrongdoings, the European Union needs to conduct a full-fledged investigation into the abolition of entry requirements for the UAE back in 2014. It is somewhat unjust that the Western Balkans and the Eastern Partnership (EaP) nations are appraised annually on how closely their governance models and policies dovetail with the EU whereas other Annex II states are not subject to similar checks and balances.

Their latest Visa Suspension Report warns the countries included against offering so-called “Golden Passports” and liberalising visa regulations. Meanwhile, the UAE is still harbouring countless high-profile Russians thanks to its Golden Visa residency scheme. Two Dubai-based companies have also been involved in facilitating the supply of Iranian-made UAVs to Russia, as per the US State Department.

Consigning Bucharest and Sofia to half-baked membership was an ill-thought-out move on the part of Brussels. At a time when it is of the utmost importance that the European Union demonstrate solidarity and expand its geopolitical influence, the exact opposite has transpired courtesy of a few internal spoilers.

On the one hand, keeping both Romania and Bulgaria out of Schengen could be down to their proximity to Turkey. The marked surge in irregular arrivals via Southeastern Europe and Asia Minor undoubtedly had something to do with these peripheral states receiving the cold-shoulder.

That said, Croatia is now officially part of the free movement area in spite of sharing a 932 kilometre-long border with Bosnia and Herzegovina – a chokepoint for thousands of Afghan and Syrian economic migrants masquerading as asylum seekers.

The agenda behind this regrettable decision centres on preserving the current status quo over and above any apprehensions of another refugee crisis in the making. It is no secret that emerging Europe has fared much better than Western counterparts when it comes to safety, social harmony, the ease of doing business and fiscal attractiveness. In light of these shifting sands, the French and Germans will stop at nothing to cut the up-and-coming Eastern bloc nations back down to size.

The Schengen vote is a classic case of divide-and-rule intended to stir up animosity between three nations on an equal footing with one another. Corruption only goes so far in credibly justifying why the Romanians and Bulgarians must now hold out a decade longer for admission, even though they had begun cleaning up their act prior to Zagreb.