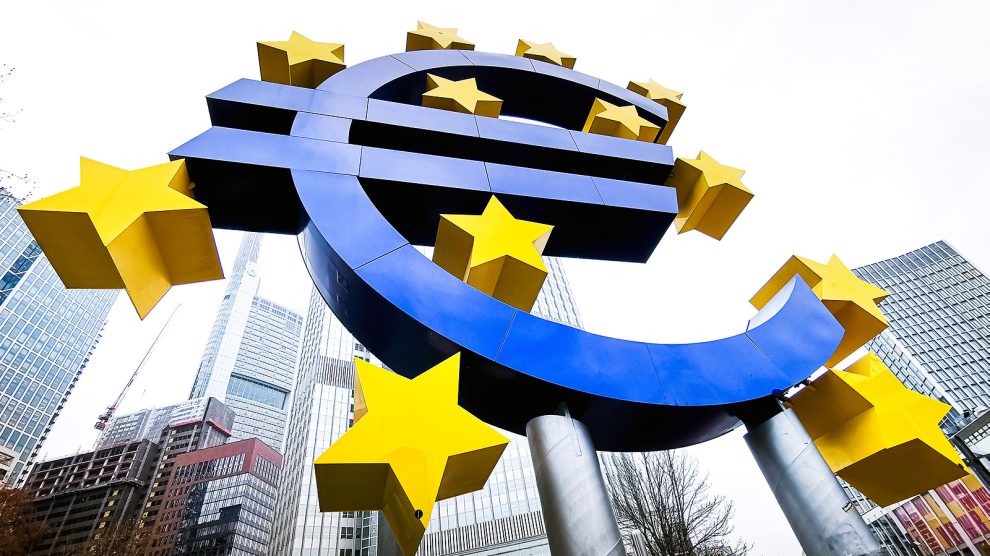 In the turbulent times we find ourselves, monetary policy alone cannot cope with containing inflation without bringing considerable costs in a form of recession and social dislocation. National governments and European institutions should assume greater responsibility for supervising critical markets and avoiding exorbitant price jumps.

Everyone agrees that this year’s initial spike in inflation was driven mainly by supply-side shocks. Then, a market failure exacerbated the effect of these shocks to exorbitant levels, particularly gas prices.

One does not need to be an economist to see something wrong with the market when the gas price (TTF benchmark) shoots to 340 euros/MWh in August 2022 compared to the long-time average of around 20 euros/MWh. The price then fell to 100 euros/MWh by the end of October.

This kind of fluctuation cannot be justified by supply and demand for gas. This is a failure of the existing market structure and regulations, as well as an instance of monopoly power and speculation by certain market players. The same can be said of other commodity markets, including wheat and edible oils, among others. The EU electricity market also appeared inadequate to withstand the current turbulence.

The European Central Bank and other central banks responded to price jumps by tightening monetary policy – as that is their job.

Yet, it is rather frustrating to see the difficult trade-off the central banks face: tolerating inflation or putting economies into recession. The monetary policy simply does not have so much influence on the supply-side factors. In the end, increased rates and reduced asset purchases will produce the cooling down of inflation at the cost of a massive recession. Can we do better than that?

Here is where governments and EU regulators need to step in. The inflation performance in France and Spain, the two major EU countries that introduced electricity price caps, shows that this is an effective way to curb inflation. As of October 2022, they had the lowest inflation rates in the Euro area. The cap does not need to be permanent, but it helps prevent the initial spike from translating into broad-based inflation.

The story with the EU gas price cap shows how difficult it could be to agree on and implement anti-inflationary policies at the EU level.

The last proposal discussed by energy ministers on November 24 was to limit the fluctuations of the TTF gas price. It was quite an obvious thing to do and the easiest among the measures the European Commission outlined in its proposal for dealing with the energy crisis.

In the negotiation process, the cap was watered down to such an extent that it would be toothless – the price threshold was set too high, and the period during which the excess price would be tolerated would be too long.

The 15 countries that demand a cap say it is essential for keeping social peace and the economies up and running. The countries that oppose the cap (Germany, Denmark, and the Netherlands) say it might increase consumption and divert international LNG supplies elsewhere. On the opposing side are also gas traders who warn of potential market destabilisation. Not surprisingly, the energy ministers could not come to an agreement during their meeting.

The situation with the TTF Index is a case for regulatory intervention similar to the one during the 2008 financial crisis when prices of diverse financial instruments got disconnected from reality (underlying assets).

Given the strategic importance of energy supplies, the case for gas and electricity trading regulation is even stronger. The Commission expects that rebalancing the gas market toward LNG and expanding interconnecting capacities will help reduce price differentials of TTF vs other hubs.

Furthermore, a new gas price index for the EU is expected to become operational in the spring of 2023. In the meantime, capping the fluctuations of the TTF Index is one of the fastest and easiest solutions to avoid abnormal price behaviour.

Markets are inefficient at times of war

In dealing with this issue, the EU should keep in mind that our environment has changed, and yesterday’s mode of operation may no longer be adequate. We are finding ourselves in a period of heightened volatility and uncertainty, and there may be many disturbances in different markers, for example, energy and food.

Markets are inefficient at times of war, pandemics, or other “black swan” events, meaning that if the governments do not intervene, we will face significant price volatility. In this case, the only thing the central banks can do is tighten monetary policy, implying that Europe is doomed to a prolonged recession.

To get out of this crisis, the EU and national governments need to take share of the responsibility for containing inflation. In the short term, this means limiting price volatility, and in the longer term, it means reforming and better regulating the markets, notably for strategic goods such as food and energy.

Anna Kolesnichenko is an associate fellow at GLOBSEC.

Corruption is no longer a tenable dividing line between East and West
Where are the Russian protests against the invasion of Ukraine?
Comment