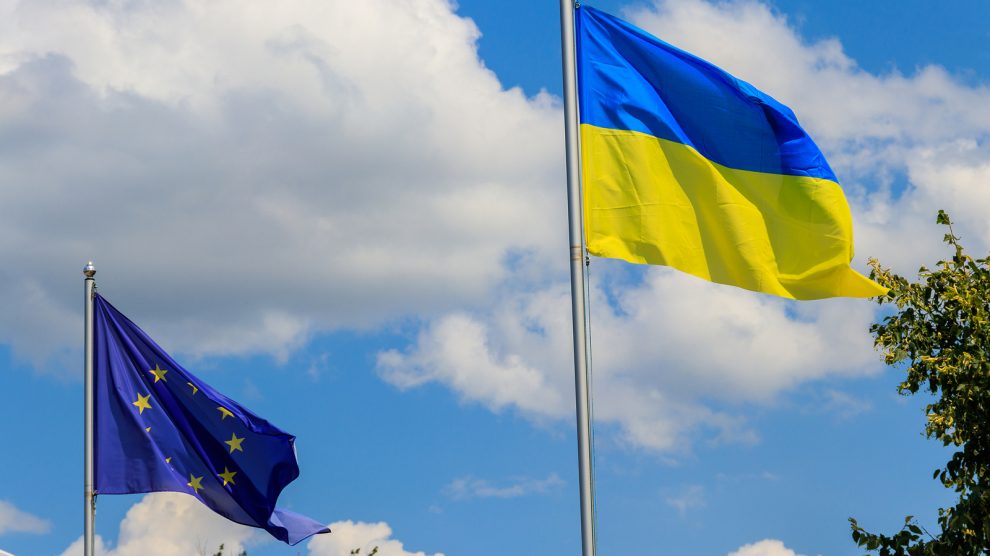 Candidate status is just the first step in the long process of obtaining full EU membership. But it will be a motivation for Ukraine’s people and businesses to continue defending democratic values.

There is less than a month left before the next meeting of the European Council, where the leaders of EU member states will consider Ukraine’s application to join the European Union.

The whole country hopes that the outcome will be positive, and that Ukraine will get candidacy status.

During these 100 days we have learnt a lot. Businesses, for example, have learnt how to farm and not get blown up by a mine, how to do business just a few kilometres from the frontline, how to work between dashes to the bomb shelter, how to change logistic routes almost every week – or to find new ones.

It is difficult to believe that this is all going on in the heart of Europe, but unfortunately, that is the reality. And Ukraine is fighting to ensure that this will never be allowed to happen again. In any country.

When it comes to the EU, Ukraine does not ask for bonuses, privileges, or “discounts”.

However, our country objectively deserves candidate status. And at the same rapid pace, as Ukraine is reclaiming its future today, we will fulfill all further requirements to become an EU member. We have already shown the world how stubborn and goal-oriented our people, businesses, authorities can be.

There are around 1,000 European Business Association member companies continuing to work despite the hostilities, paying taxes and supporting the country.

Although war-linked losses are growing every month, business is nevertheless determined to operate further and to get involved in the reconstruction and development of Ukraine.

According to the latest EBA research, 47 per cent of companies are fully operational (last month it was 28 per cent), while 50 per cent are partially operational or working with certain restrictions.

Some 37 per cent of companies have limited the geography of their activities, 17 per cent switched to online, and 16 per cent closed a part of their offices, outlets, or branches. Encouragingly, among those companies that previously suspended operations, 17 per cent have already resumed activity, either in full or in part.

Business continues to support people. The number of companies paying full salaries to their employees has increased slightly to 63 per cent. Moreover, 25 per cent are making additional or advance payments. Meanwhile, 13 per cent were forced to cut their monetary remuneration, and nine per cent have reduced (or stopped paying) bonuses.

Also, four per cent of companies have been forced to send staff on unpaid leave, while the number of companies resorting to layoffs has increased slightly to eight per cent (last month it was three per cent).

At the same time, business – together with the rest of the country – needs decisive action on the part of European countries, and not just statements.

A clear signal is needed

Business needs to see that the EU’s doors are open to Ukraine. There must be a clear signal that confirms the European prospects for our country. Recognising Ukraine as a candidate for EU membership would be such a signal. It will be a motivation for business and a light at the end of the tunnel.

Moreover, the EU’s candidacy and future accession process is the best framework for rebuilding the country after the war. And EU investment in this rebuilding will be most efficient if its based on European standards and carried out with the participation of the EU, including European business.

Ukraine has huge opportunities in agriculture, IT (a sector which is currently growing by 20-25 per cent annually), mechanical engineering, food and food processing, and metallurgy – among much else.

Moreover, Ukrainians are not only brave, they are extremely talented and professional as well. About 70 per cent of Ukrainians have completed higher education. Over the past decade, FDI in Ukraine has reached nearly 35 billion US dollars.

With Ukraine, the European Union will be stronger.

Obviously, we understand that candidate status is just the first step in the long process of obtaining full membership. But it will be a motivation to continue defending democratic values – both for people and for businesses.

Additionally, it will be a great gesture of support from a strong and powerful Europe.

Therefore, businesses and the whole of Ukraine look forward to European leaders granting us EU candidate status in June. Ukraine is united, and this unity must not be lost.

Ukraine’s banking sector remains an island of stability, but the outlook is gloomy 
Moldova needs EU candidate status and effective support for its membership perspective 
Comment