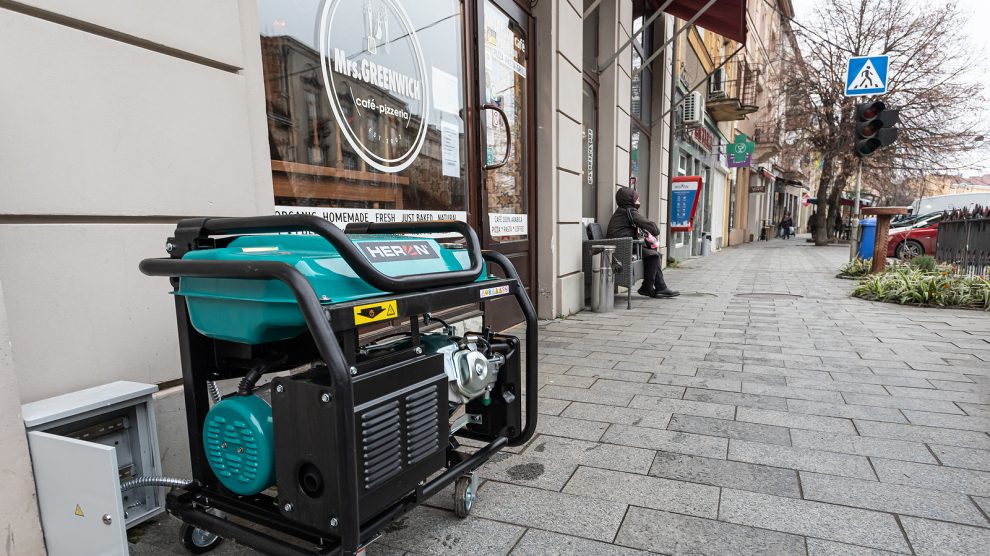 Russia’s air attacks on Ukraine did not stop even during the holidays. On December 29 alone, Russia fired 69 missiles at peaceful cities and critical infrastructure facilities. The Ukrainian energy sector had already lost almost 50 per cent of its resources. It will now take more than a month to restore Ukraine’s energy infrastructure.

Its modernisation, meanwhile, will take years. And this is on the assumption that there will be no new destruction. In Kyiv alone, 60 per cent of transformers have been destroyed as a result of enemy air attacks. Replacing them is difficult: acquiring the necessary equipment is a complicated and time-consuming process. As such, the Ukrainian government and energy sector have warned Ukrainians that they will live “according to schedules” of on and off power supplies until at least spring.

In order to make more energy sources available at state, business and household levels, the Ukrainian government, with the support of its international partners, has launched a number of programmes looking at different methods of power supply.

One is imports. Ukraine can import electricity from Poland, Slovakia, Hungary and Romania, where the transmission capacity of power lines for international energy flows is more than 600 MW.

However, commercial capacity is much smaller. Ukraine is currently negotiating with partners to increase it from 400 MW for exports and 500 MW for imports to at least 1,000-1,500 MW. Nevertheless, this requires not only political and business decisions to be made but also technical work, in particular the reconstruction of a high voltage line between Khmelnitsky Nuclear Power Plant and Rzeszow in Poland.

To do so in the current circumstances would be extremely difficult. Furthermore, electricity in Europe is at least twice as expensive as that which Ukrainian businesses buy on the domestic market, and costs much more than the price household consumers pay.

More realistic is the use of gas turbines and gas piston mobile generation – at least to support critical infrastructure in case of disconnection. Such equipment is expected to arrive in Ukraine in the near future. According to preliminary estimates four-six such units are needed to save Kyiv’s critical infrastructure. To support household consumers, up to 10 will be needed.

Gasoline, diesel, gas and combined generators, have become a common sight on the streets of Ukraine’s cities and in the back rooms of commercial facilities. They can be seen and heard more and more often.

These devices have already sold out across Ukraine, and generators are currently the most popular goods purchased by Ukrainian living abroad and sent home. Every day Ukraine receives shipments of hundreds of units from international partners and benefactors.

However, according to estimates by the Ministry of Economy announced on December 15, only 20 per cent of critical retail outlets and about 15 per cent of bank branches are equipped with generators.

Medical institutions and key infrastructure facilities are a separate topic. These had their own generators before Russia’s invasion, but now providing them with additional, more powerful and efficient equipment is one of the main tasks of the state and local authorities.

As is equipping generators with “Points of Integrity” (in almost every settlement in Ukraine the local authorities have created hundreds of such points, equipped with a source of energy, hot meals, tea and coffee).

And just last week, the Ukrainian parliament passed a bill allowing the duty-free imports of Starlink terminals into Ukraine.

A price worth paying?

Ukraine’s Ministry of Agrarian Policy, together with the World Bank, recently launched a programme to reimburse the cost of installing generators or solid fuel boilers on elevators. And the Ukrainian Post Office is negotiating with the national postal operators of partner countries for the reception of generators and charging stations in their branches for duty-free delivery to Ukraine.

Some cities in Ukraine have started their own programmes for the preferential provision of housing stock with generators. For example, in Kyiv, up to 75 per cent of the cost of generators purchased for the needs of housing and construction cooperatives and homes equipped with individual heating units are reimbursed. And in Ivano-Frankivsk condominiums or management companies can obtain generators for free if shelters are set up in basements.

For all their much-needed power, generators are a threat to the environment and poison the air. If a generator is installed in a closed room, there is a risk of fire and of carbon monoxide poisoning.

There have already been cases not only of fires, but even explosions in apartment buildings, whose residents used generators. In addition, most models, with the exception of gas-fired generators, are noisy.

Ukraine also has no companies currently producing generators. Most are imported from China, Poland, France and Germany. And for those generators imported from abroad, the Ukrainian market does not have the necessary number of spare parts.

Neither are there any enterprises that can take care of the disposal of used generators. It’s an issue that I hope the Ukrainian government will take care of – after the war.

Why we need a Ukrainian victory, not peace negotiations 
How Ukraine is adapting to frequent blackouts
Comment