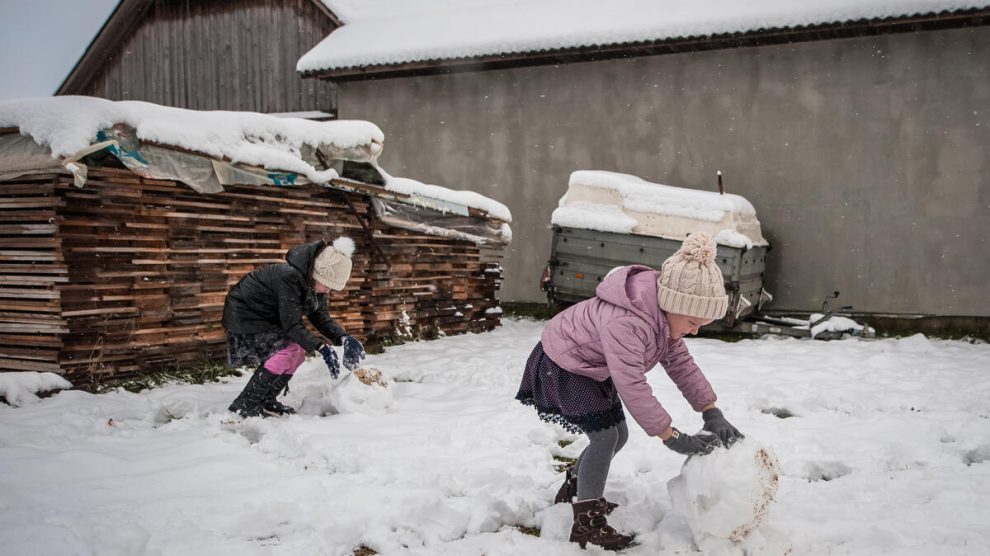 From an eight-year-old girl whose hair has started to turn grey to a nine-year girl who has put peace at the top of her Christmas wish list, a powerful new photo series has documented the lives of children and their families living in Ukraine, Romania and the UK as they approach Christmas living in a war zone or as refugees in Europe.

Renowned Ukrainian photographers Anastasia Vlasova, Alina Smutko and Nina Sologubenko have captured children’s daily lives, and their hopes and dreams, as they face the end of the year in their new reality.

Their images show the impact of almost 10 months of war, which has devastated the lives of 7.5 million children from Ukraine.

Constant attacks including air strikes, missiles and shelling are estimated by the UN to have claimed the lives of over 400 children and left over 700 with life-changing injuries since February. The true figure is likely to be much higher.

The war in Ukraine has triggered the largest refugee crisis in Europe since World War II. As a result, millions of children from Ukraine will be spending this Christmas far from home, familiarity and loved ones.

Almost eight million people from Ukraine have fled to European countries, an estimated 40 per cent of whom are children. For those who have stayed in the country, an estimated 6.5 million people have fled their homes due to the conflict and are now internally displaced. Many now face a winter of hardship and suffering, enduring freezing temperatures, blackouts and lack of shelter.

Krhystyna*, eight, from Bucha in Kyiv, spent five-six hours at a time in a freezing basement taking shelter with her family during the height of the conflict whilst missiles and bombs rained down on their community. Her mother Oksana* says her daughter’s hair has started to turn grey from the stress of what she endured, and cries when she braids it.

“Look at my elder daughter, she is only eight, and she’ has grey hair. I do not tell her, but when I braid her hair, I burst into tears, because she is a little child, and they saw such things,” said Oksana. “It was very scary sitting in the basement, knowing that if God forbid the house was hit, you would be buried. You’re not worried about yourself at that point, you’re scared for your children.”

Kryshtyna knows this Christmas will be very different from previous years as they try to recover from the trauma of what happened in their community.

The photo series captures the heartbreak of leaving family and friends behind in Ukraine and the challenge of starting life in a new country, but also the hope, support and generosity of the public in refugee hosting countries.

Karina*, 12, and her family have been driven from their homes twice during the conflict, fleeing to escape the fighting in Donetsk in 2014 and this year when missiles struck close to their home in Odesa. They found sanctuary in northern Romania, where they receive counselling and other support at a centre run by Save the Children for refugees from Ukraine.

“I have met all my friends there, they organise trips, they give away coupons, they help with food, water, clothes. They really want to help very much, and they really help,” said Karina. “On some of their (counselling) classes I was crying, they could really get into your soul…there’s support and compassion.”

When asked about Christmas she says: “There’s going to be something lacking. You know, the atmosphere of Ukrainian Christmas.”

Save the Children’s director for Ukraine, Sonia Khush, says that the psychological toll of living through war cannot be underestimated.

“Children can be incredibly resilient, and, with the right support to talk about and deal with their fears, they can learn to cope and start to recover from the consequences of war.

“Every month that this war goes on comes new, previously unimaginable depths of violence against children. This must be the last Christmas that children from Ukraine experience living under attack or in host countries, away from home.”

‘All I want for Christmas is want peace’

Nine-year-old Masha* fled with her family from Kyiv in June when the city was attacked and now lives in a seaside town in UK. She left her father in Kyiv and has not seen him for over six months. They say this is the biggest challenge facing the family, that they are apart.

“I would like my dad to come here, or at least to talk to him over the phone,” said Masha. “He said everything I draw may come true. So, I drew for us to be together, for us to be at the seaside next summer… And when I was drawing him, I felt happy.”

When asked what she wants for Christmas, Masha said “I want peace”.