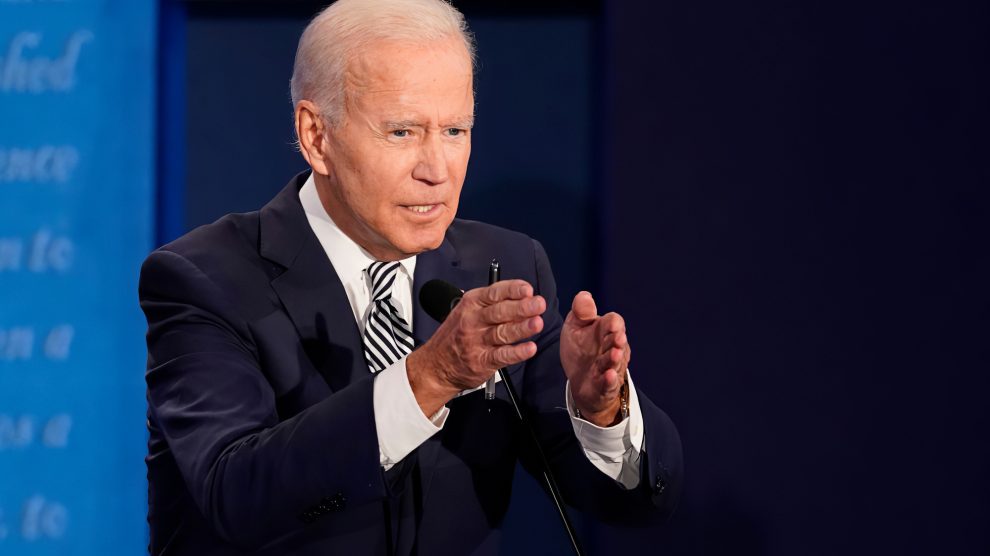 Europe has changed over the past decade. Joe Biden needs to take this into account and show greater awareness of where the European Union and its aspiring members stand.

“I think you’re a damn war criminal and you should be tried as one.”

That’s what US President-elect Joe Biden told Serbian leader Slobodan Milošević when he met him in 1993. Almost 10 years later, Milošević was on his way to The Hague to be tried at the International Criminal Court.

Biden remembers the Balkans and the disintegration of Yugoslavia. He and the Democrats also had a tough stance on Kosovo’s formation and independence. Political integration in the form of EU and NATO enlargement as a safeguard against the Balkans backsliding into future nationalism-fueled conflict has been a hallmark of Democrat foreign policy in the region.

That was a mantra repeated by Europeans themselves. At least, that was the case ten years ago.

Now that Biden is back, he will be facing a very different Europe with some acute anti-enlargement sentiments and nationalistic fragmentation at and within the EU and European NATO, as well as on the outskirts of the alliances, specifically on the Balkans. These are trends and impulses which should not be dismissed as yet another instance of the Balkans being the Balkans and European nation-states being European nation-states. “They fight – it’s what they do.”

Last week, at a House Foreign Affairs Committee hearing, former Secretary of State Madeleine Albright called the Bulgarian veto of EU accession talks for North Macedonia “internal reasons”. In her recommendations for the new administration, Albright is misguided and wrong here to attribute the recent developments simply to internal reasons – as if that was somehow secondary inconvenience, as if interests and identities were created externally, rather than internally.

It is like Albright saying that the Make America Great Again movement in the US was a “little internal inconvenience” which European partners would just have to navigate. A cough. A hiccough, which assumed the shape of four years. That would simply not be true.

Even though we would all much rather wish to see a big, strong, growing, unified European Union, there are legitimate forces at play in both French and Dutch anti-enlargement sentiments, Emmanuel Macron’s veto on the Western Balkans EU accession talks in 2019, as well as Bulgarian and Greek identity-based opposition concerning names, languages, and history.

Brexit, as well, is a legitimate anti-EU force rather than an irrational choice, easily dismissed as a misinformed and ill-guided decision by the uncivilised and backward in British society.

These legitimate forces, including what’s at play in the Balkan vetoes, are to be reckoned with and cannot be attributed to some irrational, worn-out, petty, local fighting, Balkan scuffle, which can be navigated if there was only better communication of the “common goal”.

This is where we see the limitation of Benedict Anderson’s interpretation of European and Balkan nation-states as “imagined communities” which could have easily turned out very different under different messaging and history recollection techniques, and equally so, might as well be deconstructed if we simply tweaked and reimagined the narrative. In fact, national identities are some of the toughest things to crack – and I am not sure that these narratives actually have to be cracked.

Identity is identity. Leverage is leverage. Biden’s new administration will have to show a better understanding of where the EU and its aspiring outskirts on the Balkans stand at the moment.

It is largely accepted that Donald Trump’s impeachment-embroiled ambassador to the EU, Gordon Sondland, will go soon. And while it is still unclear who Biden’s new EU ambassador will be, he or she will have to make sure to recognise the anti-enlargement megatrend found in Europe at the moment, if we want to make sure that “EU fatigue” does not turn into “EU resentment”.

Attributing this megatrend to just some petty, nationalistic scuffle and to “the Balkans being the Balkans” will not serve well to create a constructive dynamic, and the Biden administration will hit a wall.