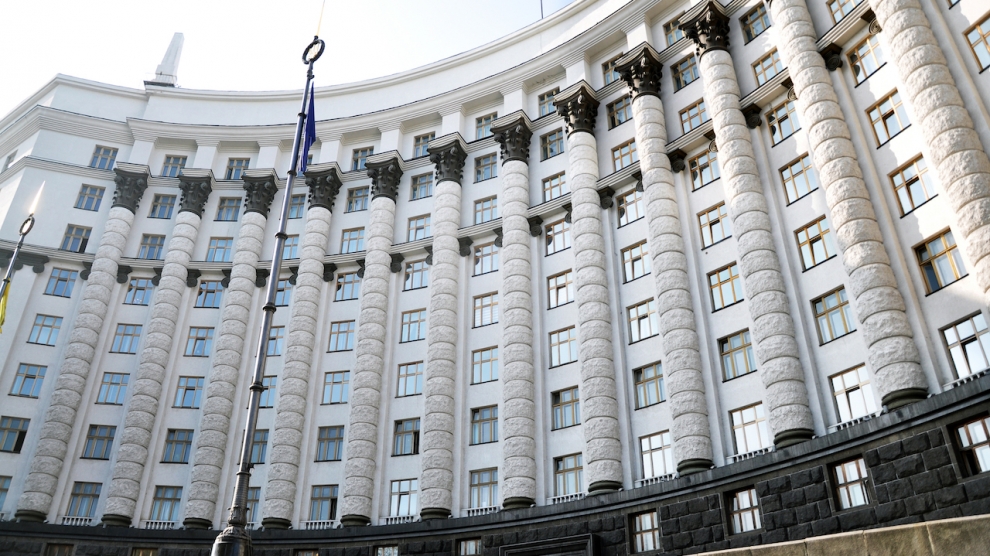 As so often in the past quarter century, Ukraine is again in the news internationally, with questions being asked about how President Trump’s apparently friendly attitude towards Putin might affect the issues of Crimean annexation and the Russian intervention in the Donbas. Such a threat to the sovereignty of a nation that declared independence from the USSR only 25 years ago, gives cause for good analyses of how Ukraine has developed.

Despite 1991’s great expectations of a successful transition to a strong market economy, Ukraine has, in fact, dramatically fallen behind its neighbours such as Poland. At the outset, these two broadly similar economies had about the same levels of GDP per capita, but today Poland’s is three-four times higher. Arguably, such a weak performance contributed to Ukraine’s vulnerability and this was exploited by Moscow, pursuing Putin’s policy of renewed imperialism.

The country’s economic performance has been very disappointing, and is far from meeting the prognosis of a famed 1992 Deutsche Bank study that stated that Ukraine had by far the best prospects for economic success after the dissolution of the USSR. The GDP per capita that fell behind most other post-communist economies, was not only the common measure of well-being, but also other indicators of social and material living standards were used such as the UN’s Human Development Index.

Contrary to the claims of many critics of rapid, shock-therapy reforms, it is true that today, Ukrainians live much better than in the Soviet period with larger apartments, far more automobile ownership, higher consumption of high-quality of food products, considerable travel abroad and so on. Those facts and the unquestioned acceptance of Ukraine as a sovereign nation by the world, officially and on the street, are very positive achievements.

But using the standards of living from the Soviet days is a pretty minimal benchmark. Compared with many of its neighbours, especially in Central Europe, Ukraine’s economic development has been among the lowest of the two dozen post-communist nations. Compared to the expectations of experts such as those at Deutsche Bank and, more importantly, the people who voted overwhelmingly for Independence in December 1991, its performance has been very poor.

Why did Ukraine not do better than this? Many of its early leaders explained the difficulties by pointing to three impediments: firstly, this “new” nation needed to build up its state institutions first, as unlike Poland and others it did not have them under Soviet rule: Secondly, Ukraine was “burdened” with large, inefficient industrial and military factories which were difficult to convert and thirdly, it was very difficult to pursue market reforms since Ukraine did not have the necessary experts, economists and financiers who knew how to create a market economy.

However, none of these explanations is convincing, and indeed it is best to think of them as “excuses” used by the “new-old” ruling elite of converted former communists. Their main desire was to delay any real changes to the market long enough so they could become the new capitalists, using their insider privileges to obtain preferences in economic activity and bargain-basement prices when privatising state factories.

The consensus conclusion of transition experts is that the countries which have performed best and minimised the inevitable social costs of transformation, were those that started market reforms early and then pursued them resolutely.

Since 1991, the European Bank for Reconstruction and Development has measured progress to the market with its Transition Progress Indicator (TPI); the harsh fact is that Ukraine was one of the greatest laggards in reforms, with virtually no forward movement in the first three years of independence during the Kravchuk Presidency. The main reason for the poor economic performance was that delay and not the three excuses out forward by the political leaders.

Alas, it was worse, because the delay also opened the door wide for insider deals and for rent-seeking new capitalists, of whom the early nineties embryos of some of them had grown into fully-fledged oligarchs. In parallel, the lack of transparent competitive market operations also led to an environments where the level of corruption grew steadily to become one of the worst in the world, as assessed by the World Bank and Transparency International. Those who follow Ukraine today are well aware that pervasive, persistent and pernicious corruption is the number one problem in the country.

In what sense were the political leaders’ explanations wrong? Firstly, while common state institutions did need building-up, this certainly could have – no, should have included building up economic strength. Its lack was also reflected in a weak military which was surely also a factor in Moscow’s easy occupying stroll into Crimea in 2014.

Secondly, the alleged burden of inefficient industries and a big large and complex military had another side to it: Ukraine had one of the strongest pools of human capital and the scientific endowments from all the nations of the region were second only to those in Russia. Instead of using this as an excuse, leaders who lead might have parlayed the country through early transformation into a competitive highly-skilled IT environment and a sophisticated manufacturing strength.

Thirdly, while on the face of it, the assertion that Ukraine did not have many experts and/or academics who are familiar with market economics seems true to different degrees throughout the Socialist Camp, but this did not deter Central Europe or the Baltic countries from undertaking rapid reforms. In fact, one only needs a very small number of key leaders to head up ministries and the Central Bank or to act as advisers.

Furthermore, a closer look at the earlier times in Ukraine confirms that there were indeed a handful of people with such capabilities, who somehow were found in order to serve in the (temporarily) reform-oriented government of Kuchma in 1994.

Together with a more complete retrospective review of developments since 1991, it becomes necessary to revise some of the conventional interpretations; only four main ones are noted. Firstly, correct data for economic variables dispels the notion that the income of Ukrainians is still lower than in the Soviet period; official statistics from then are simply not comparable to market-based GDP and various direct measures of consumption clearly show living standards are far higher today. That is to say, even the partial move to a market economy has produced benefits.

Secondly, the explanations for Ukraine’s poor economic performance as given by political leaders are unconvincing and the main reason Ukraine has fallen so far behind other post-communist countries is the very long delay in any reforms and their slow progress afterwards.

Thirdly, the rise of an oligarch class was not a matter of bad luck where greedy new capitalists took advantage of others, but was clearly due to the delayed and incomplete economic reforms; the same can be said for the growth in corruption.

Fourthly, the commonly accepted view that the oligarchs were created under President Kuchma is only partly true; the beginning of all capitalist fortunes in Ukraine, large and small, already began under Kravchuk, though Kuchma’s turn away from an initial reform policy was critical in nurturing them to full a bloom of multi-million and billion fortunes.

Edmund Burke famously said; “those who forget history are bound to repeat it”: Following his suggestion consider the three key lessons of this history for the new Government after the EuroMaidan victory in February 2014. When there is an opportunity where society and politicians are ready to make reforms, they should not be postponed while looking for a non-existent optimum strategy, but should be made quickly, comprehensively and then continued resolutely. Concerns that rapid reforms will hurt the population has absolutely no basis in the history of transition; the countries that moved earliest and fastest suffered the least amount of social costs.

Finally, opponents to reform with vested interests will never state this openly and all their “excuses’ for going slowly should be ignored. This should be done in order to convey, to the privileged few, be they large oligarchs or merely millionaire capitalists, that the game of rent-seeking through government privileges is finished. Where evidence for illegal activities is available, prosecution through the courts is an important supplement to policy reforms.

In a word, the economic outcome since independence is comprised of capitalism for the few and low incomes for the many. If a short and succinct explanation of this inadequate performance is wanted, one can do no better than cite the renowned Austrian economist of the early 20th century — Ludwig von Mises, who just happened to have been born in Lviv in 1881: “The worst evils which mankind has ever had to endure were inflicted by bad governments.”

For Oleh Havrylyshyn’s full analysis of the political economy in Ukraine, read his book: “The Political Economy of Independent Ukraine: Late Starts, False Starts, and Last Chance?” published by Palgrave Macmillan Publishers, 2017. Click here to order the book on Amazon.

Professor Oleh Havrylyshyn is a former Deputy Minister of Finance and International Affairs in the first Ukrainian government, and after Maidan an economic advisor to the Presidential Administration of Ukraine. He was a Professor of Economics at Toronto University and the Joint Vienna Institute and Queen’s University and George Washington University, as well as a Visiting Professor at University Libre de Bruxelles (1981-1982) and Geneva Institute of International Studies (1986-1987).