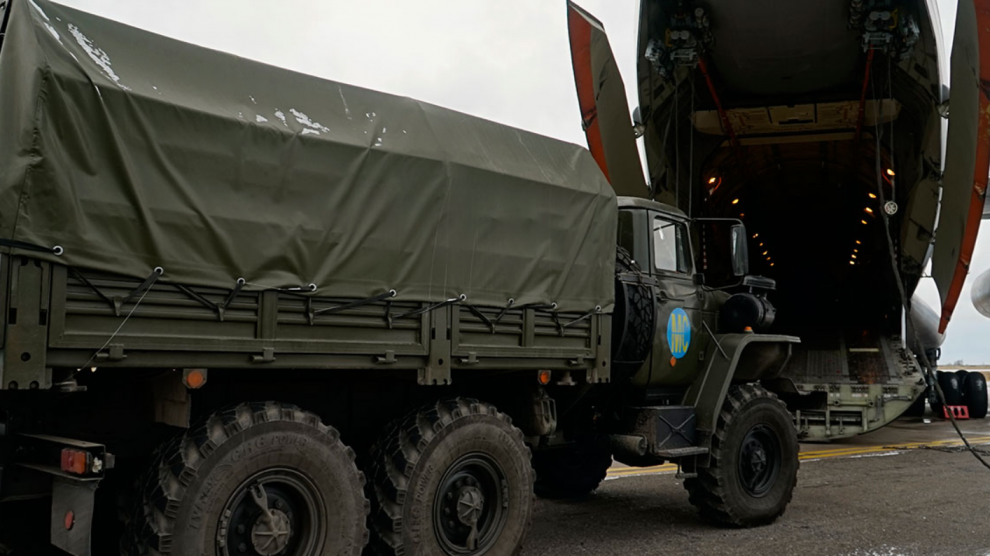 The EU still has a role to play in Nagorno-Karabakh, if it wants one.

To say that the EU has been outmanoeuvred by Russia in Nagorno-Karabakh would be wrong, for this would suggest that the EU was manoeuvring in the first place.

As two members of its Eastern Partnership slid into full-scale war, the EU failed to say anything of meaning, let alone do anything of substance. Despite this, however, all is not lost and there remains a path for the EU to retain at least some semblance of relevance in the Caucasus.

A quarter of a century after Russia brokered the 1994 ceasefire that brought fighting in the previous Nagorno-Karabakh war to a close, it has now once again established itself as the final arbiter of the region’s fate.

Yet despite being referred to as a peace deal, the agreement concluded earlier this week is far from a deal and, whilst having brought an end to fighting and re-frozen the conflict, it has by no means brought peace between the two sides.

Since launching a military offensive on September 27, President Ilham Aliyev of Azerbaijan held firmly to his stance that his fight would continue until Armenian forces unilaterally withdrew from the seven Azeri districts that surround Nagorno-Karabakh – occupied since 1994 – and committed to a timetable to withdraw from the disputed region itself.

This is exactly what happened. Armenia fought on until to do so would be futile, with little promise but further destruction and unnecessary deaths. Nicu Popescu of the European Council on Foreign Relations has described the situation as having been “re-frozen in a way that resembles closely the Madrid Principles”, albeit with some caveats. The Madrid Principles are proposed peace settlements of the Nagorno-Karabakh conflict, first put forward by the OSCE Minsk Group in 2007.

Whilst territorially the outcome has broadly matched these terms, there is still a sizeable chunk of the former Nagorno-Karabakh Autonomous Oblast that rests now in Azerbaijani hands. This in itself is a big enough element to deem such a view as casual to say the least. For one thing, it has resulted in creating thousands of new Armenian refugees, clearly something that was not envisioned in Madrid back in 2007.

Most damaging of all, however, are not the results of this outcome but rather the process by which they have been achieved. Laurence Broers of Chatham House, in his recent book, Anatomy of a Rivalry, has described how relations between Armenia and Azerbaijan have transcended the Nagorno-Karabakh conflict, metastasizing in to a full-blown rivalry and hatred between the two states.

A peace deal, in which both sides made concessions, and both sides felt accommodated, was the key to any real attempt at long-term reconciliation. In quite different circumstances, we now see a victorious and boastful Azerbaijan, and a defeated and demoralised Armenia.

Rubbing salt in the wound, Turkey’s role in supporting Azerbaijan in this victory is a factor that has fused together the psychological scars of the Armenian Genocide with the more recent struggles of Nagorno-Karabakh. If such a feeling is internalised in the long-term, the divisions can only be deepened.

For these reasons, this so-called peace deal must not be seen as the endgame but as a new base from which to return to the negotiations. The joint statement issued on November 10 is itself a brief document of nine points, spelt out in very vague terms. This will by no means suffice to solve one of the most protracted and complicated of the post-Soviet conflicts.

Thomas de Waal of Carnegie Europe has suggested that there could still be a meaningful role for the West, noting that “Moscow may soon decide that it cannot implement this plan by itself. In that case it is likely to remember its multilateral role and call for the support of the other Minsk Group co-chairs and the OSCE as a whole”.

That Russian foreign minister, Sergey Lavrov, announced that representatives of the United States and France are expected to arrive in Moscow soon to discuss the document bodes well for this analysis, suggesting that Russia is still very much keeping its options open. There can be no doubt that Russia is now fully in the driving seat, however this is not as big a departure from the previous status-quo as perhaps might first be thought.

EU member states or other Western partners would always have been reluctant to intervene in Nagorno-Karabakh in the absence of a United Nations mandate. Given that such a mandate has always been Russia’s gift to give, future intervention by the EU rests on much of the same ground as it did before.

The EU should therefore make it clear that it believes in a continued role for the OSCE Minsk Group and that its member states stand ready to offer peacekeeping troops, should there be a wish to internationalise the Russian presence. Given that previous estimates for a peacekeeping force stood at around 10,000, the 1,960 proposed by Russia seems small.

Beyond this, the EU should make clear that further work is required to find a permanent status and settlement for the remaining part of Nagorno-Karabakh that is to be left for Armenians. Given the territorial settlement in Azerbaijan’s favour, there is now no reason to shy away from serious talk about recognition.

Most importantly, it must assert the need to focus on the issue of refugees. Tens of thousands of Armenians from Nagorno-Karabakh are now in Armenia as refugees, and there are huge amounts of work to be done if they are to return, and to return in safety. What on paper sounds simple, such as a new road connecting the now truncated Nagorno-Karabakh to Stepanakert, the region’s capital, poses huge logistical problems, and call into question some of the most fundamental assumptions about the return home of refugees.

So far, the EU’s High Representative Josep Borrell has taken a cautious and tentative step in this direction, outlining its continued support for the OSCE Minsk Group and describing the November 10 agreement as “a first step towards a comprehensive settlement”.

France has taken a step further, issuing a particularly strong statement in support of further talks and the need to find a more concrete solution that takes Armenian interests into greater account. Whilst the leading voice within the EU on this issue, it should take steps to convert what is seemingly a French position to one that can be fully embraced by the EU as a whole.

The November 10 agreement leaves more questions than answers. We must welcome it in the circumstances for preventing further bloodshed, but we must not fully embrace it as a lasting solution. Russia cannot provide a security blanket in perpetuity. We must find a solution that makes this unnecessary.

William Lavender is policy and advocacy officer at European Friends of Armenia, a Brussels-based NGO which aims to promote cooperation between the European Union and Armenia.